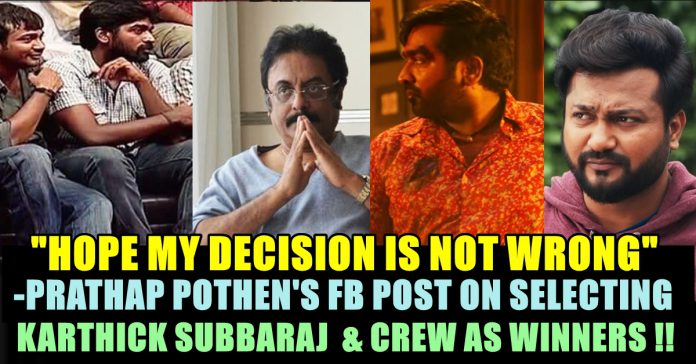 Naalaya Iyakunar, the short filmmaking contest on television, forged a friendship between Bobby Simha, Vijay Sethupathi and Karthik Subbaraj, which grew into a more serious and professional relationship. The three have become the defining faces of new wave Tamil cinema. “Our friendship goes back a long way. We worked together for many films. I have even worked as behind-the-scenes technician for some of their films.” said Bobby Simha in an interview. 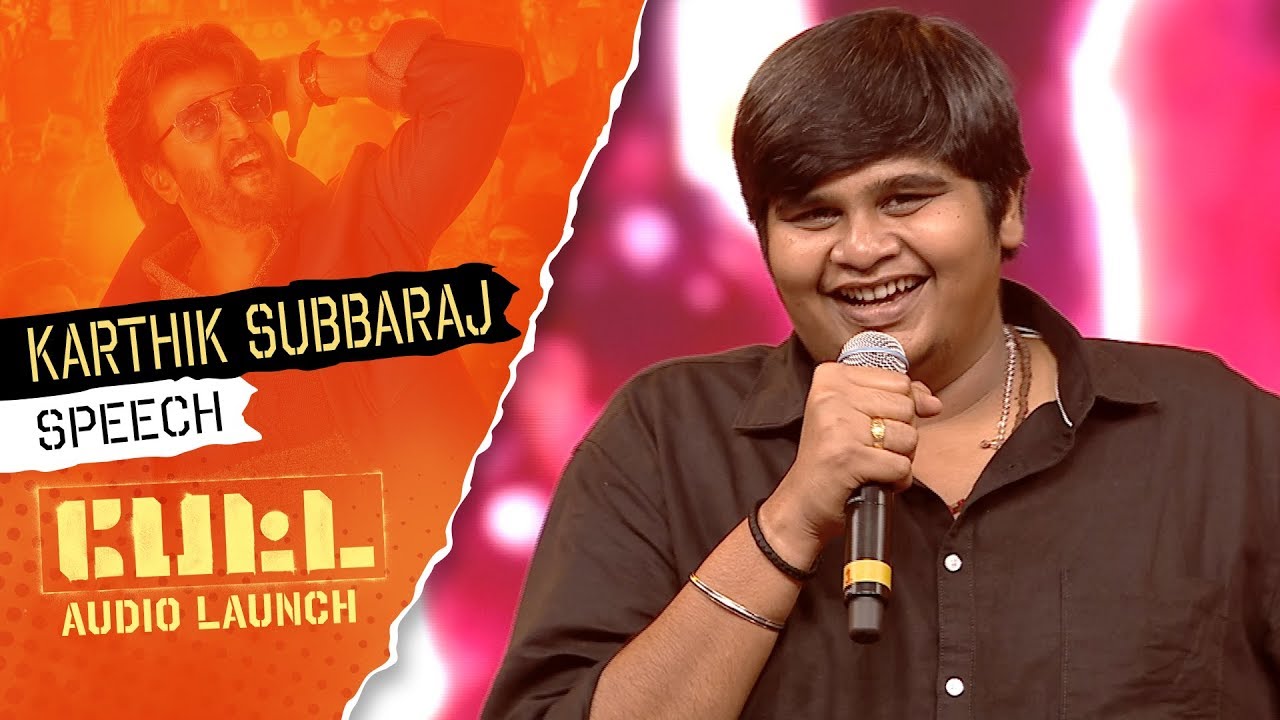 Each and every one who belong to the crew including Alphonse Putharen is now a precious creative aspect of south Indian cinema. Before stepping into mainstream cinema, Karthik Subburajdid lot of short films with many actors such as Vijay Sethupathi , Bobby Simha and many more who were not prolific in their journey in Cinema Industry. Also once he got chance in Naalaya Iyakkunar program in Kaligner TV, he used this opportunity to announce his arrival into Cinema Industry. Even Mani Ratnam once mentioned Karthik Subburaj as the current promising director during his questionnaire round in Koffee With DD show in Vijay TV. But the one who found the unique talent in Kathik Subbaraj and made him a winner of Nalaya Iyakkunar is no one but the judges of Nalaya Iyakkunar Prathap Pothen and Madhan.

The director who is now directed the Superstar of Tamil cinema in “Petta” which created massive expectation and releasing tomorrow. Today Prathap Pothen, the veteran actor in his official facebook account wrote a post about selecting the crew as winners. His post read “When I was the Judge in nale iyakkunnarin kalainjar tv,I chose this team including Karthik Subaraj as winners.Hope my decision is not wrong😃😃😃(in the pic bobby Simha ,vijay Sethupathi,Rajesh murugsan,Alphonse Puthren) in stage petai director Karthik”

One cannot be prouder than this. Pratap K. Pothen, popularly known as Pratap Pothen, is an Indian actor, director, writer, and producer who has acted in about 100 films. He has acted in Malayalam, Tamil and Telugu as well as Hindi films. His directorial ventures were in Tamil, Malayalam and Telugu.

Check out the reactions his posts got : 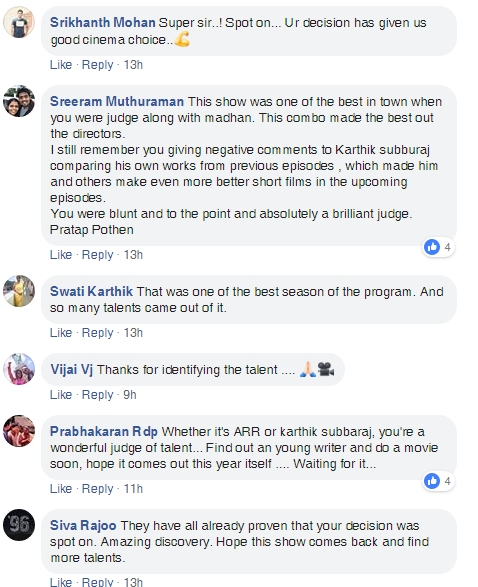 Rajinikanth’s Petta and Thala Ajith’s Viswasam are the biggest clashes of the year and fans are extremely excited about it. Both actors enjoy a massive fan base and this is going to be quite the competition. Rajinikanth’s film has Trisha Krishnan, Simran Bagga, Bobby Simha, Vijay Sethupathi and Nawazuddin Siddiqui in pivotal roles. Being one of the ardent fan of Rajinikanth from his childhood, Kathick said  “Working with Rajinikanth sir was like a dream. Back then, I have wondered if Thalaivar would appreciate if I make movies. In Indian cinema, Rajinikanth is the only actor who wholeheartedly appreciates others’ work.”

He added, “Petta is a Superstar film. When I narrated the script to him (Rajinikanth), he said ‘only I can do this. We will’.”