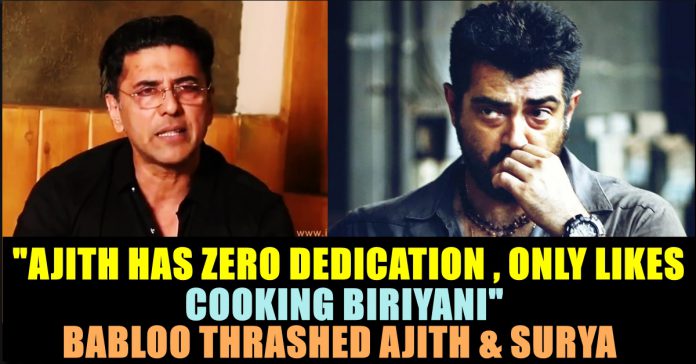 Ajith Kumar is an Indian film actor who works predominantly in Tamil cinema. In addition to his acting, he is also a motor car racer and participated in the MRF Racing series (2010) in Chennai, apart from cooking skills, photography and UAV/drone modelling.

He began his career with a small role in the 1990 Tamil film En Veedu En Kanavar. Singer S. P. Balasubrahmanyam introduced Ajith to Tamil film industry by referring him to play lead role in Amaravathi.Then, Ajith starred in film Prema Pusthakam, and his first critical acclaimed appearance was in the thriller Aasai. 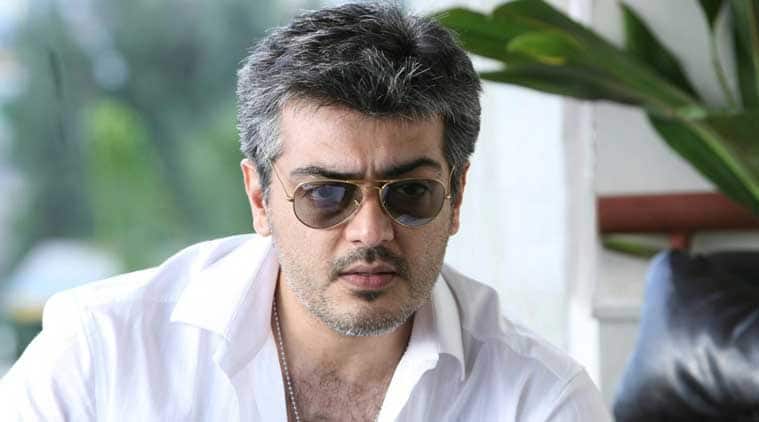 In 1998, Ajith was acted in a  movie named “Aval Varuvala” in which actress Simran played the role of the female artist. The movie had Babloo Prithviraj in a negative role who would torture Simran after marrying her. Babloo is also known for his appearance in Vijay Tv’s famous dance show Jodi No.1 in which he confronted the competition’s judge actor Simbu. Babloo also made his appearance in Surya’s Varanam Ayiram as a kidnapper. 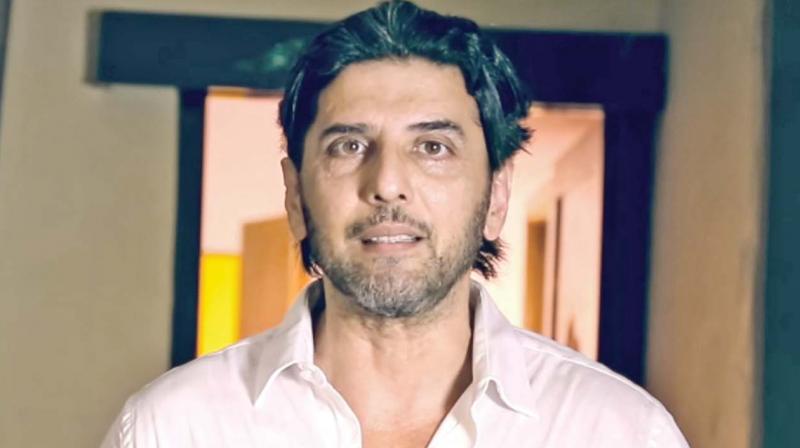 Now a video interview of Babloo is doing rounds in social media in which he is seen criticizing his co-star actor Ajith. When the interviewer asked Babloo about Ajith’s positives and negatives, Babloo, without a second thought said that Ajith is a hero who has no dedication at all.

Ajith :- 0 Dedication
He’s good for nothing Also Not for Acting
He’s only Lucky and Good For making biriyani 😂😂

Suriya :- Horrible Personal Self Centred and his Time is Over

“Super stardom is coming to him but he doesn’t bother about it. He doesn’t care but he got lucky.” said Babloo who also said that Ajith doesn’t want to act. “When someone in the shooting spot says “shot ready”, he won’t get excited as much as me. He is more interested in cooking Biriyani and things like that” he added.

While talking about Surya with whom he acted in Varanam Ayiram, Babloo said “Surya is a Horrible person and self centered, I think his period is over” he said. This separate video is going viral in social media with various kind of reactions.

i happened to see even kerala vijay fans appreciating thala dedication in vivegam … nd these people be like ..😒😒

What do you think on this statements of Babloo ?? Comment your views below !!