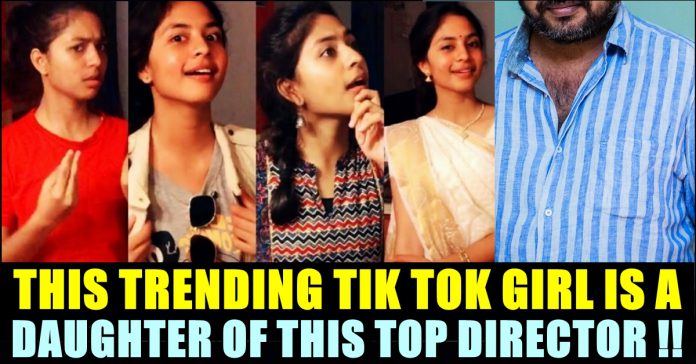 There is a very slight chance for anyone using a smartphone may not have come across a Tik Tok video showing a young netizen lip-syncing to a song. Launched in 2016 and originally called Musically, TikTok is one of the most popular apps today. Last year, it was also one of the most downloaded apps on Google Play and Apple Store.

Users of Tik Tok are calling themselves as “Musers” and it has been informed that they are conducting a meet-up occasionally in which they share awards and spend time together by doing Tik Tok videos. In a way of elevating their innovations to next level, many users started to do Tik Toks by doing somersault, magic videos, tricks etc. Tik Tok would show us videos of its users based on their region. In that way most of us would have came across this girl who attempts cute and humorous Tik Tok videos. Named as Hazel shiny, the girl enjoys more than 14 lakh followers in Tik Tok which gained her more followers in other platforms such as Youtube and Instagram.

Here’s some of her Tik Tok videos :

Hazel shiny has a separate fanbase in social media platforms which results in the increasement of fan pages. Unlike other girls who are interested in performing romantic dialogues and songs, Hazel shiny earned followers through the humorous dialogues and expressions she chooses to perform.

Now a surprising fact about the girl has grabbed our attention. Hazel shiny is a daughter of popular director Prabhu Solomon who is known for directing critically acclaimed films such as Kumki, Mynaa, Kayal etc. The filmmaker who did “Thorai” by having Danush in the lead lately is now busy in the post production process of Kumki 2.

Prabhu Solomon hails from Neyveli, Tamil Nadu and revealed he was a regular at the town’s only cinema hall, which helped him develop an initial passion for films. After working as Stunt double and assistant director in film industry, Prabhu made his directorial debut in Kannodu Kanbathellam which had Arjun as male lead.

Chennai IT Employee Blackmailed By Woman In Facebook After Sending Nude Pictures !!

Crimes that are taking place in social media are increasing in vast number as everything, including sexual intercourse turned digital nowadays. Amidst the ongoing...