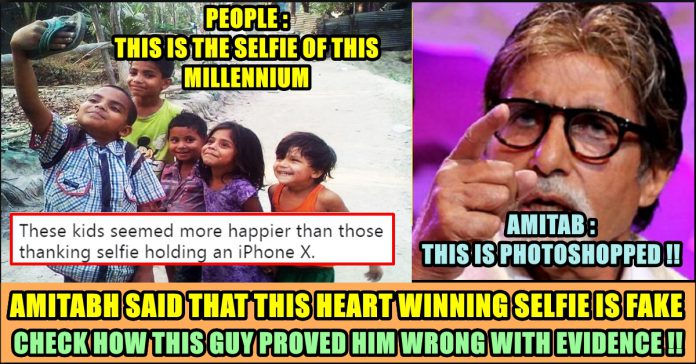 A heartening picture of a bunch of children posing for a selfie using a slipper instead of a camera has tugged on the heartstrings of many on Twitter. Several celebrities including Boman Irani, Anupma Kher and Atul Kasbekar have posted the image on their Twitter handles and many on Twitter – including actor Amitabh Bachchan – have posted their reactions to the picture. 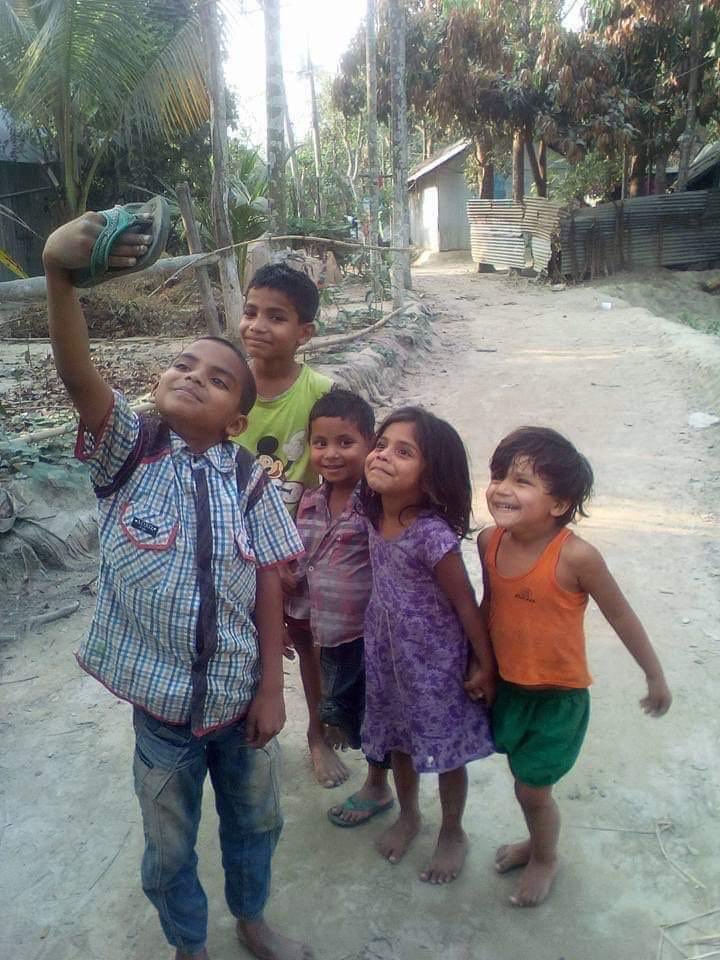 While social media is often credited for making almost anything and anyone famous, sometimes, there are posts and pictures that tend to touch hearts. One such of five little children posing for a selfie with a slipper is going viral. Though the location and the photographer behind the viral click is not known, the picture has taken the Internet by storm and even managed to reach several celebrities, who shared their thoughts about it.

“You’re only as happy as you choose to be”. A saying that holds true for one and all!!
And I’m sure this selfie deserves more likes than most. pic.twitter.com/KafEzq3mg8

Check out the how people reacting for this picture :

This is a REAL picture of some kids, taking a FAKE selfie and carrying REAL smiles!!

They are so adorable. pic.twitter.com/WyralLQU6g

Kids taking a selfie. Can we call this the selfie of the millennium. pic.twitter.com/7lTpKvwDAY

Got to love this. Kids! #selfie pic.twitter.com/mcMfcemMZc

Look at this kids expression, it’s worth million dollars…. they might not have mobile, who shot this pic🙏 made them to take a selfie🙏 pic.twitter.com/B4oXA4KbeJ

However, there were others including actor Amitabh Bachchan, who felt that the picture was photo-shopped or staged. Commenting on the picture shared by photographer Atul Kasbeka, Bachchan tweeted, “With due respect and apology.. I feel this is photoshopped .. notice that the hand that holds the chappal is different than the rest of his body in size .. to his other hand by his side !!”

.. with due respect and apology .. i feel this is photoshopped .. notice that the hand that holds the chappal is different than the rest of his body in size .. to his other hand by his side !!

Earlier today, Kasbekar replied to the tweet with a possible explanation:

Amit ji 🙏🏽
Nice to hear from u

And one of  a user pointed out the missing sandal from one of a kid in the group and made it clear that is not photoshopped :

It may not be photoshopped.. Look at the thugs kid second from left who is wearing only a single sleeper and the other one is in hand of the kid taking selfie. @SrBachchan pic.twitter.com/jXwn74HJCo

However, even it is made deliberately, it is true that those kids are happier than most of us in real life.