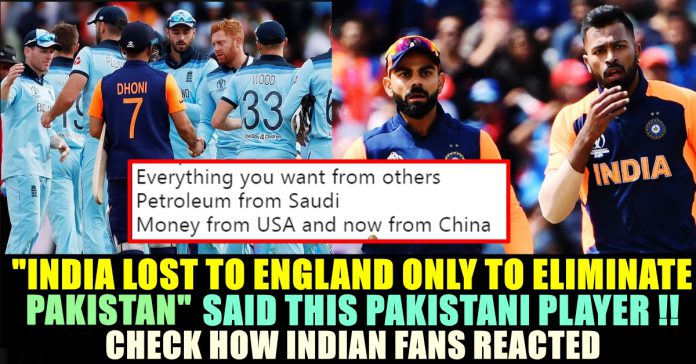 India lost for the first in the world cup tournament against England in their last league game. Unable to chase 300+ target, India lost the match by having 5 wickets in hand which is baffled many cricket experts including the commentators Sourav Ganguly and Nasser Hussain.

“I don’t have any explanation for that single” said Ganguly when Dhoni sliced the ball for a single. Nasser Hussain, former England captain addressed the moment when fans of Indian team leaving the stadium with disappointment. He even insisted Dhoni to “Give it a go” as it was watched by millions of fans from all over the world. “It’s a World Cup game, top two sides, give it a go! Indian fans would want their side to do a little bit more. They want their side to go down with a fight. Risk it to win it,” he added. 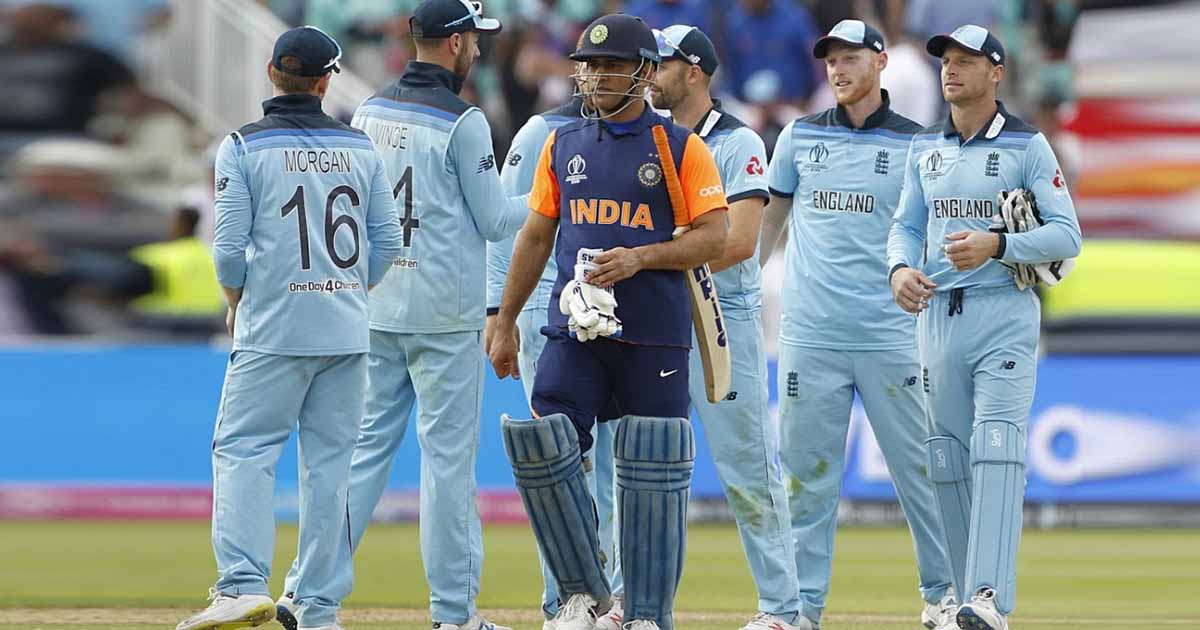 Meanwhile Pakistan’s former pacer Waqar Younis who also coached the team earlier, expressed his emotions through his official twitter account. He said that India have failed in Sportsmanship. In his tweet, the 47 year old said “It’s not who you are.. What you do in life defines who you are.. Me not bothered if Pakistan gets to the semis or not but one thing is for sure.. Sportsmanship of few Champions got tested and they failed badly #INDvsEND #CWC2019”

It’s not who you are.. What you do in life defines who you are.. Me not bothered if Pakistan gets to the semis or not but one thing is for sure.. Sportsmanship of few Champions got tested and they failed badly #INDvsEND #CWC2019

For this tweet, despite of the comments from Pakistan fans who bashed Indian team, many fans from India asked Pakistan team to gain a place in semi finals on their own. Check out some of their reactions here :

Did you expect 1987 WC .. Walsh’s act went on to cost West Indies a semi-final berth & Pakistan sailed into it ? An exotic carpet gifted to him later by your President Zia-ul-Haq. You expect Sportsmanship from other teams when your players are match fixers & fail doping test.

You poor fellows…
Everything you want from others
Petroleum from Saudi
Money from USA and now from China
Even you want #CWC19 Semi’s ticket from India!

What you can do at least???

How can you make such allegations ?

When you team plays badly consistently at the start of the CWC that time u didn’t suspect any foul play ??

Please concentrate on your team’s progress 🙄

That was India giving the #balidanbadge a thumps up. Now bear the brunt u bunch of T-State jokers @TimesNow @htTweets

Your team lost to the garbage WI team . Think about it before blaming others .

Then don’t come to India for IPL and sports commentary

Why interact with unsportsmanlike people
.
Hypocrite

If you didn’t bother whether Pak reaches semis, you why would you bother about others champion’s sportsmanship? You failed to hide your agenda.

Hashtag “Boycott VijayTV” Is Trending In Internet Platforms!! Check Why

Ever since the announcement on Azeem winning the Bigg Boss title surfaced, various kind of hashtags regarding the same are trending in the micro...