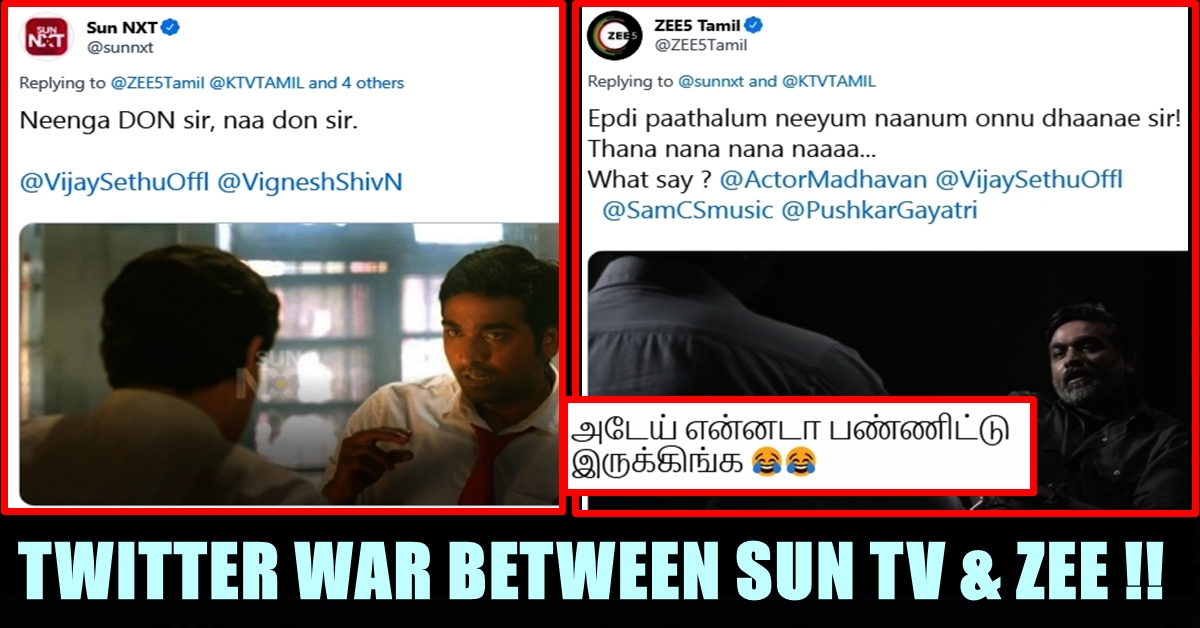 We have witnessed many twitter arguments between fans and Celebrities, Celebrities and Celebrities, even politicians with online users all these days. For the first time, two satellite networks involved in a hilarious twitter debate with the movies they own.

It all started when the official twitter account of K TV asked its followers to guess the movie it is going to telecast by giving three clues. To mention the film “Urimai Unjaladugirathu”, K TV posted a picture of recent bollywood blockbuster Uri The surgical strike, a girl applying mascara and a child playing in a swing. Check out their post below :

When the followers of KTV were guessing it, ZEE 5 Tamil’s official account intervened and tried to divert the followers to watch the “Uri The Surgical Strike”, satellite rights of which they are owning.

“While you’re guessing the flick, we’ve made it simpler. Focus on the first image, it tells you to watch Uri in Tamil on ZEE5 😋” read the reply of ZEE 5.

While you're guessing the flick, we've made it simpler. Focus on the first image, it tells you to watch Uri in Tamil on ZEE5 😋

As soon as this comment surfaced, online platform of Sun network, joined the conversation and asked the users of Twitter to watch “Narasimma”, Vijayakanth’s blockbuster movie about patriotism. Here’s their reply :

Sun Nxt, who didn’t feel like quitting, posted a picture of Vijay Sethupathi from “Naanum Rowdy Thaan” to let its followers know that the movie is available in their platform.

To this tweet, Sun Nxt came up with a hilarious reply by posting Trisha’s picture from “96” and asked “Romba dhooram poitiya Ram?”

As you guessed, that didn’t stop there. ZEE 5 which recently bought Simbu’s latest movie “Vandha Rajava Thaan Varuven” uploaded a song from it to troll back.

What’s coming next is unexpected from Sun nxt.

On seeing this thread, users of twitter are rolling on the floor in laughter and few even demanded Vijay Television to join the conversation. What do you think on this hilarious Twitter exchange ?? Comment your views below !!

Anushka Sharma Finally Gives “Savage” Reply To The Allegations On Her Regarding Indian Team !!
Fan Girl Slammed Harish Kalyan For Blocking In Instagram !! Here’s How He Responded !!