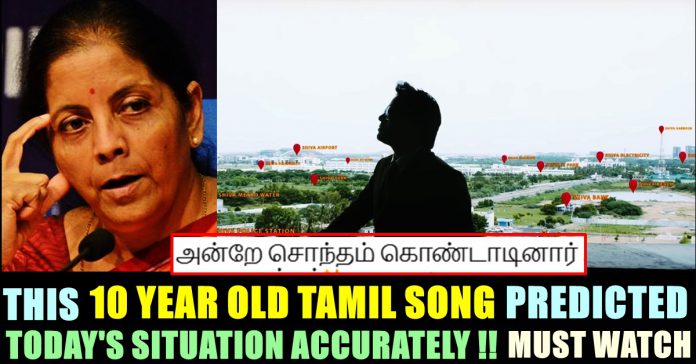 Union Finance Minister Nirmala Sitharaman, on Sunday said a new “coherent” public sector enterprises policy will be formulated that will define strategic sectors which will have not more than four Public Sector Undertakings. This policy will be announced to make India “self-reliant” in the wake of the Coronavirus crisis.

While making a statement regarding the fourth and fifth tranches of the Rs.20 lakh crore worth economic stimulus package for the COVIT 19 hit economy, our finance minister said that more public sectors would be opened up for private participation. Through the new police, Indian government will be allowing private players to access space technology, to take participation in power distribution in Union territories and development of six more airports.

Finance Minister underlined the need for a new coherent policy “where all sectors are open to the private sector, while public sector enterprises play an important role in defined areas. “Now Indian companies can list their securities directly in foreign jurisdictions. Private companies which list non-convertible debentures on stock exchanges will not be regarded as listed companies” Nirmala Sitharaman announced.

“The finance minister said that as per the new policy, which will be announced by the government, a list of strategic sectors requiring the presence of PSE’s in the public sectors will be notified”. said the Finance Minister who added that at least one enterprise to be remain in the public sector but the private sector to be allowed. “In other sectors, PSEs to privatised” she said.

These announcements from Finance minister sparked several reactions in the online media platforms where many people expressed their disappointments on the decision made by the central government. Many of the twitter users compared a filmy moment where actor Mirchi Shiva would own his own hospitals, Morturies, IT Park, Chennai central Railway station, Marina Beach, Water Supply and Sewerage Board, Electricity board and even prison in a span of 5 minutes in the first part of the only parody film in Tamil film industry, Tamizh Padam, released in 2010.

Many more trolls and criticisms surfaced in the micro blogging social media site, slamming the idea of central government. Check out some of them below :

If you can unravel which wire goes to which house, you can understand what Nirmala seetharaman wants to convey in her speech pic.twitter.com/Pba9RjI0Cc

#20lakhcrores
How much does poor and middle class get

Comment your views on this resemblance of “Oru Sooravali Kilambiyathe” in real life !!

During a promotional event for his upcoming film "RRR", Director SS Rajamouli opened about the interaction he had with Tamil Super star Ajith kumar...