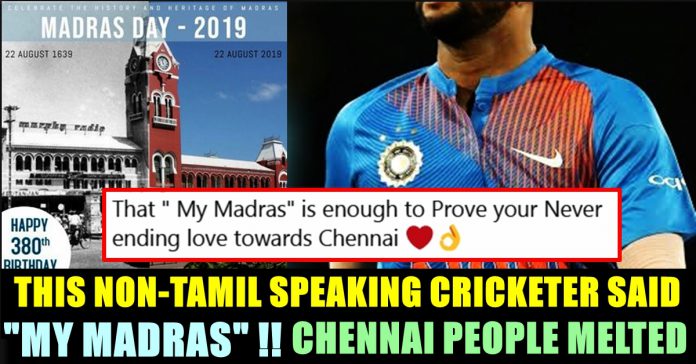 This Non-Tamil Speaking Cricketer Said “My Madras” While Wishing For Madras Day !! People Of Chennai Melted !!

On Madras Day today, Twitter cheered 380 years of Madras, now Chennai. Calling “Chennai a name and Madras an emotion”, tweets ranged from their favourite places in Madras and the nostalgia the name brings to them. The city, initially called Chennapattinam and Madraspatanam, soon became Madras and then Chennai. 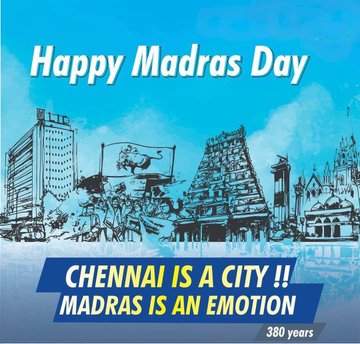 Netizens shared memories, pictures and one-liners of and related to Madras to commemorate the occasion. Some users also shared facts about the city and posted pictures along with detailed captions.

From arts to sports to literature to education to technology to culture to women safety, this land has it all. I’m glad that I had the chance to spend some time of my life in this soulful city.

Happy 380th birthday, Madras! I am more than 1,500 kms away, but my heart belongs to you #MadrasDay #Madras380 pic.twitter.com/0D3IRZ1Zyt

The most special wish came from, none other than, our very own Chinna Thala Suresh Raina, the cricketer who represented India in all the formats of cricket. Apart from representing the national side, the cricket played for Chennai Super Kings for a long time in IPL tournament. In his tweet Raina said “Happy birthday, my Madras – a city that has given me so much love and happiness through its culture, people and places. May you shine brighter & stay blessed! #MadrasDay 😎👍”

The cricketer also added a picture of himself wearing CSK’s jersey along with Dhoni, Jadeja, Tahir and Harbhajan. Check out his tweet here :

Happy birthday, my Madras – a city that has given me so much love and happiness through its culture, people and places. May you shine brighter & stay blessed! #MadrasDay 😎👍 pic.twitter.com/B04q9lzj69

The way Raina mentioned Madras as “My Madras” won the heart of many people who belong to Chennai. They started pouring their love in the comment section which is just heart melting. Check out some of their comments here :

The word MY MADRAS 😍 the word says it all💙 #Champ🤩

Along with Raina, Harbhajan Singh who is known for his funny Tamil tweets also posted a tweet wishing the city on its 380th birthday. His tweet praised Chennai city for its uniqueness and he also added the words which are used only on Chennai : 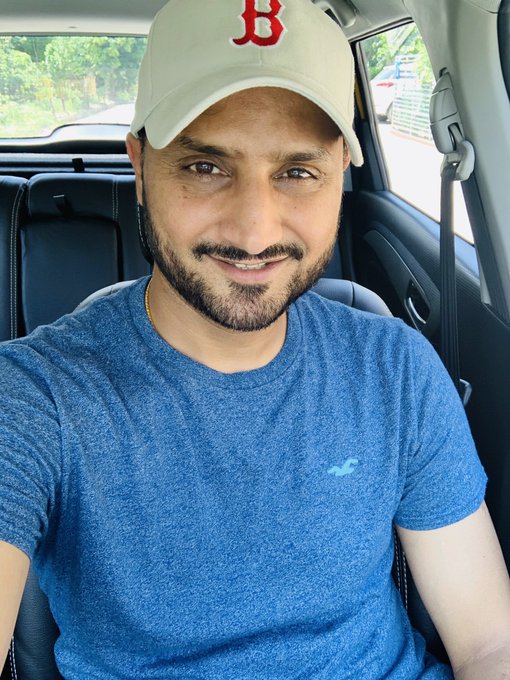 It is surely a treat to see these non-Tamil speaking cricketers wishing Chennai wholeheartedly. Comment your views on the heart winning gesture of these cricketers !!

Thalapathy Vijay who is basking in the success of his sports drama "Bigil" is all set for his next venture which is touted to...