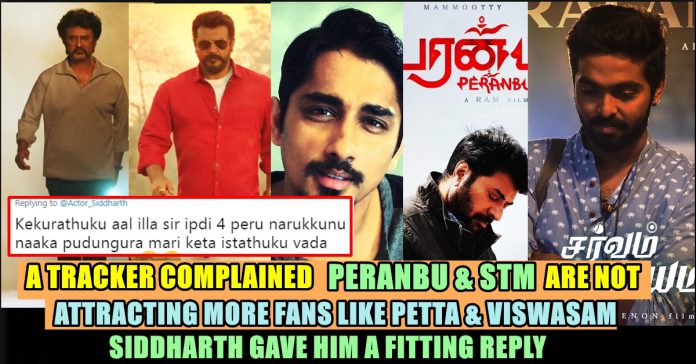 Actor Siddharth who never shied away to express his thoughts and emotions has now slammed a film critic for comparing Pongal released films with the films which are released a couple of days back. The film critic in his tweet wrote “The new Tamil Releases are below average at the box-office . They are not able to generate the kind of footfall that Pongal Releases pulled in.”

The new Tamil Releases are below average at the box-office . They are not able to generate the kind of footfall that Pongal Releases pulled in.

On seeing this tweet Sidhdarth immediately responded from his official twitter account. The actor who does not liked the idea of comparing artistic films with commercial film hit back at the critic. 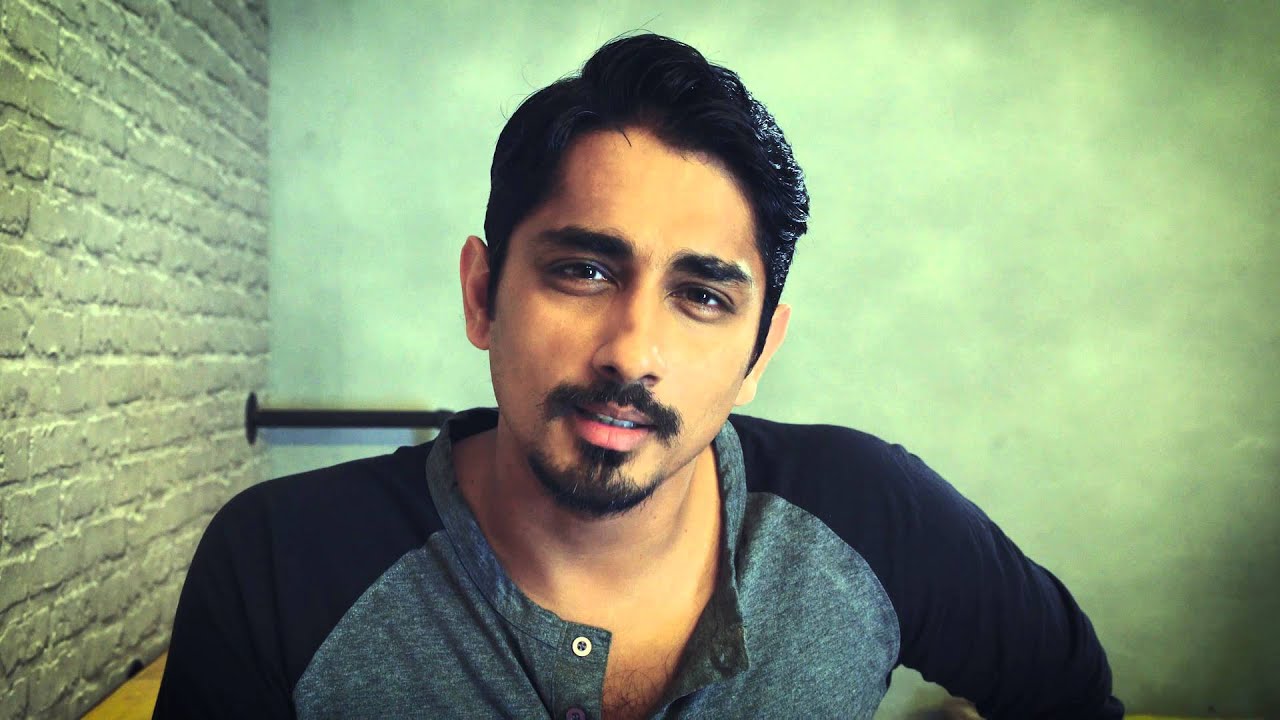 The actor in his reply said “Why compare the two sets of films at all? We don’t say that blockbuster films are below average in content compared to artistic films like #Peranbu and #SarvamThaalaMayam right? Please keep art and money separate when you can sir. Sincere request. 🙏”

Why compare the two sets of films at all? We don’t say that blockbuster films are below average in content compared to artistic films like #Peranbu and #SarvamThaalaMayam right? Please keep art and money separate when you can sir. Sincere request. 🙏 https://t.co/eGwtifmCpS

Petta and Viswasam are two of the films that are released on January 10 ahead of Pongal holidays. As we all aware that Rajinikanth and Ajithkumar are two of the actors who enjoys the most number of fans in Tamil cinema, their films are still running as full house in many theatres in and around the city.

The films which are mentioned by Siddharth in his tweet are the films that are directed by Ram and Rajeev Menon respectively. Ram is one of the very few filmmakers in Tamil cienma who concentrates only on making art house films where as Rajeev Menon making his come back after 18 long years after directing “Kandu Konden Kandu Konden”.

It seems Actor Siddharth felt comparing these two completely different types of films as not at all fair. Check out some of the reactions his tweet received :

I watch #PariyerumPerumal
FDFS with 50% Occupancy.😟
After 7 day’s at Same Theatre & Same time Show Which is
House Full(100% Occupancy)👍So,
I didn’t able to Get Tickets👈👌
WOM Only Pull Audience For #STM
& #Peranbu d Aritistic Film. so, Don’t disgrade now @sri50 🙏

Well said 👍. Worst part is comparison, when each film is unique in their own concept, story, direction etc. Compare each actors/director/md own movies and not their counterparts/peers.

Agree with u sid… Online trackers like him deviating audience towards BO to choose the movie to watch.. Yes his words will sure underrate mentioned movies… its not good for industry

Sir, you are always pointing out your opinions very sincerely and are much relevant.. As a fanboy I’m really proud…

I think first step would be to wipe out collection figures from public domain. We aren’t watching a movie basis the collection. Its like deciding about going to a shop to buy stuff only after analysing their annual turnover, even though we know they are selling substandard stuff.

Well said Siddharth..👌👌 Great thought!! Artistic films deserves it’s due credit.. WOM plays a major role in pulling the crowds to theatres. Such reviews projects it in negative shades.. Critics and reviewers can rather elevate these films by highlighting the positives..!! What do you think on Siddharth’s statement ?? Comment below !!

Previous articleLove Couples Arrested For Being So Intimate In Children’s Park !! Check Reactions !!
Next articleFollowing Hansika, Megha Akash Says That Her Instagram ID Was Hacked !! Hilarious Reactions From Fans !!