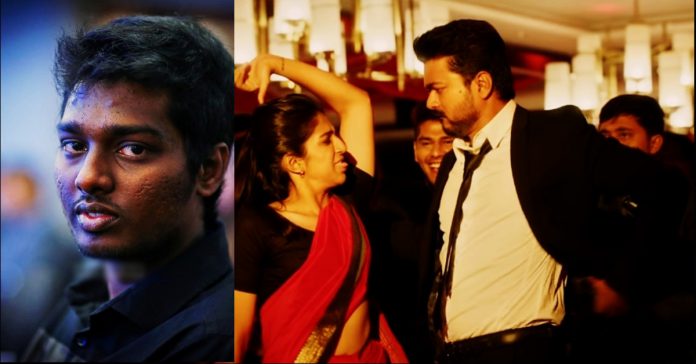 After multiple accusation on director Atlee regarding plagiarism of plot, scenes and graphics, now to our shock, the mannerism of the protagonist has also reported to be a copied one by a separate set of people in social media platforms.

Actor Vijay is one of the very few actors who has huge fan following in South India. Having acted in more than 60+ films, he is in the top race to become the highest paid actor in Kollywood. His most recent film is Atlee’s BIGIL in which the actor essayed three different looks. While playing the character Michael, Vijay who is known for his unique mannerisms in number of his movies, would repeatedly do a unique gesture with his hand while teasing his co-actors in the movie.

This mannerism was loved by his fans who started trending it by performing it in Tik Toks and other social media platforms. Now, to our shock, that particular mannerism of the actor was already done by Ravi Teja in a movie called as “Bengal Tiger”.

Watch the video of the comparison between the two actors below :

Bengal tiger is a 2015 action-comedy movie released in Telugu cinema by having Ravi Teja, Tamannah and Rashi Kanna in the lead roles. As soon as this video got surfaced on Internet, it is instigating fights between fans. Produced by AGS Kalpathi, Bigil has Nayanthara, Jackie Sheroff, Daniel Balaji, Yogi Babu, Vivek as casts. Music of the movie was composed by A.R Rahman.

Director Atlee who is known for his collaboration with actor Vijay, is one of the highest paid directors in Kollywood. Being a former assistant of director Shankar, Atlee’s way of presenting his films and the castings he choose for the characters are considered as his major qualities. All the three films of Atlee became blockbusters despite of the plagiarism controversies. His latest film “Bigil” hit the screens as Diwali release and making big numbers in box office.

What do you think on this accusations faced by the filmmaker ?? Comment your views below !!

Previous articleNo More Goondas Act On Pollachi Rape Accused !! What Is The Reason ??
Next articleKamal Indirectly Revealed The Secret Behind Fan Fights In Social Media !! WATCH !!