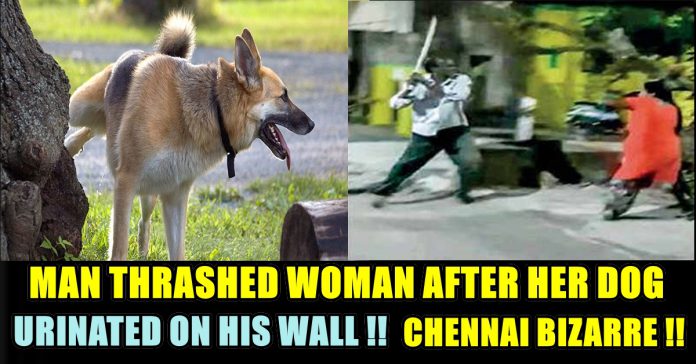 The assault was captured by a bystander on a mobile phone and the 10-second video went viral on social media. A video showed the man attacking the woman after her dog urinated on the compound wall of the man’s house during a walk.  It has become a key evidence in the case. Sridhar went absconding after the incident but his brother was picked up on Sunday morning for questioning. In the evening, Sridhar was arrested by the Madipakkam police.

Soon after, the issue created a buzz in the area with many people enraged at Sridhar’s temerity to beat up a woman in full public glare over a minor issue.

A police officer investigating the case said the dog would always urinate on the compound wall of Sridhar’s house.

“We are also looking into allegations that Suguna used swear words before the fight. They are neighbours and have had verbal duels in the past,” the policeman said.

Previous article“There Is Nothing Wrong In Vairamuthu’s Call To Chinmayi For Sex” Said This Actor !! Siddharth Thrashed Him !!
Next articleYoung “Jaanu & Raam” Posted A Picture Together !! Reactions Are Just Hilarious !!

Actress Slammed Family For Their Dangerous Ride !! Check How This Follower Criticized Her !!