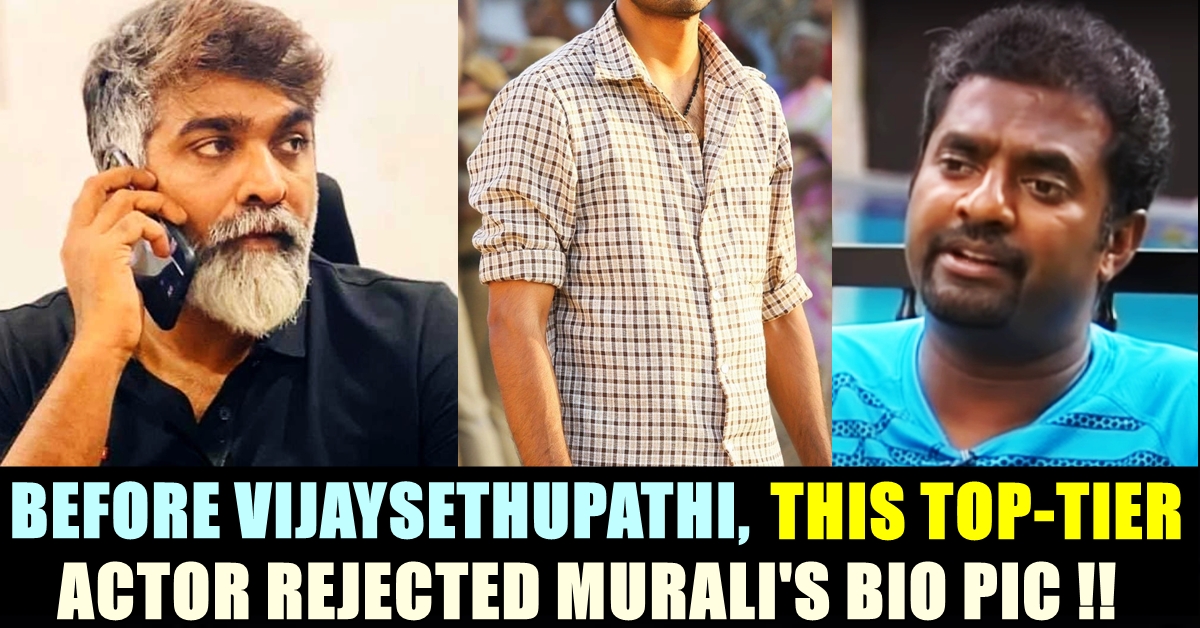 After so many negative reactions that surfaced in the Internet, Muttiah Muralitharan released a press note requesting Vijay Sethupathi to remove himself from the project “800”. The actor accepted the request of the former Sri lankan spinner and announced that “everything has finished” about the project. Now, a report has emerged saying that Dhanush was the first actor who got approached by the producers prior Vijay Sethupathi. The “Asuran” actor, firmly denied to act as Muttiah Muralitharan due to the politics involved in his life, reports suggested.

Followed by the enormous number of fans, Tamil cinema celebrities started raising voice against the project of Vijay Sethupathi as “Muttiah Muralitharan”. A hashtag saying “Shame on Vijaysethupathi” trended in the micro blogging social media site after the motion poster of project “800” released in youtube. The only motto of the people those who opposed the project was to make Vijay Sethupathi leave the project. They didn’t want him to represent the flag of Sri lanka and Muralidharan who is highly believed to be an individual who supported Sri lanka during war.

Days after releasing a press note justifying his earlier statement (Read : Muttiah Muralitharan’s Emotional Statement On The Hatred He Is Receiving !!) Muralitharan issued another note, requesting Vijay Sethupathi to leave the project. “I don’t like an artist like Vijay Sethupathi getting affected for choosing to act in my life story. Not that alone, I don’t want him to face hurdles in future for acting in my life story. So I ask him to remove himself from this project” Murali said in his statement.

Responding to his request, Vijay posted a tweet writing “Nandri, Vanakkam” (Thanks and Greetings) to put a full stop to the controversy. Now, the reporters of Valapiechu youtube channel has said that Dhanush was initially approached to do the film. “The makers of the film followed him for six long months. Dhanush denied to do it, realizing the controversial subject of the film. However, they continued following him but Dhanush firmly denied to do the role” they said in their video.

They also said that Ken Karunas was also approached to do the role of childhood Muttiah Muralitharan. “As soon as getting the opportunity, Ken contacted director Vettri Maaran and asked his suggestion. The filmmaker advised him not to act in the film, considering the past of Murali” the reporters said.

It is notable that Teejay who debuted in “Asuran” as Dhanush’s elder son was also approached to do the younger version of Muttiah Muralitharan. “It did not sound right to me. My mother is an Eelam Tamil. There was a lot of cruelty involved in the war and I did not want to get involved in the politics of the film’s narrative.” Teejay said while talking about why he rejected the role. Yes, the promising actor said “no” to the makers of “800”.

He also posted a tweet in his official twitter account, writing “I stand by my decision & I’m thankful for all the support Folded hands My mother tongue is where I come from. #Tamil I love anna @VijaySethuOffl He was one of the people who advised me to be careful and pick the right scripts. Hope he takes the right decision on this”

I stand by my decision & I’m thankful for all the support 🙏🏿 My mother tongue is where I come from. #Tamil

I love anna @VijaySethuOffl
He was one of the people who advised me to be careful and pick the right scripts.

Hope he takes the right decision on this pic.twitter.com/zr7R9JLEfl

Comment your views on this decision of Dhanush, Vijay sethupathi, Teejay and Ken !!