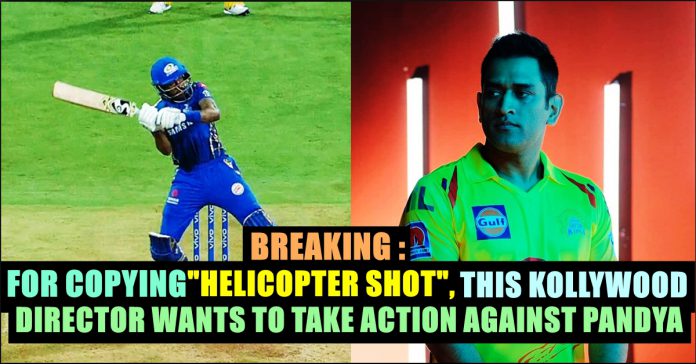 Out of the three sixes that Hardik Pandya hit against Chennai Super Kings on Thursday night, one was a helicopter shot that he played right in front of the man who invented the unique shot – MS Dhoni.

Hardik Pandya and Kieron Pollard took the Super Kings bowlers to the cleaners at the Wankhede in the slog overs to take Mumbai Indians to 170 with 45 runs coming off the final two overs. 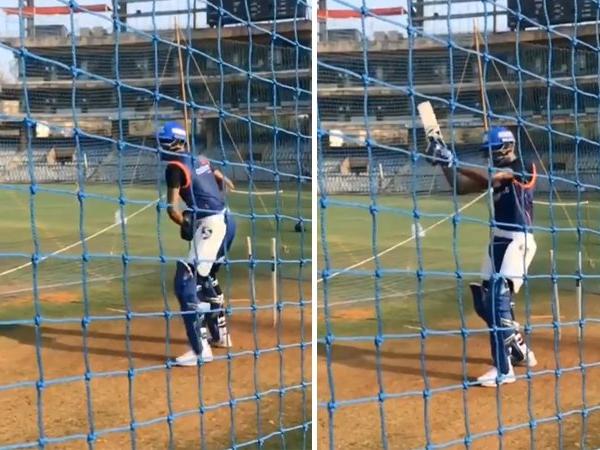 Pandya smashed Dwayne Bravo for two sixes in the final over with the first being a helicopter shot. The ball travelled 91 metres as Pandya replicated MS Dhoni’s trademark shot. MS Dhoni and ‘helicopter shot’ are so synonymous with each other that whenever a batsman pulls off the innovative flick, a comparison with the former India skipper’s excellent timing and wrist-work crops up.

“Very special, I have been working on that shot (helicopter). After playing that shot I was kind of proud, I was expecting MS to come and say ‘good shot’. Generally people like to bowl at the stumps against me. It’s a shot which is not easy but I have seen MS hitting them so many times. 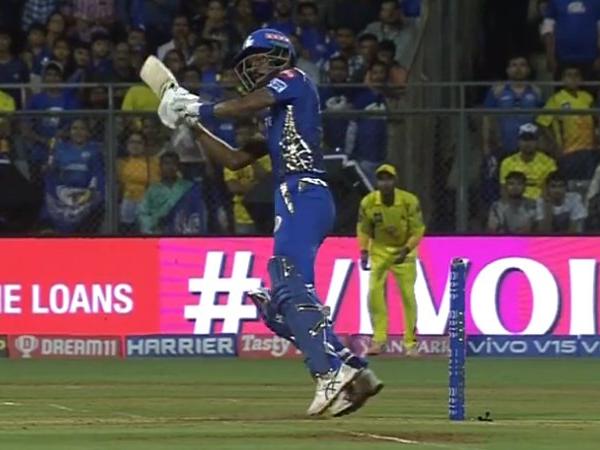 “He is an inspiration and we try to copy a lots of shots which he plays and this is one of the shots which I’ve copied from him and quite happy that it came out well,” Hardik Pandya said while talking about that shot.

“Hoped MS would congratulate me after that shot 😜”
An overjoyed @hardikpandya7 talks about emulating inspiration MSD’s pet stroke against CSK. Interview by @Moulinparikh #MIvCSK @mipaltan Meanwhile C.S Amudhan, being,  is one of the ardent followers of Cricket and IPL expressed his view on the young lad copying that shot from CSK’s very own Dhoni. The director wants BCCI to investigate Pandy for plagiarism. In his tweet he said “The BCCI should investigate Hardik Pandya for the blatant plagiarism of the helicopter shot.”

The BCCI should investigate Hardik Pandya for the blatant plagiarism of the helicopter shot.

Being directed two films, C.S Amudhan is known for spoofing Kollywood movies in his movie which is more of a plagiarism. Seeing this tweet from a filmmaker like him, Fans started posting hilarious comments in his tweet. Check out some of the best one here :

Still not able to recollect When the Creator played Helicopter Shot last time..#12of21balls

After being put in to bat, Mumbai Indians were struggling to post a competitive score against the defending champions. But, a late flourish from Hardik and Kieron Pollard helped the hosts set a fighting target of 171.

Man of the match Hardik Pandya took three wickets including that of MS Dhoni as Mumbai Indians defeated Chennai Super Kings by 37 runs to become the first team to register 100 wins in IPL. During his eight-ball knock, Hardik hit one four and three sixes.

What do you think on C.S Amudhan’s allegation ?? Comment your views below !!

Here’s How Majority Viewers Reacted After Azeem Won The Title!!

Mohammed Azeem who got condemned by Kamal Haasan throughout the season due to his behaviour towards other contestants, has been announced as the winner...