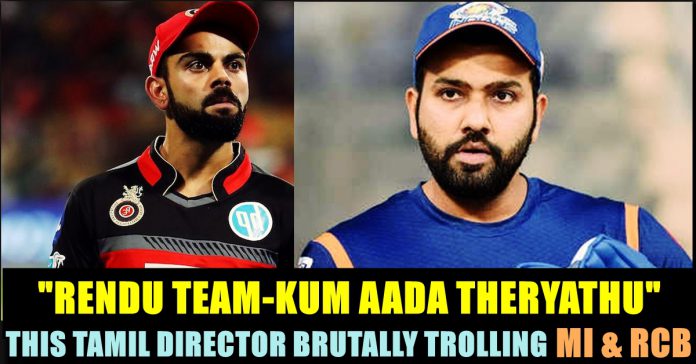 Director C.S Amudhan and Producer Sashikanth, popular makers of Kollywood who collaborated in the only parody movie of Kollywood Tamizh Padam saga today brutally trolled the IPL match that is going to be held tonight. 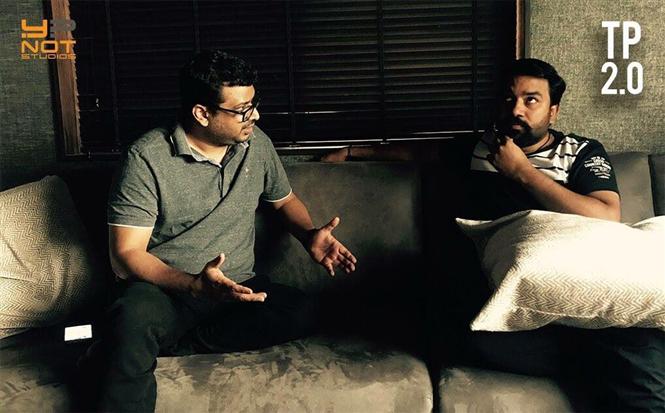 The match between Mumbai Indians and Royal Challengers Banglore is going to take place in Chinnaswamy stadium. Being a rival of Chennai Super Kings, both the team lost their 1st game in this 2019 IPL. Being an ardent supporter of CSK, Srini mama created a meme and posted it as reply. The meme template belongs to the film Tamizh Padam of C.S Amudhan. He also said that he is alright with any team’s success.

In his tweet Mama wrote “Dei in today’s match, we will be like this. So, either ways, we don’t have a problem! 🤪”

Dei in today’s match, we will be like this. So, either ways, we don’t have a problem! 🤪 pic.twitter.com/hydWEHnSkK

To this Amudhan came up with a hilarious reply where he indirectly mocked both the teams as they are not fit to play cricket. His tweet read as “Oh appo rendu teamukum aada theriyathunu soldrangala?”

Being one of the ardent follower of IPL the director earlier released his statement regarding Ashwin’s “Mankad” controversy. In his tweet he asked Kings 11 Punjab to hold a press meet as warning to every batsman.

Kings XI should hold a press-conference & announce that in the future all their bowlers will run out batsmen who stray out of the popping crease before the ball is bowled.

Actor Sathish joined them as well : 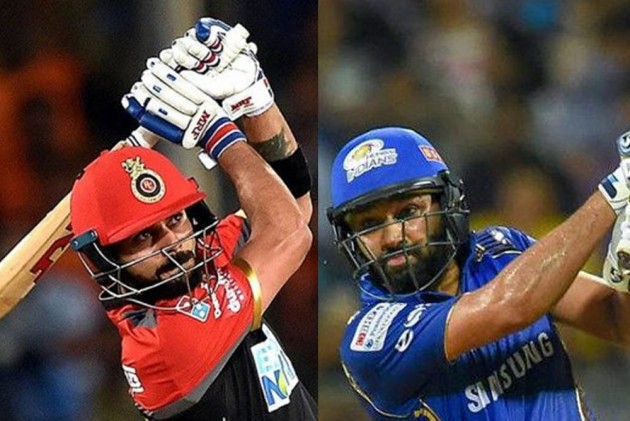 In the Match 7 of VIVO Indian Premier League 2019 (IPL 2019), Mumbai Indians (MI) would fancy their chances against an erratic Royal Challengers Bangalore (RCB) when the two star-studded teams square off at M Chinnaswamy Stadium in Bengaluru on Thursday. Virat Kohli’s RCB, who are yet to win IPL title and regularly draw a lot of flak for that, were bundled out for 70, the sixth-lowest score in IPL history, in their first game of IPL 2019 against Chennai Super Kings.

Previous articleRCB Posted Steve Austin’s GIF & Said That They Are Waiting !! You Must See How Brutally They Got Trolled !!
Next articleThese Guys Trolled Ashwin’s “Mankad” By Recreating It !! Here’s How Ashwin’s Wife Reacted !!

“I am Ready To Enter Cinema, If I Get Opportunities” Says Tamilisai Soundararajan !! Watch !!

On Saturday, Tamil nadu Chief Minister Edappadi K Pazhaniswamy has announced that the ticket prices to travel in Chennai metro train will be reduced....

Kerala Police has issued a non-bailable arrest warrant against controversial personality Meera Mitun, reports have emerged. Recently, a tweet about her death surfaced in...