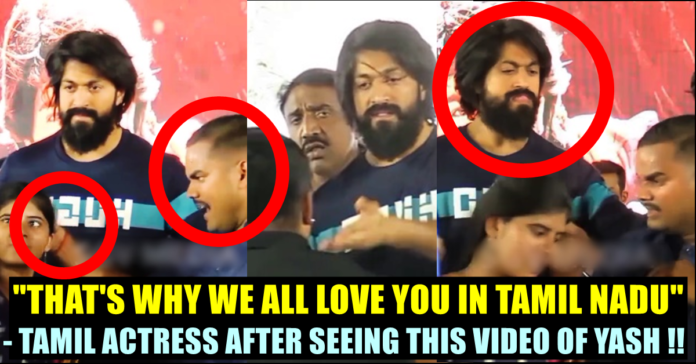 On seeing a video of Kannada actor Yash condemning his security for behaving rude to his fans, Actress Ananthi who is known for acting in films such as “Meegaman”, “Rowthiram”, “Damal Dumeel” as a supporting star, said that it is the reason why people in Tamilnadu love him. The video showed Yash protecting his fans from his securities and sending them after posing with them for a picture.

Yash who has been acting in films since 2007, was working in Television series prior that. He got his breakthrough only after acting in Prashanth Neel’s KGF franchise. The first part became a huge success among the fans of other film industries apart from Kannada and the second par conducted a rampage in the box office as it has collected more than 1200 crores worldwide so far.

Yash acted as gangster named Rocky who saves people from evil leaders in the film. Third part of the film has been officially announced and fans from the entire country are eagerly waiting to witness him. In the meantime, Yash also wom the hearts of people through his off screen personality.

In 2017, before the release of KGF 1, Yash, along with Pandit, founded the YashoMarga Foundation, a non-profit organisation that works for the welfare of society. In their first mission, the foundation addressed a water crisis in Karnataka’s Koppal district by investing ₹40 million towards desilting lakes and providing pure drinking water to 40 villages in the region. That year, he sought protection from the police owing to death threats.

Yash has collaborated with the Bangalore Police for a campaign against drunk driving in 2019, in the days leading up to New Year’s Day. 50 days before his 34th birthday, his fans organised an environmental campaign to plant trees and save water. In 2021, he donated ₹5000 each to 3000 workers in the Kannada film fraternity to ease their financial burden after the COVID -19 pandemic. The actor has also stated that he will be entering politics if the situation demands.

Apart from such missions, Yash also winning hearts of people through his small gestures. He apologized to the press after delaying during the promotions of KGF 2. Never missed to shower his love for the family through his social media handles which could inspire millions to be happy with their loved ones.

Now, a video of Yash condemning his security for behaving rude to his fans is trending in social media platforms. In the video, a security could be seen pushing and pulling the fans who are trying to take selfie with the actor.

Warning him to not behave like that, Yash protected his fans and also posed for a picture with them. Watch the video below :

Sharing the video in her Instagram space, actress Anandhi who is known for appearing in Vijay TV serials, reality shows and some of the films, said “That’s why we all love you in Tamilnadu, Rocky Bhai” 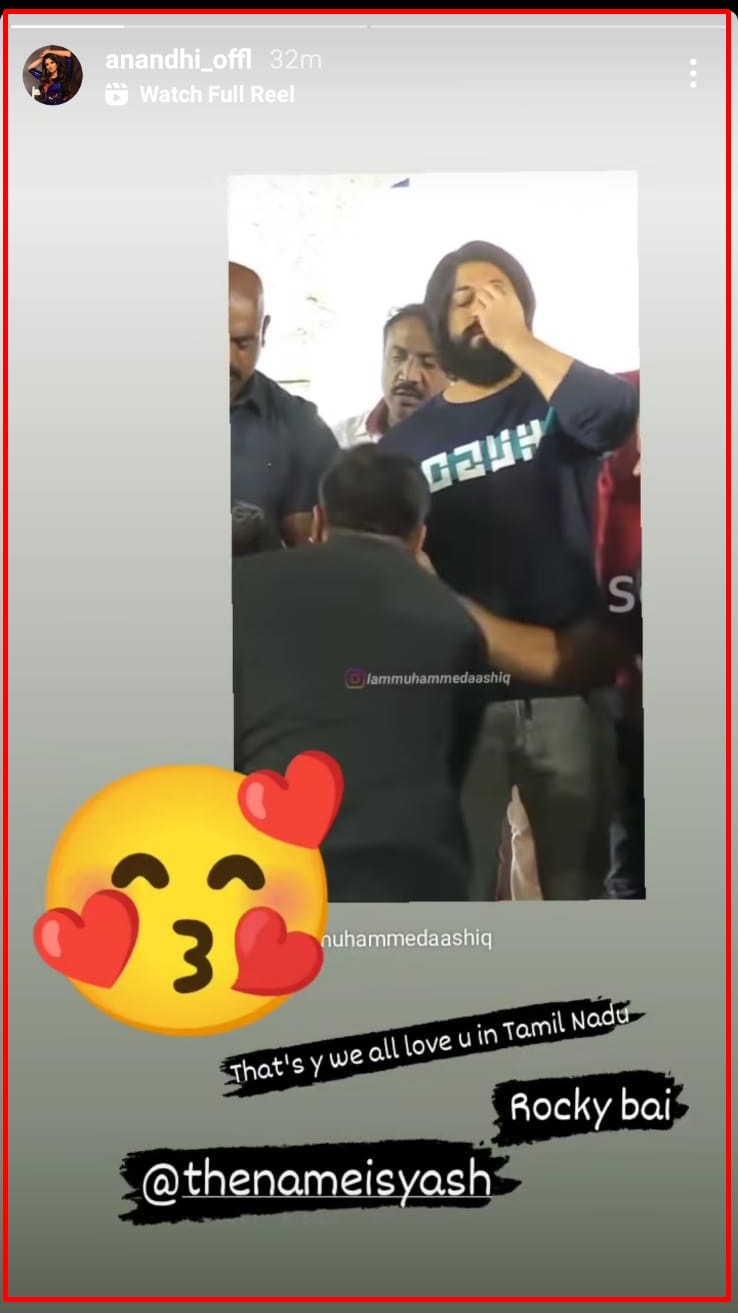 Previous articleRJ Balaji Slammed Dinamalar For Their Headlines About Him!!
Next article“How It Becomes So Biggg” – Leading Heroine Slammed Fan For His Inappropriate Question

Minister Kadambur Raju's statement on "Darbar" loss issue surprised the citizens of state Tamilnadu. The Minister has asked the distributors who faced loss to...