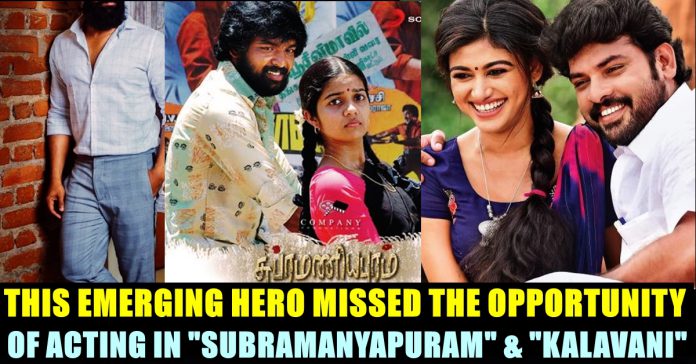 Veteran filmmaker and India’s best screenplay writer K Bhagyaraj appeared in an interaction with Tamil nadu based Indian cricketer Ravichandran Ashwin and expressed his disappointment over his son missing films such as “Subramanyapuram” and “Kalavani” during the initial stages of his acting career. Shanthanu Bhagyaraj who is awaiting for the release of “Master”, was debuted through a film named as “Chakkarakatti”.

Ravichandran Ashwin who seems to have a special craving for the films of Bhagyaraj, made him to answer many questions based on his film career which spans over 40 plus years. The legendary filmmaker opened on many unknown incidents throughout the 56 minutes interaction. Most importantly he revealed about how the evergreen robbery scene in “Ruthra” was made and about his collaboration with Amitabh Bhachchan in Aakhree Rasta movie.

The filmmaker also expressed his regression over Shanthanu missing the opportunities of acting in blockbuster films such as “Subramaniyapuram”, “Kalavaani” due to bad luck. He said that he liked the story of “Subramaniyapuram” and asked Sasi kumar to wait till the release of “Chakkarakatti” as the announcements and advertisements were made by its producer Dhaanu.

Sasi kumar, citing the issues he was facing with the loan interest, opted himself out and made the film by having actor Jai in the lead role. The film became a cult classic and is being considered as one of the best period drama of all time in Kollywood. It inspired Bollywood director Anurag Kashyap to make “Gangs of Wasseypur” as well.

“Shanthanu committed in Chakkarakatti first. Producer Dhanu chose A.R Rahman as music director and made announcements all over. Sasi kumar said that he will release the film (Subramaniyapuram) as soon as he completes it. If I accepted Subramanyapuram starring Shanthanu to release prior “Chakkarakatti”, then it wouldn’t have been fair as Dhanu already made announcements. I asked him (Sasi kumar) to halt the film’s release till the release of “Chakkarakatti” but he said that he has interest (loan) issues and the project dropped” said Bhagyaraj. “I received criticism for letting such a good project go” he added.

“Similarly, Director Sarkunam came to me and said that he wants to make a film named as “Kalavaani” by having Shanthanu in the lead role. The outline was so good and we worked on it for 4,5 days thoroughly. Suddenly, he (Sarkunam) got absconded. Few days later, I saw an announcement of the same film with a different lead. I got confused as we were working on the project with a good bond.”

“Days later, Sarkunam, through a third person, said that his producer wanted to go with a new comer as he thought that Shanthanu’s call sheet will be expensive. This is also a bad luck for Shanthanu. If his time is good, things will fall on place. I would always tell him to see actor Vikram as an example who struggled a lot and waited for a long time to get a break” said Bhagyayaj in the interaction.

Talking about Subramaniyapuram’s drop, Shanthanu, in an earlier interaction with VJ Abhishek, said “We didn’t want to trouble the producers of Subramaniyapuram by asking them to wait. We asked them some time to meet Dhaanu sir and Rahman sir. The meeting with Rahman sir delayed and they decided to go with another actor”. On the work front, Shanthanu is going to be seen in “Murungakka Chips”, “Raavana Kottam” and Vijay-starrer “Master”.