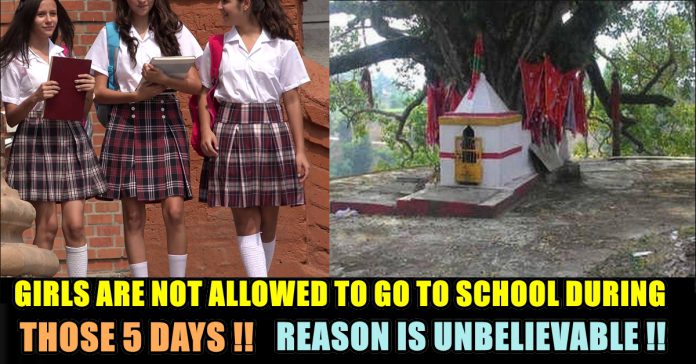 Even today, menstruating girls are not just forbidden from the kitchens and the temples, but are being forced to skip schools. According to a report in The Times Of India, girls from Rautgara village, Pithoragarh are forced to skip their schools during those five days of the month, because a temple dedicated to a local deity falls along their way. Locals are of the belief that the temple would be desecrated should women on their period were to even pass from that area. This belief has led many parents to keep their girls from attending school while they are on their period.

Young girls from Rautgara village in Pithoragarh tehsil are forced to skip school for at least five days every month when they are menstruating as a temple dedicated to a local deity falls along the way to the institution.

Locals believe that the temple would be desecrated if women on their periods were to pass the area which has led parents to confine menstruating girls to their homes. In fact, the taboo has forced a few of the girls determined to get a good education to move to nearby cities and towns where they are staying with relatives. A team of the local administration will now be sent to counsel parents to allow girls to attend classes.

The issue was brought to fore when a team from the NGO Uttarakhand Mahila Manch visited the area. Uma Bhatt who led the team told TOI that girls from the village who attend Sail Government Intercollege have been skipping school for up to five days during their period. “A temple dedicated to local deity Chamu Devta falls on the route to school. Teachers have been trying to encourage girls to attend classes but parents fear backlash from the community and thus don’t allow the girls to go to school,” Bhatt said. 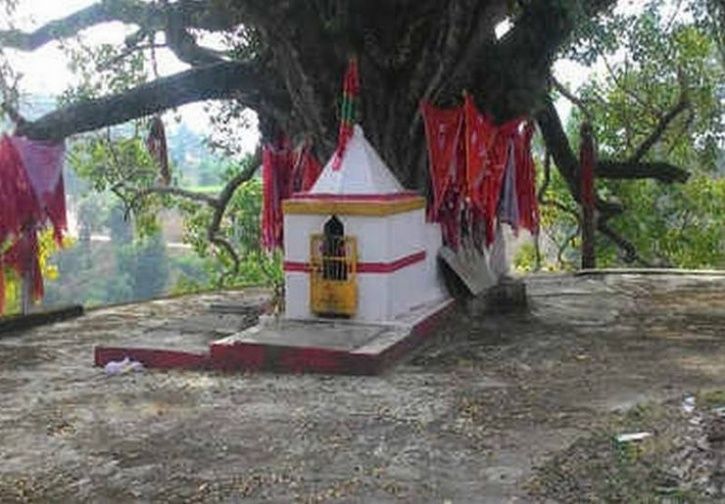 A former teacher at the school requesting anonymity said, “People here are very conservative. We tried several times to create awareness among parents and persuade them to let their daughters attend school but most of them did not want to defy traditional norms.”

Imagine missing out on school lessons for five days every month, year after year. It is hugely stressful for the children, especially in higher classes. Imagine chasing and begging for notes from classmates and the struggle to catch up on lessons missed in science, mathematics, geography etc, while the course races ahead at a neck-breaking speed. Missing out on crucial chapters, often weakens students’ grasp on their entire subject. The curriculum often demands that a student should apply the knowledge from past lessons to wade through the next one. This means that weak concepts in one chapter can affect a child’s understanding of other chapters. How can these young girls score good marks in exams then? Or pursue higher education with weak basics?

With the inputs of shethepeople.tv