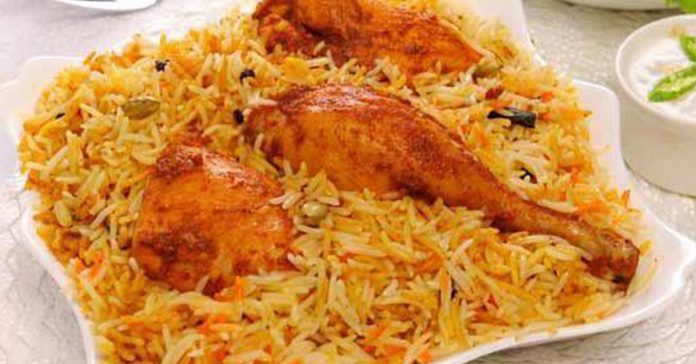 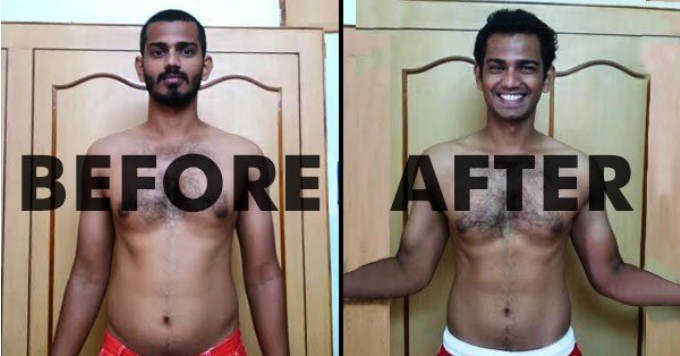 Nishanth Appari, a 23 year old guy from Hyderabad ate chicken Briyani for continuous 50 days and did not gained a single pound. On the contrary he lost his weight as you can see in the picture how incredible his changeover is. On an exclusive interview he shared his secret about how he executed this unbelievable magic.

“Don’t be too hard on yourself. Giving in to your guilty pleasures once in a while is absolutely okay,” says Appari.

On this expensive experiment Appari spent Rs.5000 and Appari ate as many as 50 packets of biryani over a 60-day period and lost almost three kgs and 2 inches.

Nishanth’s measurements before he started the diet:

After completing the diet:

“I hardly trained my legs during the experiment,” he shared.  Nishanth says after a few days of starting the diet, he craved for more junk food and finally gave in to the guilt. So basically, he ended up having a lot of junk food as well. “I did not do this experiment to show that you can survive on junk food alone and to throw away all the healthy food! I would still advise everyone to eat healthy food to avoid any deficiencies. However, the whole point of the experiment was to show you that the fear of eating certain foods is unfounded. I ate total junk and still lost weight. You certainly are going to be okay eating junk food every now and then.” He added. 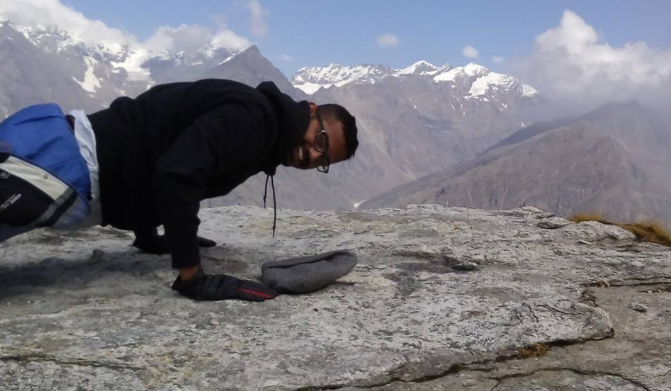 Nishanth has deduced from the experiment that quantity matters over quality. “One can put on weight even by eating the healthiest food in excess and lose weight even after eating the most unhealthy food.” Says Nishanth as his fitness manthra.