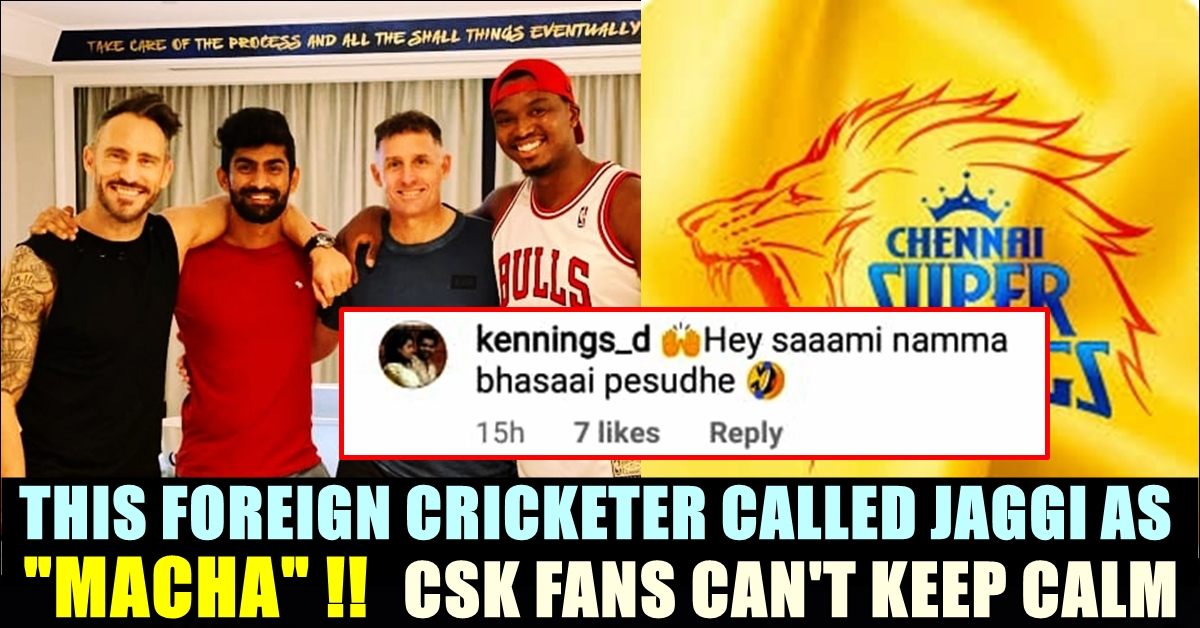 Except the four teams that are competing with each other in the playoffs, all the players of other teams left UAE and reached their respective countries. Many emotional posts and messages surfaced from their social media handles as their journey of two long months ended. Young lad Jagadeesan who represented Chennai Super Kings also got emotional and expressed how much he is going to miss his buddies from the team.

“Brothers in arms! Loved every second spent with these legends who I get to call friends! My true MVPs this IPL. Hope to catch up soon!” Jaggi wrote in his post in which he was seen posing with South Africa captain Faf du plessis, Batting coach Michael Hussey and South African Pacer Lungi Ngidi.

Brothers in arms! Loved every second spent with these legends who I get to call friends! My true MVPs this IPL. Hope to catch up soon!

Replying to this post of the uncapped player, Faf Du Plessis who opened for the yellow team throughout the season, said “much love bud. Was great to spend time with you”

Tamil speaking fans of IPL tournament who saw this comment from Ngidi, couldn’t keep calm and immediately expressed their joy over the foreign cricketer using a Tamil word to call his fellow teammate who belongs to Coimbatore.

Check out the screenshots of their comments below :

After getting eliminated from the season, Team Chennai Super Kings caused real trouble to a number of other teams in entering the playoffs. The yellow team’s thin chance of making it to the playoffs got shattered after Rajasthan Royals beat Mumbai Indians on the same day they defeated Royal Challengers Bangalore.

Despite of three back to back comfortable victories of CSK, chances of them getting into play offs faded away way earlier. The CSK team which is known for its huge fanbase, disappointed them with their poor performance in this season. However, fans convinced themselves by believing that their favourite team will bounce back next year. Dhoni’s confirmation of captaining the team in the upcoming year made them even more happier.