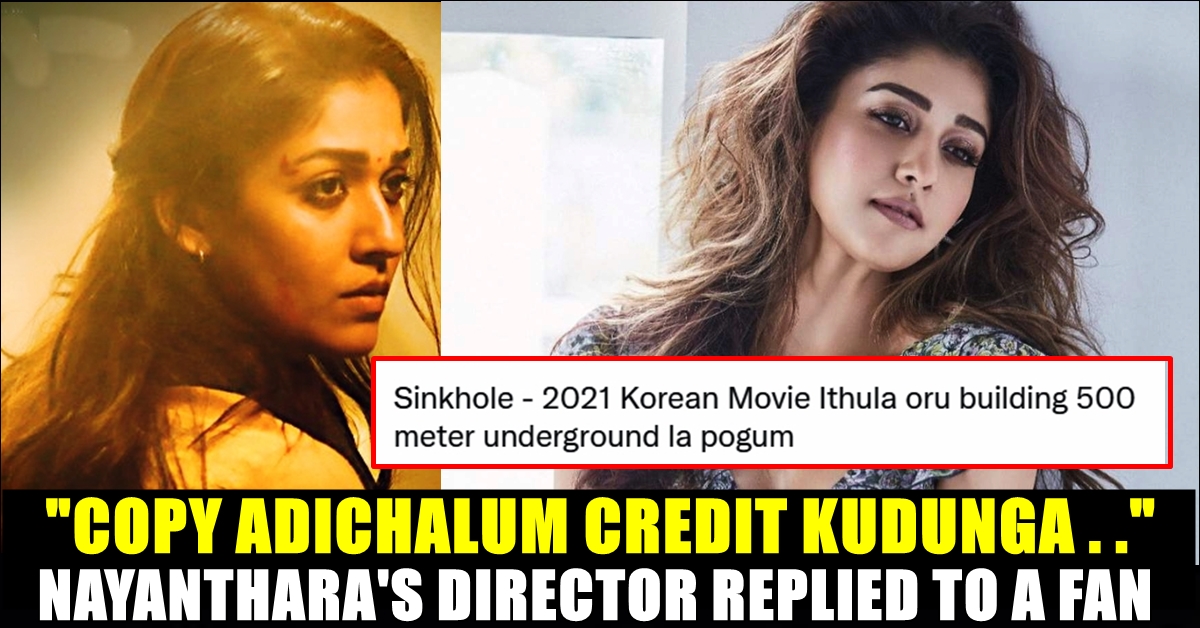 Teaser of Nayanthara’s upcoming film 02 released in YouTube on Monday and promised a gripping survival thriller. SR Prabhu of Dream Warriors pictures who produced the film, shared the YouTube link of the film and said that people are wondering why no different kind of scripts are being made in Tamil cinema and suspecting the makers of copying the story if any film different story gets released. 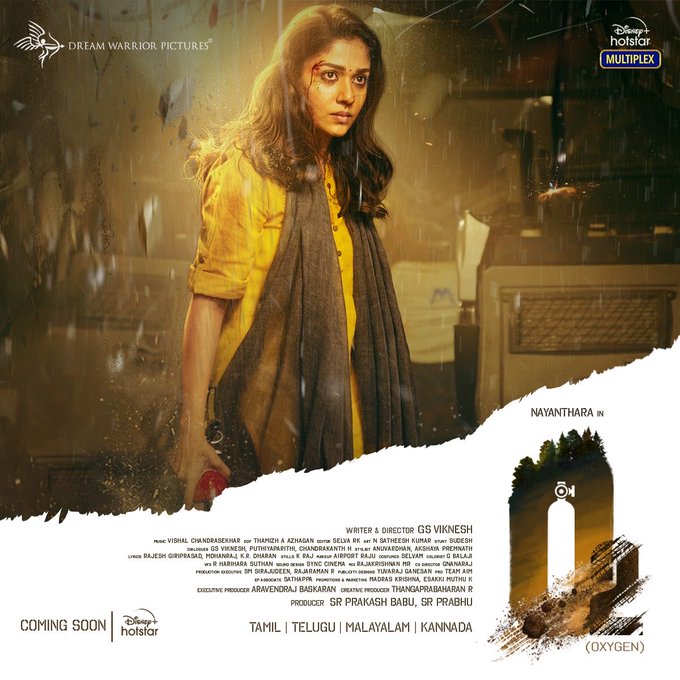 The producer also said that Director GS Viknesh who directed the film had admitted that it is his original product. Replying to his tweet, a follower compared O2 with Korean film titled “Sinkhole” that released in the year 2021 and also mentioned about a Hollywood film titled “Sinkhole” which was released in the year 2013. The Twitter user named Irfan went on to ask the makers to give due credits for the foreign films they are getting inspired from.

Director GS Viknesh who saw the reply, defended his product by asking the Twitter user not to get confused between a remake and a genre. The young filmmaker said that Survival Thriller is a genre and a story must be set across it. He also said that making a film with similar genre of other film doesn’t mean that he got inspired or copied. 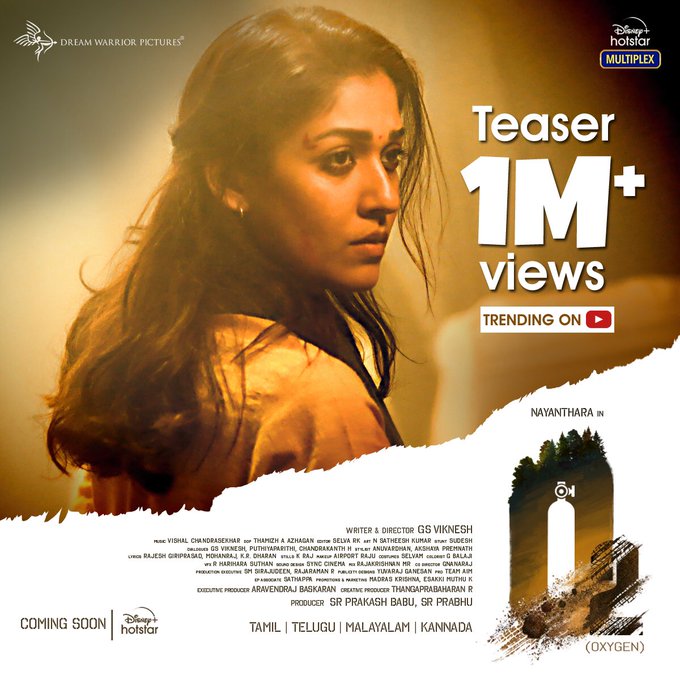 The one minute seventeen seconds long teaser showed Nayanthara as a mother to a 4-5 year old child who is surviving with the support of an oxygen cylinder. She gets stuck inside a bus with her co passengers under the ground and seemingly struggles to live as long as possible to be saved by the rescuers.

“If we stay calm by not getting panic and stay silent by not fighting between each other, we could live for 12 more hours” Nayanthara says to her co-passengers and is also seen spraying the fire extinguisher at them in the teaser. YouTube fame Rithvik played the role of Nayanthara’s son and which is going to be streamed directly in Disney Plus Hotstar OTT platform. Release date of the survival thriller is expected to be announced soon.

Producer SR Prabhu who is known for providing some quality films for Tamil cinema, shared the YouTube link of the trailer by saying “I chose this story only because people are getting angry over Tamil cinema makers for failing to make different scripts. Now, many are asking form where the film got copied. Your design are new. Director Vignesh himself said that it is his original” In his tweet.

Director Vignesh himself came up with a reply for Irfan, asking him not to get confused between a remake and similar genre. “Please! Don’t get mislead with a genre and a remake. Survival thriller is a genre. Every survival thriller has to set a story formed across it. It doesn’t mean we inspire or copy” read the reply of the filmmaker.

Please! Don’t get mislead with a genre and a remake. Survival thriller is a genre. Every survival thriller has to set a story formed across it. It doesn’t mean we inspire or copy.

However, we have to wait till the release of the film to come to a conclusion as it is too early to comment on the authenticity of a creative product just by watching a glimpse of it.

These Top Filmmakers & Actors Got Stunned After Witnessing “Vikram” Trailer !!
Vijayalakshmi Hits Back At A Woman Who Demeaned Her !!