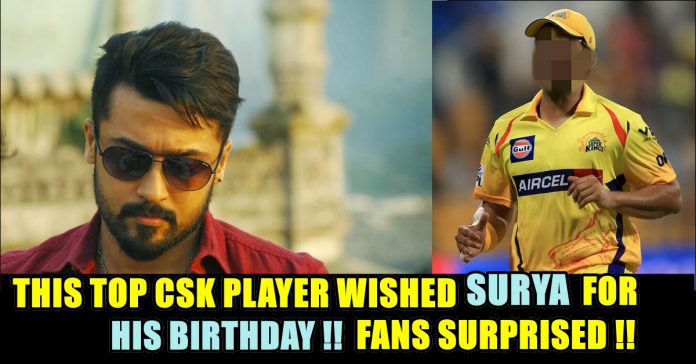 The period from 2002-2005 was revelatory for Suriya and also for the Tamil audience as we had found an actor who seemed he could do anything. Kicking off with Mounam Pesiyadhe, Suriya’s choices and performances were exemplary as he set new standards for himself. From being the angry, loyal young man in Mounam Pesiyadhe, Suriya shifted to being the sophisticated cop in Kaakha Kaakha. And, then it was the easy-to-like con-man in Pithamagan, followed by a hunchback in Perazhagan and a revolutionary student leader in Aayutha Ezhuthu. There are very few actors who can straddle the kind of roles I have just listed with consummate ease, over just a couple of years. Suriya’s body language in all of these films is beautiful — they shifted, changed and morphed with the character he was essaying. Pithamagan was the epitome of how effortlessly expressive Suriya can be. Suriya played the perfect anti-foil to Vikram’s bottled-up emotions. In contrast to Vikram whose movements happened in bursts, there is a languid ease, a flow in Suriya’s mannerisms.

The streak continued even though he wasn’t showered with commercial success. And then something happened that changed Suriya as we knew him. The film was Vaaranam Aayiram, and since then it hasn’t been the same. Now, I love the film for what it is. Playing a dual role, there are various shades to Suriya’s performance that is quite enjoyable. But the film brought a tangible terseness to his body-language that knew no inhibitions earlier. The tautness became marginally stronger with films like Ayan, Aadhavan, becoming unshakeable with the Singam franchise. For the cinephile in me, it seemed like we have lost yet another convicted actor to the clutches of stardom. The audience could sense that he was acting, the effort, something that Suriya had never shown us before. Maybe, he was bearing the weight of commercial success, of being a mass hero. Lets hope Selvaraghavan brings us back the free, easy-going, uninhibited Suriya from his Pithamagan days. Maybe, we would find the answer in Selvaraghavan’s NGK.

On this special day of him, So many celebrities wished him the best birthday but the surprising wish is from our very own CSK Player “Chinna Thala” !! Yes Suresh Raina wished Surya on his birthday in a sweetest way. Check out his wish here :

What that has to do with @ImRaina or @Suriya_offl birthday? 😀😂

Thank you fa the wishes …😍

Its really surprising that Suresh Raina wishing for a prominent south Indian actor Surya. What do you think on this comment below !!