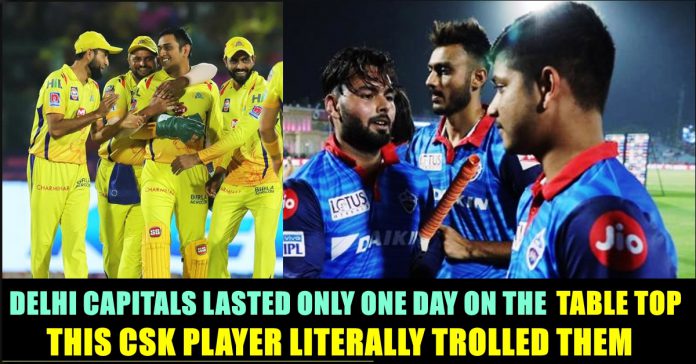 This CSK Player Brutally Trolled Delhi Capitals For Lasting Just One Day On Top Of The Table !! Check Out !!

Chennai Super Kings have returned to the top of the IPL standings once again with a six wicket victory over Sunrisers Hyderabad at home on Tuesday night.

Put into bat by CSK, Sunrisers lost their in-form opener Jonny Bairstow in the second over itself. However, Manish Pandey stepped up for the team after coming into bat at number 3, and along with David Warner smashed the bowlers all around the park. 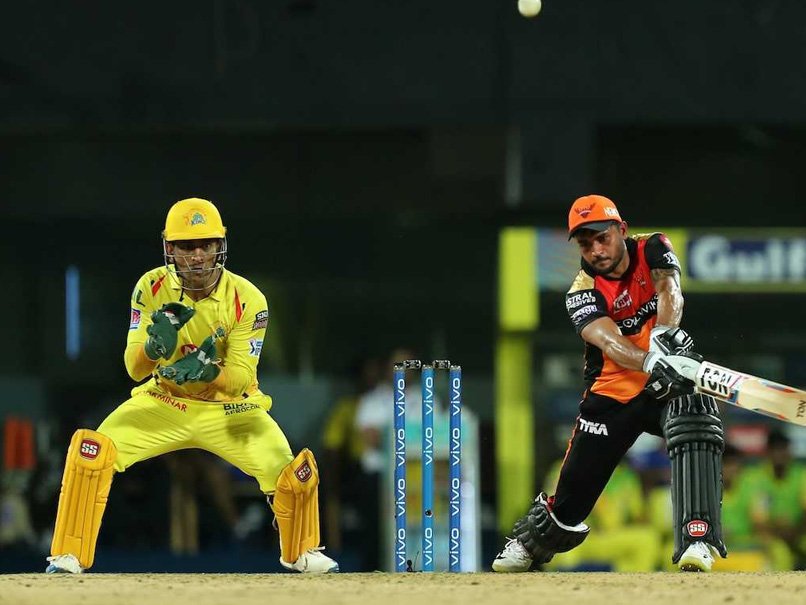 Warner (57 off 45) and Pandey (83 off 49) helped powered Hyderabad post a competitive 175/3. The two points from the win now helps Chennai get back on top of the points table. Delhi Capitals, Mumbai Indians and Sunrisers Hyderabad occupy second, third and fourth place respectively. 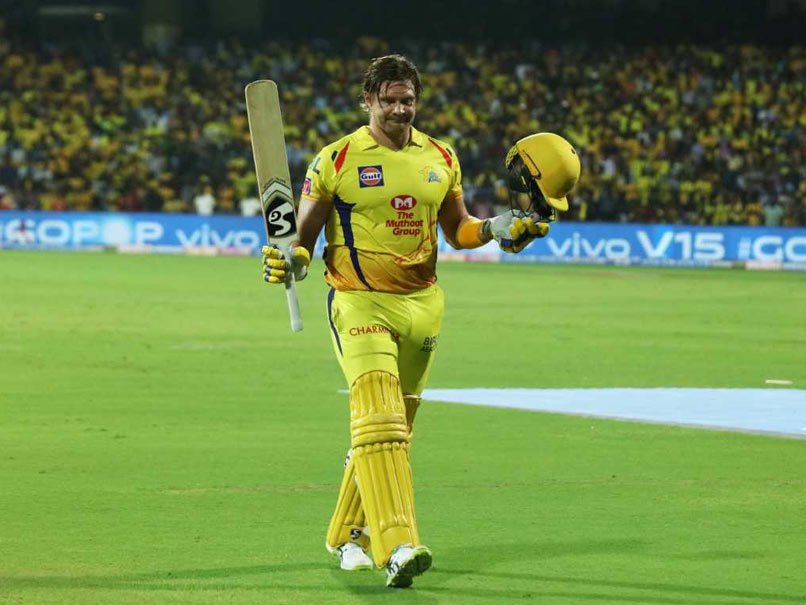 Delhi Capitals who gained their 14 points through their match against Rajastan Royals and won got the first place a couple of days back. Chennai’s victory performance yesterday resulted in Delhi lasting in the 1st place of the table just one day.

Though people are very much aware that these tweets are not written by Inran Tahir himself, they consider these tweets as one of the biggest joy and entertainment which is evident through the comments they are posting :

To chase 176 required a special innings and Shane Watson put his hand up with a classy 96. Handful contributions from Suresh Raina ensured Chennai pockets a six-wicket win and get back to winning ways. They are now back at the top of the table once again.

Kings Xl Punjab are placed at fifth position after winning 5 out of their 10 games. Kolkata Knight Riders occupy the sixth spot. They have now lost 5 consecutive games and will be looking to make amends if they are to secure a spot in the play-offs.

Rajasthan Royals and Royal Challengers Bangalore occupy the seventh and the eighth spots respectively. All is not lost for both the teams, but it will take a herculean effort from hereon to change their fortunes.

Previous article“When I Met Atlee, He Asked Me To Point Out The Guy Who Informed Me” Selvah’s Shocking Interview !!
Next articleTop Actors Ajith & Vijay Faced The Wrath Of Public When They Went To Vote !! Video Goes Viral !!