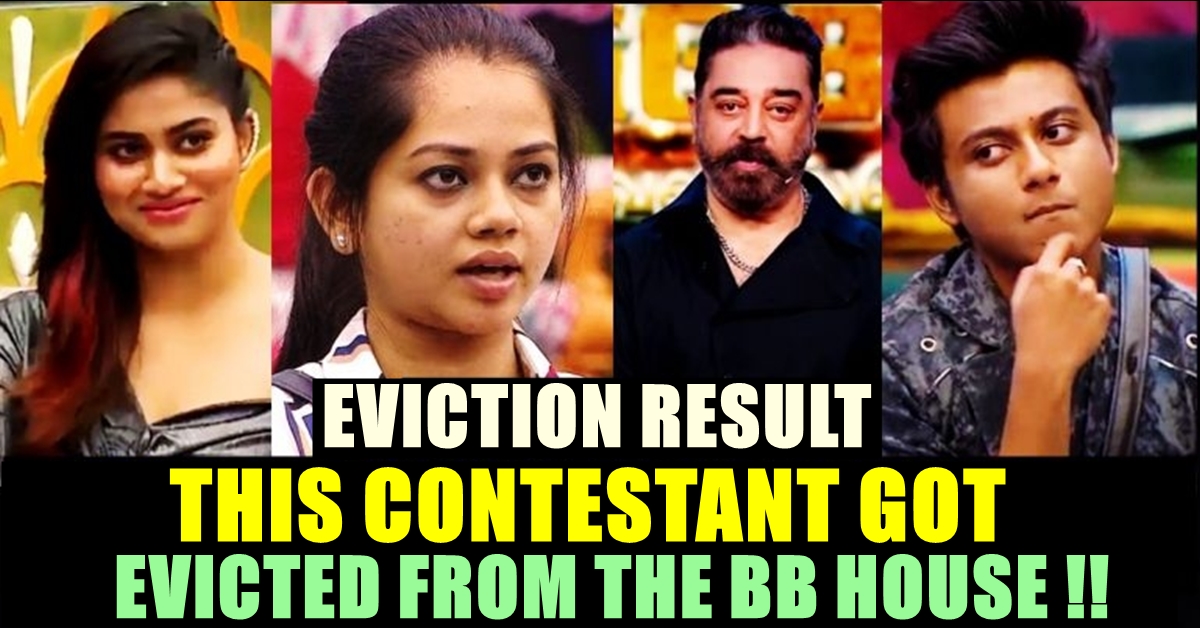 An unexpected report surfaced saying that Anitha Sampath got evicted from the Kamal Haasan hosting Bigg Boss show. The buzz came in as a shock to the viewers as they expected Aajeedh would receive less number of votes from the audience. He who already got evicted during the first half of the 100 days show, stayed inside the house by using a pass he won during a task. Gabriella, Aari, Aajeedh, Anitha and Shivani are the nominated contestants of the week.

The fourth season of Bigg Boss, a widely watched reality game show is currently underway. The show went past 80 days and the contestants are busy contending for the title. Meanwhile, Bigg Boss is looking for all ways to entertain the audience by making the contestants perform interesting tasks. The show which identifies itself as a miniature of this entire world, connects with the family audience easily due to the problems and confrontations that are taking place between the contestants in daily basis. The reality game show functions based on the votes of the audience. A contestant who gets less number of votes from the audience would be evicted each week.

So far, the show has witnessed a number of controversies, confrontations, arguments, quarrels and some interesting physical tasks. Nine contestants including Archana Chandhoke, Aranthangi Nisha, Jithan Ramesh, Sanam Shetty, Samyuktha, Mirchi Suchi, Suresh Chakravarthy, Vel Murugan, Rekhagot evicted from the show. Now, in an unexpected twist, Anitha who is being considered as one of the strongest contestants of the show got evicted from it, according to sources.

Anitha Sampath, a news reader by profession is pretty much active in performing tasks and also in interacting with her fellow housemates. She had a rift with Suresh Chakravarthy in the first week over a comment he made about news readers. A statement she made on widows being a part of Hindu rituals was lauded by Kamal Haasan himself.

Anitha also became the main cause for the elimination of Samyuktha. The way she questioned Rio in the phone call task also impressed a number of followers. However, her habit of making a fuss out of petty issues frustrated the viewers at times which is evident through the comments that surfaced in social media platforms. Though she grabbed enough amount of footage in the past week, the rift that took place between herself and Aari could have made fans hate her enough to not vote for her.

Check out some of the reactions for this buzz :

She fought very well past 80+ days

Of course she has more haters

If #Anitha is evicted then #Aajeedh also shouldve been evicted

If a women Hiding behind a men is better than a women talking social cause , speaking her opinion , standing up against bullies?

Where are we going?

If #anitha gets evicted it will be totally unfair.

A women who gave quality entertainment without any glamour #Biggbosstamil4

I want Aajeed to go out!

he will show more attitude then this week!#BiggBossTamil4

It is also expected that Bigg Boss is going to send Anitha into secret room and conduct double eviction in the upcoming week. However, an official confirmation is awaited and we have to wait till the Sunday evening for the episode to get telecasted to see whether Anitha got evicted or not. Comment your views on this strong buzz !!