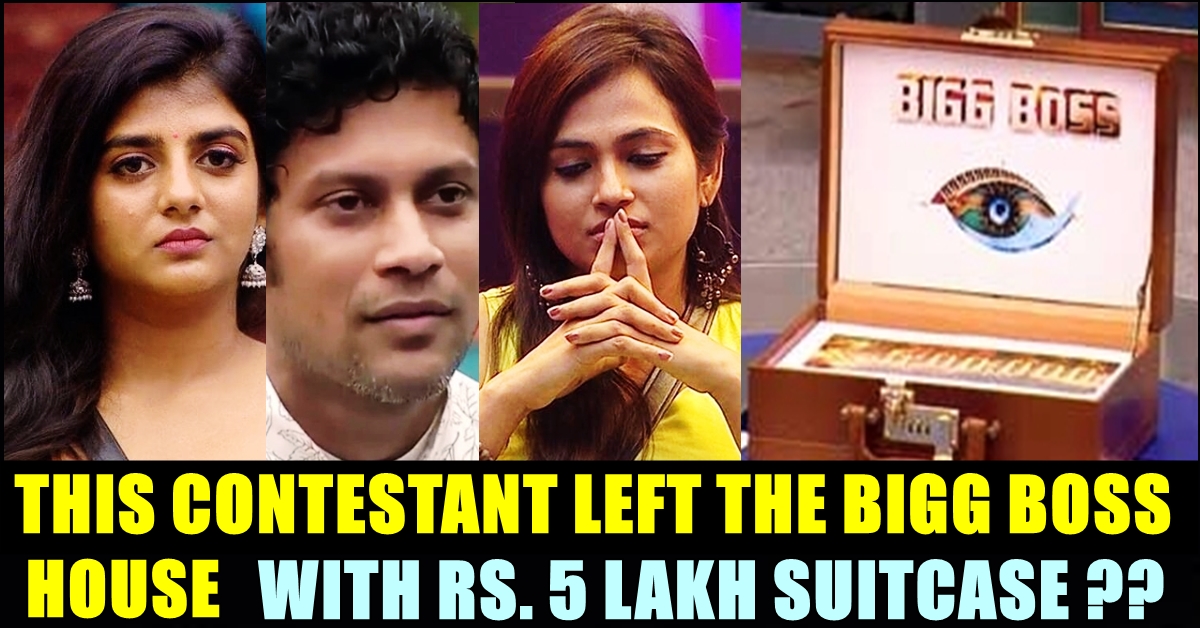 The grand finale of Bigg Boss show is nearing and six finalists are contending for the title so far. Aari Arjunan, Balaji Murugadoss, Rio Raj, Soma shekar, Ramya Pandiyan and Gabriella Charlton are the six contestants who managed to stay inside the house for 100 plus days without getting evicted by the audience. Now, a strong buzz emerged saying that Gabriella left the Bigg Boss house with a suitcase of 5 lakhs as Kavin did in the last season.

Bigg Boss Tamil season four is all set for the grand finale and the final week sees the old contestants who got evicted from the show making their entry again as guests. Archana Chandhoke, Aranthangi Nisha, Jithan Ramesh and Rekha re-entered the house to meet their old buddies. Samyuktha, Mirchi Suchi, Sanam shetty, Anitha Sampath, Vel Murugan also made their presence inside the house. The first promo of Thursday showed the contestants celebrating Pongal festival.

Now, political analyst Kishore K Swamy who has been providing Bigg Boss updates throughout the season regarding evictions, has uploaded a tweet saying that Gaby left the house with Rs. 5 lakh after Bigg Boss offered it to the finalists. Kishore has been giving accurate updates so far but we have to wait till the episode regarding the same to telecast.

After seeing his tweet, fans checked the first promo and found Gaby missing from the Pongal celebration. Many other reactions from fans surfaced regarding the update. “Didn’t expect gabi to go.. ex housemates entry spoiled the whole finale week. Too much of outside info and all finalists look already lost. Better to end the show right now” wrote a follower whereas another one said “Gaby should have waited for ₹5 lakhs to move up to ₹25 lakhs! In Telugu season4 , finalist Suhail waited for the money bid to go upto ₹25 lakhs and then quit!”

And also you can check todays Promo NO GABY. It means she evicted with cash money.. His info true.

Didn't expect gabi to go.. ex housemates entry spoiled the whole finale week. Too much of outside info and all finalists look already lost. Better to end the show right now.

If that true ; that's a very Smart move by #Gaby !! Proving again as thatha said you are very very intelligent kid ❤ #Gabriella

Actually it’s a smart move by Gabi !!! She’s not in the promo so I think she did leave #BiggBossTamil4

Gabriella, a skilled dancer entered the house to get a career in film industry. She who acted as Shruthi Haasan’s sister in 3, played extremely throughout the season. Be it tasks or addressing the issues that are taking place inside the house, Gaby always excelled in it and gained a separate place among the audience. However, knowing stronger contenders such as Aari Arjunan and Balaji Murugadoss are competing for the title, Gabi seems to have taken this decision. Let’s wait for the episode to see whether this update is true !!

11 Marriages At The Age Of 22 ?? Villivakkam Lovely Ganesh Got Arrested !!
Chinmayi Called Out The Interviewer Who Questioned The Viral Girl !!