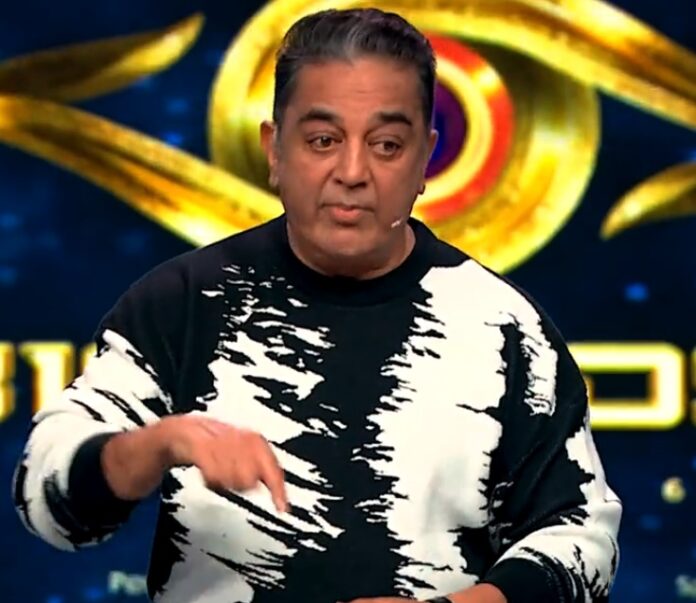 Eviction result for the ongoing week of Tamil Bigg Boss show got leaked as the shooting for the weekend episode with Kamal Haasan got completed. Reactions regarding the same are flooding the internet through the keen followers of the cash rich show.

Here are the promos :

Coming back to the eviction, it has been reported that Nivashini got eliminated from the show after receiving less number of votes from the audience.

Being a Singaporean, Nivashini is a digital content creator and entrepreneur of Indian descent. In the year 2014, Niva won the Miss Elegance title by Malabar Gold and Diamonds. Apart from running an online jewellery shop and business, Niva played the role of Indhuja in the Tamil web series “Unnau Kann Theduthe” which was released in a YouTube channel. Inside the Bigg Boss house, Niva failed to grab more footages due to have inactivity. Until Asal Kolar was staying inside the house, Niva looked happy and vibrant but left isolated after his eviction. Now, she got evicted from the show on the 41st day.

Here’s how internet reacted to her eviction :

#Nivaa you has good heart and thanks for being genuine #BiggBossTamil pic.twitter.com/dvJdBRoXGD

Bye Bye #Nivashini 👋🏻
You had wasted your opportunity.

#Nivaa you played well you never fight that make it till promo .. You were so genuine and being calm and cool #BiggBossTamil

Unidentified fans who watched "Thiruchitrambalam" on the second show of first day of its release, damaged the screen of Chennai city's one of the...