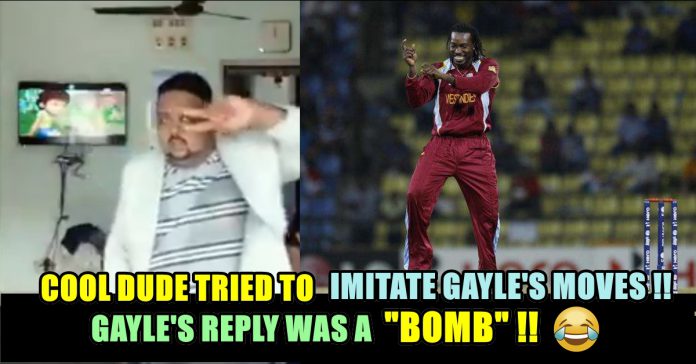 The West Indian batsman Chris Gayle is pretty popular in India due to his wonderful performances in the IPL tournaments. Gayle who is known for playing big shots with ease has played for IPL franchise Royal Challengers Bangalore for many years but this year, he was bagged by Kings XI Punjab.

Another remarkable thing about Chris Gayle is that he is known for his entertaining skills and is a wonderful dancer.

A fan took to Twitter and Musical.ly to show the world his dancing skills and the person whom he chooses to compete with was Chris Gayle. Here’s a video in which the fan can be seen on the left trying to mimic the dance steps of Chris Gayle while the cricketer is on the right side featuring in the original number.

The fan was successful to some extent but the reply that he got from Chris Gayle was epic, leaving everyone into a state of confusion as to whether Gayle is praising the fan or slamming him. 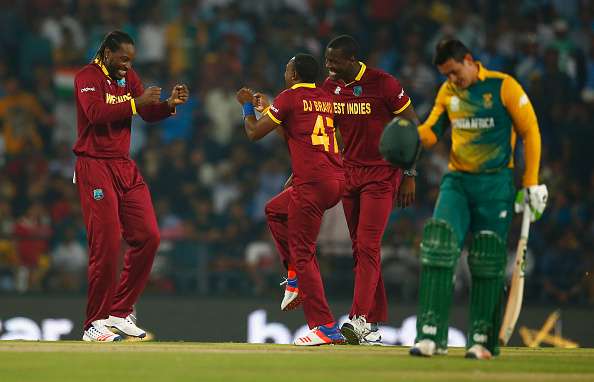 Here’s how Gayle responded to the fan’s video:

Only Chris can tell whether it is a compliment or he is slamming the fan. But the fan took it sportive and showed his warm words towards Gayle. Here ‘s the Fan’s reply for Gayle’s opinion.

However, each time you come out and bat I feel like I’m attending the Funeral of a ‘LEATHER BALL’

Love and regards from India 🙂

Well lot of fans enjoyed Gayle’s funny reply. Whats’s your view on this ??