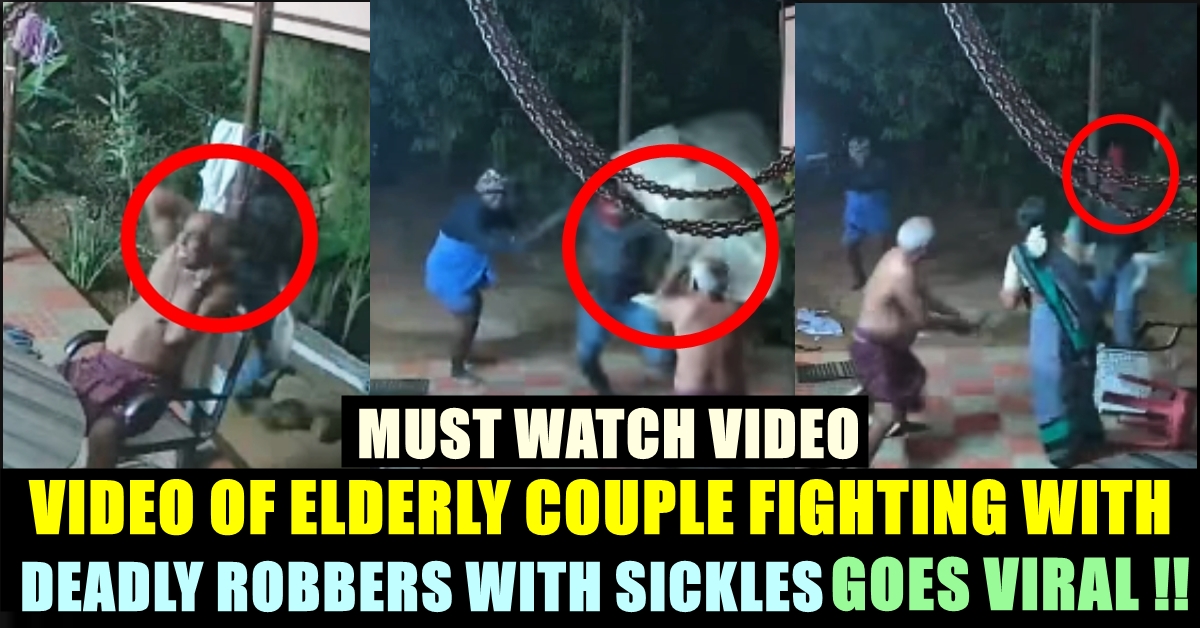 Self-defence, especially for women and older people, is of utmost importance in the kind of the world we live in today. Women, usually referred as the weaker sex, are considered easier targets. In a country like India where the cases of violence are on rise, out of which many go unreported, self-defence for women and elderly people has become a necessity more than ever.

In a way of exhibiting the importance of self defence, an elderly couple from Tirunelveli has shooed away two deadly thieves with ease. The video which is going viral across Internet, became the talking point for today, despite of Vanitha’s entry in Bigg Boss house. Various studies have shown that the criminals tend to choose their targets when they (the potential victim) are unaware of the surroundings. This is about Shanmuga Velu, a farmer by profession and his wife Senthamarai’s struggle we are talking about. Resided in Kalyanipuram, a small village near Tirunelveli, Shanmugavelu was attacked from behind by one of the two thieves with covered face. Both of them were carrying sickles with which they tried to threaten the elderly couple.

It happened when he was sitting in a chair and trying take something from table. As soon as Shanmugavelu fell off from the chair, his wife Senthamarai who came out of the house started throwing everything she finds on the surface at the dangerous thieves. Initially she threw some chappals at the thieves and after locking the door, she starting hitting them with plastic chairs and buckets. Shanmugavelu joined her in beating them with plastic chairs.  At one point, the thieves, who couldn’t bear the pain ran off from the spot. The CCTV video of this bravery has been released and being spread in Internet.

This courage displayed by the elderly couple is being lauded by the netizens. Check out some of the reactions the video is receiving here :

Salute to the elderly couple for their courage and guts to fight the burglars..
pic.twitter.com/cEmj253yHZ

Seeing the video it seems they must not be robbers..they harmed old man but didnt’t even touch or thought of harming woman..the second robber was quite inactive.. The purpose is not robbery..I guess old man needs to take care

Reward them with Param-veer chakra! Like South Indians Really have some super powers!

Old couple in Tirunelveli district fought alone and chased out two burglars who had sickles.
Kudos for their courage and Lol for those burglars who ran away after getting from grandpa and grandma! pic.twitter.com/990pgTmcUK

This couple indeed deserves award for bravery. Comment your views !!

This 2.0 Technician Slammed Lyca Productions For Payment Balance !! SHOCKER !!
Vanitha Mentioned “Durga” To Abhirami In The First Promo ! Check Out To Know Who She Is !!