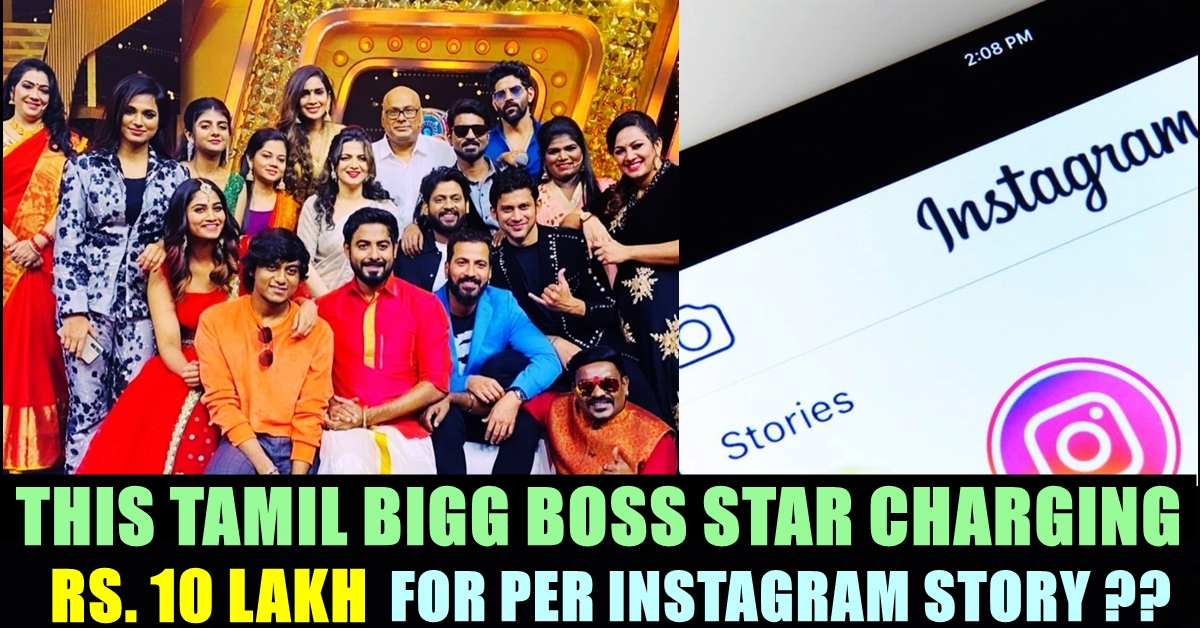 Celebrities who took part in the widely watched reality game show “Bigg Boss” are pretty much busy in their respective field as of now. Many of them who belong to acting profession are awaiting for a right opportunity to prove their skill whereas stars such as Raiza, Harish kalyan, Aarav, Losliya, Tharshan, Kavin have already committed in a number of projects. Some of them are also running you tube channels and almost all the Bigg Boss celebrities are involved in social media influencing.

Social media influencing is nothing but social media marketing that involves endorsements and product placements. Celebrities who have highest number of followers in Instagram and other social media platforms are actively involved in social media influencing. Now, a strong buzz has surfaced in Valaipechu youtube channel, saying that actress Ramya Pandiyan who entered the season four of Bigg Boss show as one of the contestants, had demanded Rs. 10,00,000 to put a story in her official Instagram handle in order to advertise a product.

Ramya Pandiyan who was highly believed to win the trophy of Bigg Boss season 4, ended up becoming the second runner up of the Kamal Haasan hosting show. She who rose to fame among Tamil cinema audience through the pictures of herself that surfaced in the internet from her terrace photoshoot, has acted in films such as “Joker”, “Aan Devathai” prior her Bigg Boss stint.

Movie journalists of “Valaipechu youtube channel”, in one their recent youtube videos, has said that the actress is charging Rs. 10,00,000 per story in her Instagram account. The actress who is enjoying 21 lakh followers for her official Instagram handle, has posted 516 posts so far. Her exclusive pictures, movie updates and the pictures of her daily routines are taking place in the official Instagram handle, along with promotional posts and videos.

“A firm approached her recently to make her upload a story in her Instagram handle to promote their product. She asked Rs. 10,00,000 from them” said Bismi, one of the movie journalists who also added that the actress, once charged money to give an interview to a leading magazine.

On the work front, Ramya Pandiyan, as soon as coming out of Bigg Boss house, got committed with actor Suriya’s prodcution house 2D entertainments. The film is touted to be a female centric one and Ramya is going to play lead in it, according to reports.

I’m happy to officially announce my next project with 2D Entertainment @rajsekarpandian sir, directed by @arisilmoorthy. Special thanks to @actorsuriya sir and the entire team for this wonderful opportunity” said Ramya while announcing about the project.

When Sivakarthikeyan Improvised A Dialogue About Losing Father In His Film !! WATCH
Indian Fans Supported A Tweet Of Michael Vaughan For The First Time !!