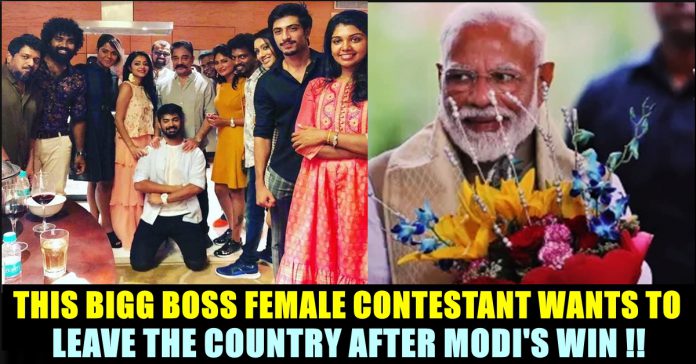 Prime Minister Narendra Modi, a day after a super-sized victory in the national election, began his morning with visits to BJP veterans LK Advani and Murli Manohar Joshi — who had felt slighted after they were asked to sit out these polls – and his tribute to both on Twitter.

The current prime minister Narendra Modi will continue for the second term and going by history of Indian politics, it is a huge achievement for him and his party. The prime minister met the party workers yesterday (May 23) evening and thanked them for their relentless work and support. 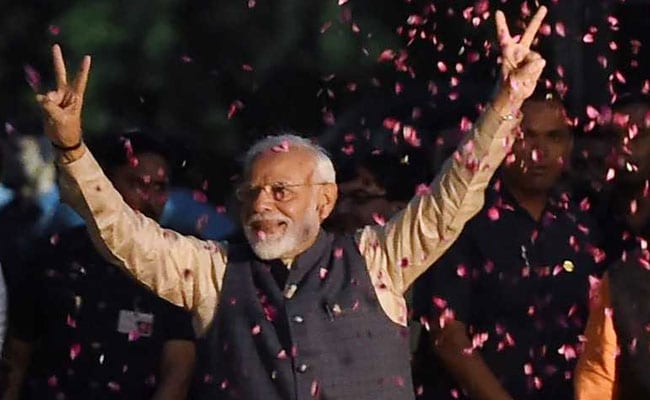 Going by the reports, Narendra Modi is expected to have a swearing-in ceremony on May 26 in Delhi. His cabinet ministers across the country have been asked to assemble in the capital on May 25.

Many people congratulated the Prime Minister for his massive victory where as some expressed their disappointment as well. Vaishnavi Prasad who is know for her Bigg Boss appearance posted her opinion, as soon as the announcement of Modi’s victory arrived.

In her twitter account she wrote “OK. Any migration ideas will be welcomed” to which she received many suggestions from her followers.

OK. Any migration ideas will be welcomed

She is known for being one of the most controversial housemate while being inside the Bigg Boss house. After Bigg Boss, the aspiring actress is now very much active on social media platforms.

Might I Suggest Pakistan. Heard there’s a large crowd of Like Minded Indians being forced to move there. Create a new scene. Non Veg food off the charts. Clean hash also I hear.

What do you think on these comments of them ?? Comment your views below !!

Previous articleSanjay Manjrekar Indirectly Said India Will Win The World Cup !! Getting Thrashed For This Reason !!
Next articlePakistan Lost To Afghanistan In World Cup Warm Up Match !! Getting Trolled In Social Media !!

Top 12 Budget Restaurants in Chennai Where Just Rs.100 Is Enough

For every bachelor or even a married professional, there comes a time when there is longing to have great food that doesn’t burn a hole in...