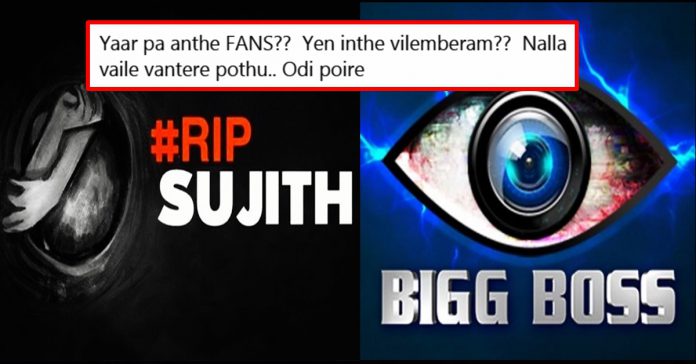 Two year old kid Sujith’s demise left the entire country in deep grief. The more than 80-hour long battle to save two-year-old Sujith Wilson, who had fallen into an abandoned borewell at Nadukattupatti, near Manapparai, in Tamil Nadu on Friday, failed on Tuesday with rescue workers managing to retrieve only his “highly decomposed and dismembered” body.

Entire Tamilnadu including Celebrities and politicians are expressing their condolences for the loss of the child. Now, the winner of Tamil Bigg Boss season 1, Aarav has announced that he is not going to celebrate his birthday due to the demise of Sujith.

Aarav who is celebrating his 31st birthday today that is on 31st of October, also asked his followers and fans not to celebrate his birthday. In his tweet, he wrote “As we mourn the death of the baby #Sujith , I decide not to celebrate my birthday this year ,request the fans too, to follow the same. Prayers to the family #RIPSujithWilson”

As we mourn the death of the baby #Sujith , I decide not to celebrate my birthday this year ,request the fans too, to follow the same. Prayers to the family#RIPSujithWilson

After making his acting debut through the Vijay Antony-starrer Saithan, he rose to fame after winning the first season of the Tamil reality television show Bigg Boss hosted by Kamal Haasan. Aarav is all set to make his acting debut as hero through popular director Saran’s Market Raja MBBS, trailer of which has released lately.

Though the actor said it for a good cause, followers of him started trolling him and said that it is not useful to anyone. Some even questioned whether he has fans. Check out some of their reactions below :

Great brother but when is your birthday just curious

Nothing use.. do something better

Aarav has been constantly tweeting since the issue of Sujith got surfaced in news channels. Through his series of tweets, Aarav raised many questions including who is responsible for Sujith’s death. Check out the tweets he posted regarding the same :

Prayers for the rescue of Sujith..Incidents like this are happening constantly.. who is responsible??#PrayForSujith

Sorry #Surjith this world is not a safe place for you to Live. We the people are all selfish animals in someway, exploited everything for our own benefits. An Angel like you cant survive this.

You still remain to be a real Hero even in ur death, uniting people across religions –

– caste, and language to pray for you, and to think about this issue seriously.
You are a Winner my boy. We dnt deserve a Hero like you, We are the Losers.#RIPSujith#RIPSurjith

What do you think on this tweets posted by Aarav ?? Comment your views below !!