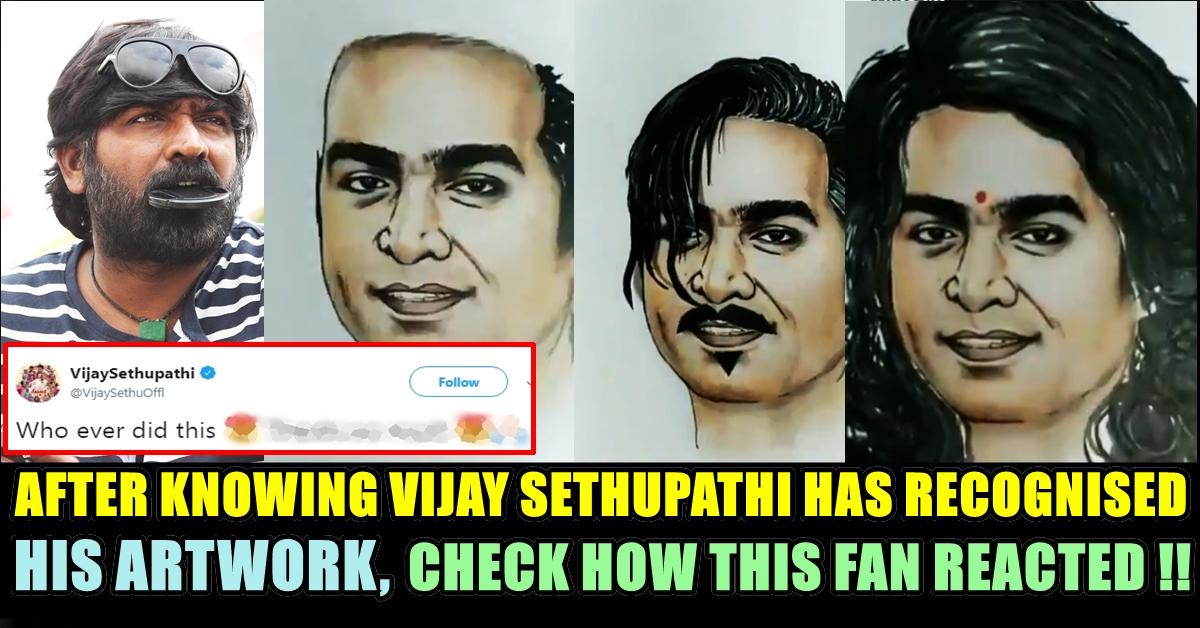 We have seen fans painting a picture of their favourite actor and posting it in twitter in order to get the attraction of the actor. It is not only a matter of getting attention but a pure love that they have on their idol. 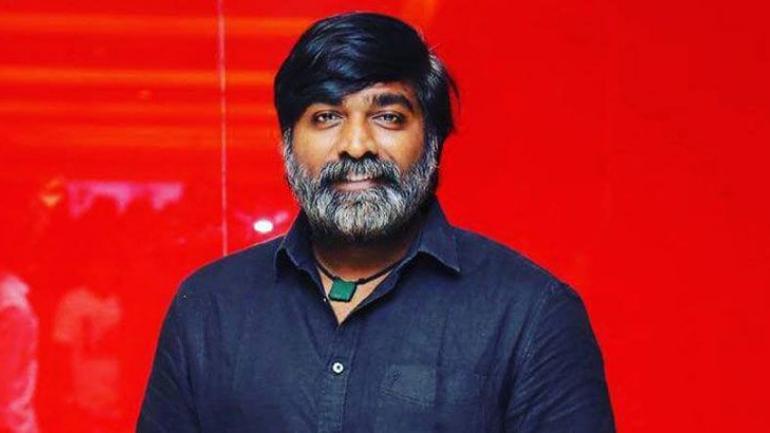 In an unique attempt a fan named “Mirshad” made an excellent artwork of his favourite actor Vijay Sethupathi who just now completed his 25th film in a career span of very small time. 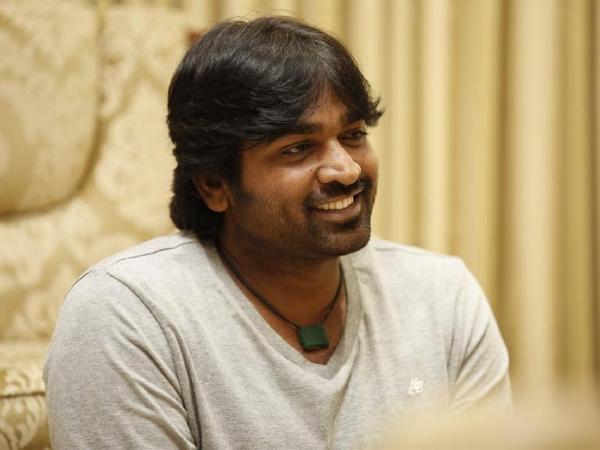 He uploaded the video in his twitter account which went viral through the retweets and it did not missed to grab the attention of the actor himself. The one minute video shows a constant painting of Vijaysethupathi’s face but through replacing the hairstyle and beard with alternative drawings, Mirshad showed almost every makeovers of Vijay Sethupathi in all his films including the character of “Shilpa” in upcoming Super Deluxe. The video also had the inspirational incidents shared by Vijay Sethupathi himself in the background. Sharing this video in his official twitter account Vijay Sethupathi wrote “Who ever did this . Thanks so much”

Who ever did this 😍 Thanks so much 😍🙏🏻 pic.twitter.com/1pDZGoRPoy

As soon as the tweet surfaced many followers of Vijay Sethupathi mentioned Mirshad in the reply section.

@mirshad283 this guy bro. Hard and smart worker. Hope u ll reply him.

Finally Mirshad himself realized that Vijay Sethupathi has shared his video and commented which reached more than 600 loves and 100 shares. Check out his reply here :

Thank you very much sir. I glad that you notice my drawing.. super excited.. an inspiring story

Vijay Sethupathi is one the actor who enjoys a massive fan following. Appreciating a single fan for his true talent is indeed a heart winning gesture. These kind of tiny considerations from their favourite actor would definitely instigate those young talents to do more creative works. 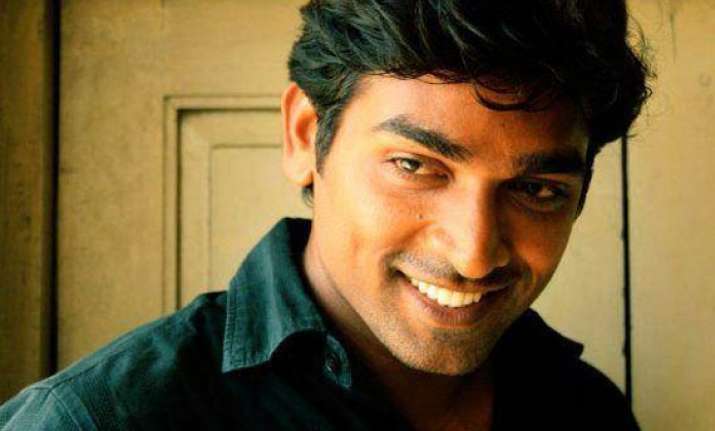 Vijay Sethupathi is now enjoying the success of his recent “Drama” “Seethakathi” has many films to be released. Including Thyagaraja Kumararaja’s Super Deluxe, Karthick Subbaraj’s Petta Vijay Sethupathi seems to be one of the prominent actors of the industry who has his own way of acting.

It is also rumoured Vijay’s role in Vikram Vedha to be reprised by Shah Rukh Khan in the bollywood remake of the film.

Comment your views on the work of Mirshad and the sweet gesture by the actor !!

This Reply From Sivakarthikeyan To A Fan Winning Hearts !! Sweet Gesture !!
To Avoid “Pudhucherry Ko Wanakkam” In Future, Check What Action BJP Party Has Taken !!