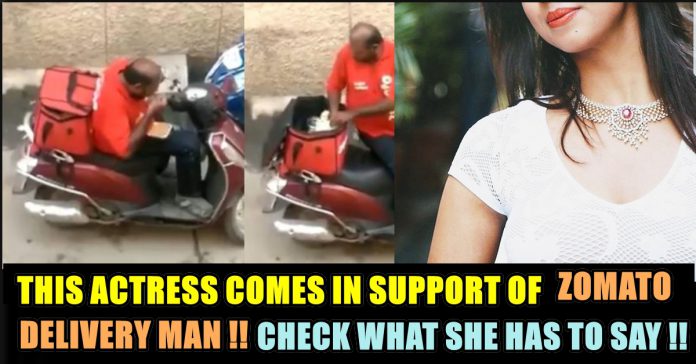 The video, which emerged and went viral on Monday, appears to show an employee of the restaurant search and food delivery platform helping himself to a bit of a customer’s meal before re-sealing the boxed order and putting it back – likely to be delivered.

The video prompted widespread outrage on social media. In the video, one can see the delivery man sitting on a bike wearing a Zomato shirt and carrying Zomato delivery bag. After that he goes on to eat out of a food parcel meant for delivery. Then he keeps the box back in the package and takes out another one. After eating from the second box, he seals it and keeps it back inside. He is then seen adjusting the sealing of a smaller packet after which he prepares to leave. 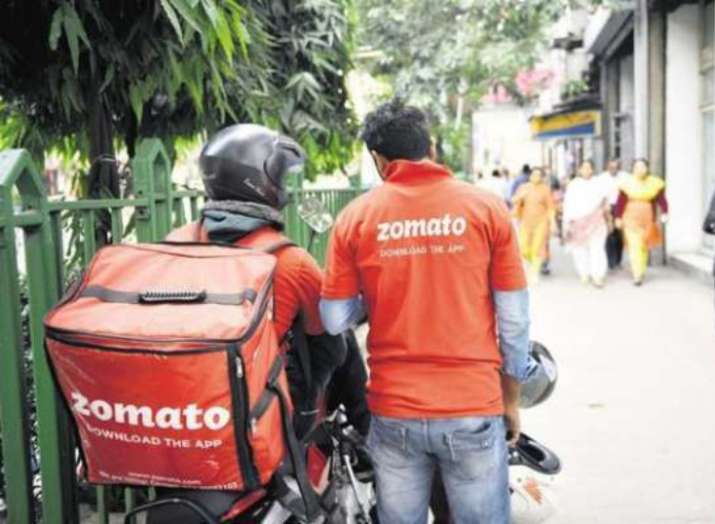 But after Zomato said that they had sacked him, some people felt that the punishment was too harsh given that the delivery boys work really hard and hunger is beyond a human’s control. Actress Sanjana Galrani, sister of Nikki Galrani who is also currently filming with the Producers of Baahubali in a project titled Swarnakhadhgam came of in support of the guy stating “This is the person who hit headlines for eating from parcel of Zomato customer . Now Zomato says he is caught and fired at Madurai Now the question arises 1) Is hunger a crime 2)Why not he be given chance to reform 3) Guys he just ate food . He did not loot some one’s house in guise of Zomato delivery guy May be Zomato will have better delivery policy now onwards But God save this poor chap … His Crime is Hunger , I say give him a #secondchance .”

This is the person who hit headlines for eating from parcel of Zomato customer . Now Zomato says he is caught and fired at Madurai
Now the question arises
1) Is hunger a crime
2)Why not he be given chance to reform
(Continued) pic.twitter.com/CJWQ0JdY1o

3) Guys he just ate food . He did not loot some one’s house in guise of Zomato delivery guy

May be Zomato will have better delivery policy now onwards
But God save this poor chap … His Crime is Hunger , I say give him a #secondchance .

Check out the reactions she has received for her tweet :

I adore you for the support you have given to the guy…yes definitely he has not made a crime. Its a mistake to be seen on humanity grounds not in business perspective.

Hunger is never a crime madam.. Feeling sorry for him.. But what he has done is not acceptable… You just can’t steal someone’s food..

He didn’t just eat food, he cheated. He should have been upright and asked for food if was hungry.

He ate straight away from the food. He didn’t just take some. What if he was infected with something ? One shouldn’t encourage this.

what’s wrong in that? Having food is crime when a person is hunger? @Zomato

Sanjjanaa Galrani, is an Indian model and film actress. She made her film debut in the Tamil-Telugu bilingual film Oru Kadhal Seiveer (2006), and soon known for her controversial role in the Kannada film Ganda Hendathi (2006).

Previous article“Why Donald Trump’s Image Appears, When I Search For The Word “Idiot” ??” Asked Congress Woman !! Check How Sundar Pichai Replied !!
Next articleMan Jokingly Called His Fiancee As “Idiot” In Whatsapp Chat !! Check How She Reacted !!

From Baahubali to Bairavaa, Veeram to Vivegam and Santosh Subramaniamto Saamy, you name it and director CS Amudhan has spared nobody in this film. The movie is a commentary on the state of...

Madras high court imposed Rs. 1 lakh fine for actor Vijay who sought tax exemption on a luxurious car that got imported from foreign....

Samantha’s Emotional Note About Her Health!!

On Saturday, actress Samantha came up with an emotional note updating about the health condition she has been going through. The "Super Deluxe" actress...