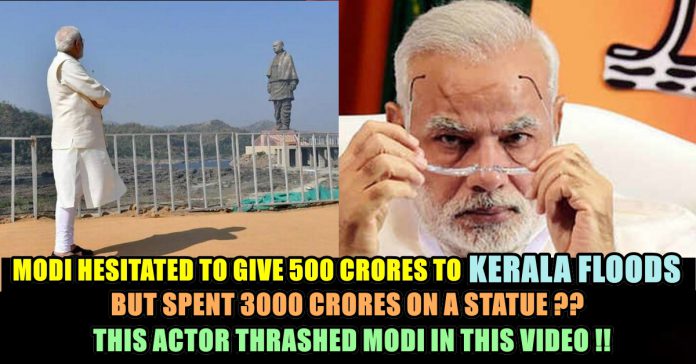 This Actor Thrashed Modi As “Insensitive Leader” For Spending 3000 Cr. For A Statue !! Watch Video !!

Prime Minister Narendra Modi today unveiled the Statue of Unity, which at 182 metres is the tallest in the world, as a tribute to freedom icon Sardar Vallabhbhai Patel on his 143rd birth anniversary. Air jets flow over the statue, helicopters showered flowers on it with fireworks in the green, orange and white colours as PM Modi dedicated it to the nation. The Sardar Patel statue, twice as tall as the Statue of Liberty, has been built at a cost of Rs. 2,989 crore and is located in Gujarat, 3.2 km downstream of the Narmada dam.

“Today is a day that will be remembered in the history of India,” said PM Modi on the day of inaugration, paying glowing tribute to Sardar Patel. He said the Statue of Unity is “a symbol of our engineering and technical prowess.” Anticipating protests by locals who demand compensation for the land used for the enormous figure, thousands of police personnel were deployed ahead of the inauguration.

Madhav Narayanan in a report to Zee news said “Modi’s politics has three different strains. First, is, of course, the Hindutva ideology of the Rashtriya Swayamsevak Sangh (RSS) of he has been a long-time soldier. Second is a modern face that stresses on clean governance, decisive policy-making and industrialisation. The third, and the least spoken about, is Gujarati pride. I have reasons to believe that Modi’s attempt to appropriate the late Congress leader, Sardar Patel, despite Patel’s criticism of RSS and its ways, is an attempt to project himself in the lineage of a great Gujarati.” 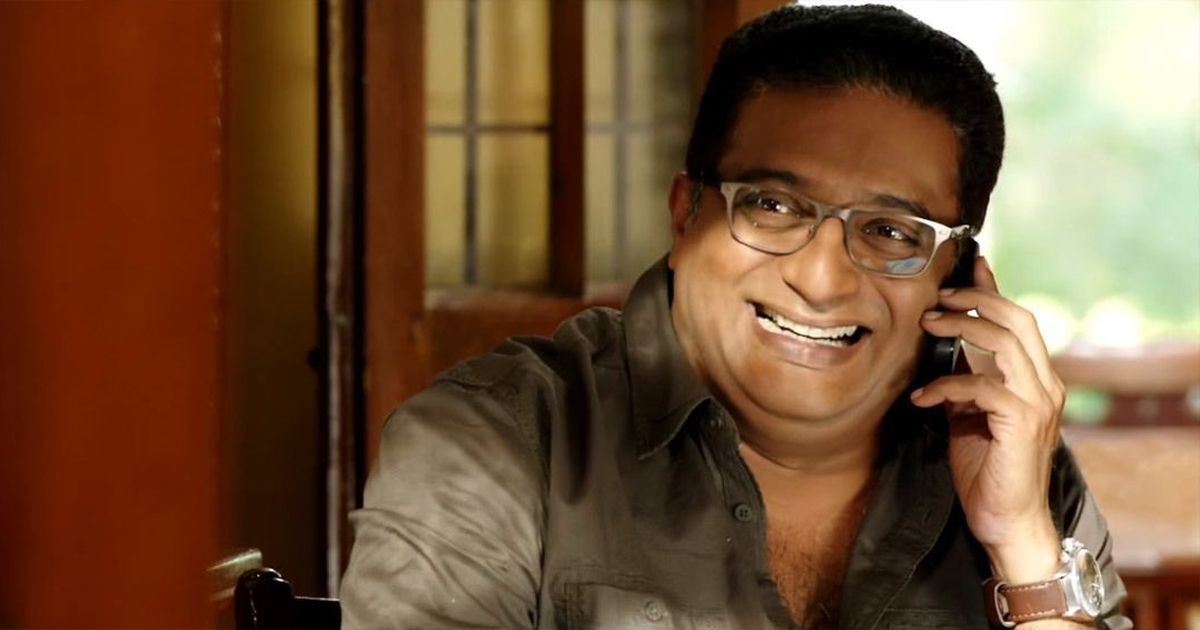 STATUE or HUMAN BEING.. Dear TROLLS..and FAKE NEWS FACTORY OWNERS who distorted what I said in an interaction on GOD.. WOMEN n RELIGION…. will you try DISTORTING this one too OR does it not serve your purpose ..#justasking pic.twitter.com/MT9360f8Qf

Yes, true Modi gave only 500cr for rehabilation to Kerala after devastating flood.

This proves Modi is just not insensitive but also not at all a patriot. He can built a statue of 3000cr but don’t want to help Kerala state after flood.

so Desperate… Sir is concerned with every kerala issue but keeps silence when bishop franco abused nuns, when kerala govt gave torture to more than 2400 devotees. we know how they put hordings of UAE for false flood relief. in kerala flood, most state govts also contributed.

Sir u can speak in front of a crowd n garner applause but wat happens when ppl goes to polling booth maters saab!🤨

Exactly sir, completely fed up with this govt. Need a rhetorical shuffling in the system.

What do you think on his allegations ?? Comment below !!

Previous articleS.VE Shekar Tried To Troll High Court’s Suggestion !! Brutally Got Trolled By Public !!
Next articleTamilnadu Fans Heart Broken On Seeing Prashanth In Side Role !! Check Out Their Reactions !!

The relationship between Kavin and Losliya is the most loved and hated aspect in the third season of Bigg Boss 3. One set of...

Protest is going on around Chepauk and the protestors have turned violent and started attacking fans who wore CSK T Shirts and also forced...