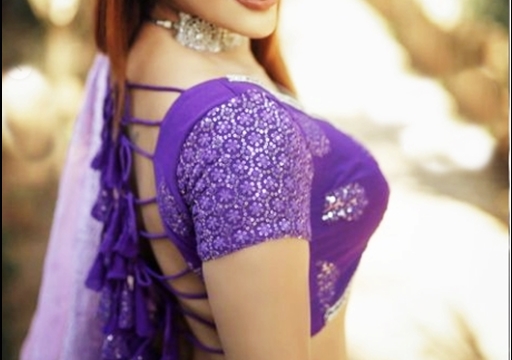 Actress Yashika Anand who predominantly working in Tamil film industry, on 1st of April, came up with a story in her Instagram handle, saying that she is going to get married soon. The actress said that she loves cinema so much and assured that she will continue to entertain people post marriage as well. However, many users of online platforms believed that it must be a prank story that was posted to fool her followers for the 1st of April.

“I’M SO HAPPY TO ANNOUNCE THAT IM GETTING MARRIED. MY MOM DAD HAVE
AGREEED TO IT. ITS TIME TO SETTLE. I LOVE CINEMA. AND NO MATTER WHAT
I’LL STILL BE ENTERTAINING Y’ALL ITS A ARRANGE MARRIAGE
LOVE LA SET AGADUUUU. NEED ALL YOUR BLESSINGS. WEDDING BELLS AROUND THE CORNER” said Yashika through her story.

Actress Yashika Anand who rose to fame among youngsters by participating in the second season of Kamal Haasan hosting reality game show Bigg Boss, is having a number of projects lined up to release. The 22 year old was involved in a romantic relationship with Bigg Boss fame Niroop and got break up.

Here’s the screenshot of her recent story the actress uploaded about her marriage : 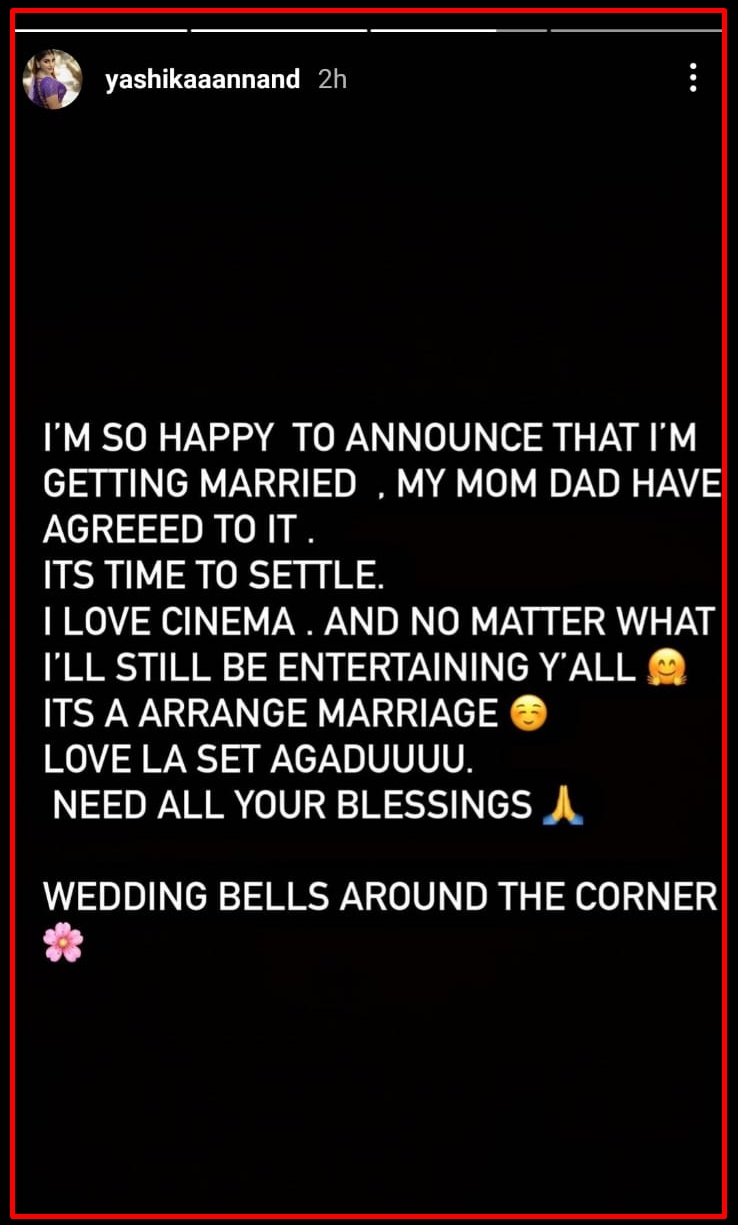 The actress recently met with a tragic accident that took place in the midnight at East Coast Road near Mahabalipuram. The actress’s friend named Valli Chetti Pavani who travelled with her died on the spot. The car, reportedly swerved from its path and struck the median strip and the images of the damaged vehicle were doing rounds in social media platforms. Yashika who got severely injured, was hospitalized for three long months and is recovering slowly. She started posting her pictures regularly only after getting discharged from the hospital. However, she often would express her emotions over losing a friend through her Insta handle.

On the work front, the actress is expected to be seen in a movie named “Kadamayai sei” along wit SJ Suryah. “Pambattam”, “Sulphur”, “Ivan Thaan Uthaman” are some of the other films she is expected to appear as female lead.

Previous articleVenkat Prabhu Replied To The Fans Who Got Disappointed Due To The Cancellation Of Shows!!
Next articleWATCH : Irfan Opened On How He Felt After His Channel Got Terminated!!