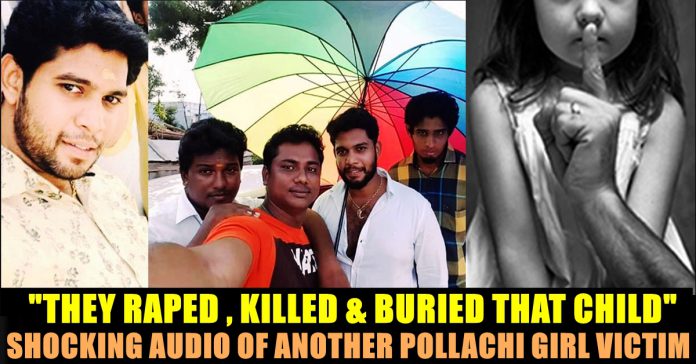 The Tamil Nadu Police has booked four accused — Sabarirajan, Vasanthakumar, Sathish and Thirunavukkarasu — in the Pollachi sexual assault case under the Goondas Act, a day after the Pollachi Magistrate Court extended the remand for three of the four accused by 15 days.

26-year-old S Thirunavukarasu, the main accused in the case hails from this quaint village. An MBA graduate, Thirunavukarasu runs a finance business and is well known in the neighbourhood.

People in Makkinampetti are hesitant to share details about his family. They are yet to recover from the shock of the sordid incident that unfolded in their backyard.

CBCID probing the case has searched the house and seized electronic devices and documents relating to the crime and the money lending business of the family.

Now to our shock an audio clip of a girl going viral in social media. The girl who identifies herself as one of the victim says that they have witnessed the Pollachi gang which consist of 8 or 9 members sexually assaulting a minor child and burying her. 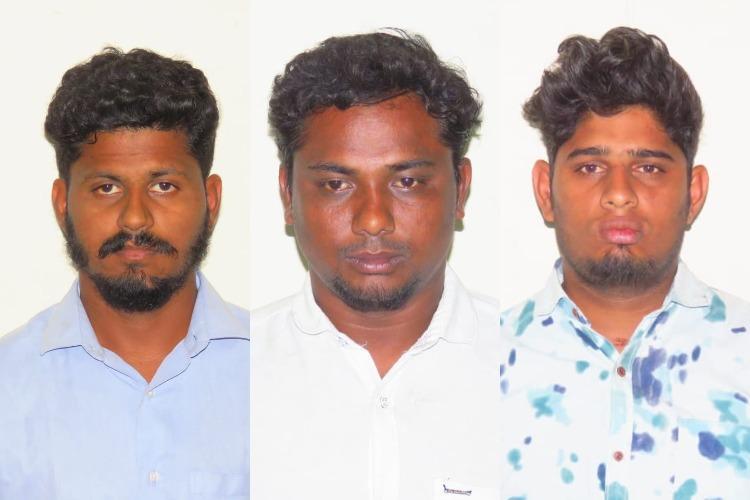 The girl’s body was buried in the house of the prime suspect in the Pollachi case, she alleges. Though the woman from the unverified audio clip is yet to be identified, the CB-CID has decided to investigate the allegations.

In the clip that was published on social media on Tuesday, the woman claimed that eight or nine persons were involved in the sexual assault of women in Pollachi. She, and four other women had once been taken to the house of the prime suspect in the Pollachi case by this gang. The men were expecting sexual favours from them, she says and claims that they managed to escape from the house.

However, the minor girl was raped, murdered and buried there. She and the other women present saw it happen, she alleges. If police were to try and identify the body, it will reveal many truths. Searching the house properly might help them find more evidence, she says.

According to the report of The New Indian Express The woman has put forth all these claims without revealing her identity or talking about how she was contacted by the gang. However, given the nature of the allegations, CB-CID officials have decided to look into it.

“The victim may think this way (audio message) is best way to convey the message to the police without disclosing her identity. Hence, it is not necessary to investigate the victim’s identity. Meanwhile, we will verify if the message has any truth by inquiring with the suspect. There is a possibility of anyone being able to spread a fake message. Hence, it (audio message) will be tested by cybercrime experts,” an official said. Express could not independently verify the veracity of the audio clip. Two more summoned for inquiry.

The CB-CID has sent summons to two men in connection with the Pollachi sexual abuse case. While one of them is the son of a DMK functionary, the other is the one who was recently expelled from the AIADMK. 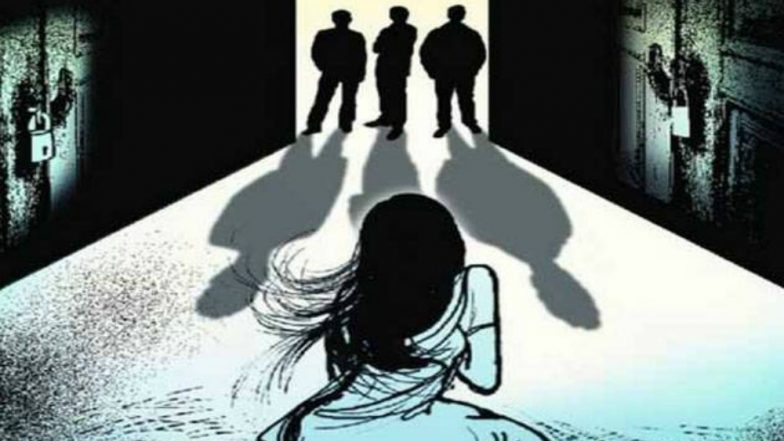 The officials have also decided to inquire with Coimbatore rural police about the prime suspect’s alibi; he had claimed that he had visited the TNCC party’s working president Mayura S Jayakumar on the day of the incident mentioned in the FIR.

Previous articleFinally The Main Person Behind Nayanthara-Radha Ravi Controversy Opened !! WATCH VIDEO !!
Next articleRCB Posted Steve Austin’s GIF & Said That They Are Waiting !! You Must See How Brutally They Got Trolled !!

Popular Director Gunasekhar's daughter and budding producer Neelima Guna, brushed off the abortion rumours that were made on Samantha by saying that she was...

With just 5 days to go for the inaugural episode of Bigg Boss season 5, a list of the final confirmed contestant has been...

Vanitha Vijayakaumar who is currently involved in analysing the season 4 of the BIGG BOSS show, made a shocking revelation about an incident that...