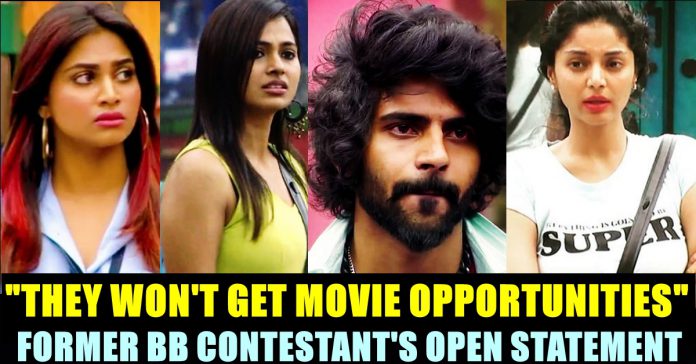 Former Bigg Boss contestant Vaiyapuri who is known for his stint in Tamil film industry has made a statement saying that the celebrities who are participating in the Bigg Boss show would not get opportunities in film industry as they expect. He said that no one who participated in the show since the first season are busy now and called it as a curse.

Now, popular supporting actor Vaiyapuri who is known for acting with Vijay, Ajith, Kamal Haasan and many other top actors of Kollywood, got participated in an interaction with a youtube channel and expressed his views on the cash rich reality game show. He revealed that the salary for the contestants will be provided according to their market value and said that it will be paid only after the show’s completion.

At one point, Vaiyapuri talked about the expectations of celebrities who are going to participate in the show. “To be frank, celebrities are participating in the Bigg Boss show believing that they will get movie opportunities. But since season one, no contestant gained that much fame and opportunities so far. It is a curse of Bigg Boss as no participants are busy in their respective field till now.” said Vaiyapuri.

Further Vaiyapuri opened on many other unknown facts about the Bigg Boss show. He said that he longed for wine after spending 50 days inside the house. The actor also said that he was provided a 100 page agreement by the management to sign before participating in the show. The 52 year old rose to fame by appearing in supporting roles in the late 1990s and early 2000s, often portraying supporting comedic characters. After spending 84 days inside the house, Vaiyapuri got evicted from the Bigg Boss show during his stint.

As far as the ongoing Bigg Boss season is concerned, Rekha, Vel Murugan, Suresh Chakravarty and Suchithra got eliminated from the show due to the less votes they received from the audience. Ajeedh got evicted and saved himself by using a pass he won during a task. Som Shekar, Balaji Murugadoss, Aari, Jithan Ramesh, Anitha Sampath, Sanam Shetty and Aranthangi Nisha were nominated for this week’s nomination. Anitha won the topple card introduced by Bigg Boss and nominated Samyuktha by using it.