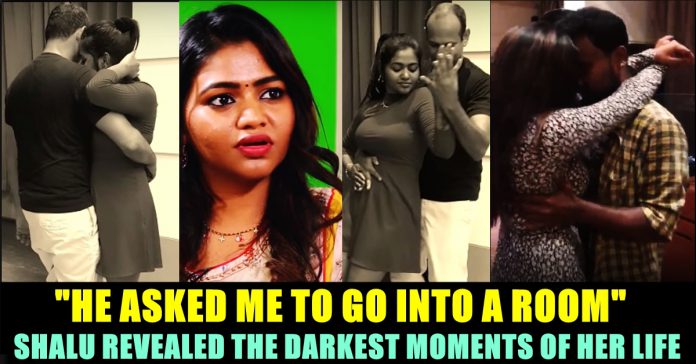 Shalu Shamu, who recently revealed about her #MeToo movement alleging a Telugu director of asking her to sleep with her, revealed about the entire incident in the interview with Indiaglitz.

In an interview, she said, “I was asked to come in a saree by him stating that he would explain about my character. I went to the said place with excitement, hoping that the movie could give me the much-needed break. Upon reaching there, I saw his family photos and realised that it was his residence,” Shalu Shamu opens up.

“Then he offered me water which I kept it aside with the fear inside me. Apart from narrating about the character, most things he talked with me are irrelevant. When he continued talking, I started sweating. When he asked me to sit in a room where there was an AC, I pretended getting a call from my home and left the immediately with fear”. she told.

“As I was not tortured by him continuously, there is no point in revealing it now. But I experienced such thing from a director. I won’t say every male in the Industry is a predator. Many filmmakers whom I have worked with have behaved genuinely. Though there are many controversies against Director Susi Ganesan, he approached me very genuinely during Thiruttu Payale -2 shoot” Shalu said in another interview. Check out her dance videos here :