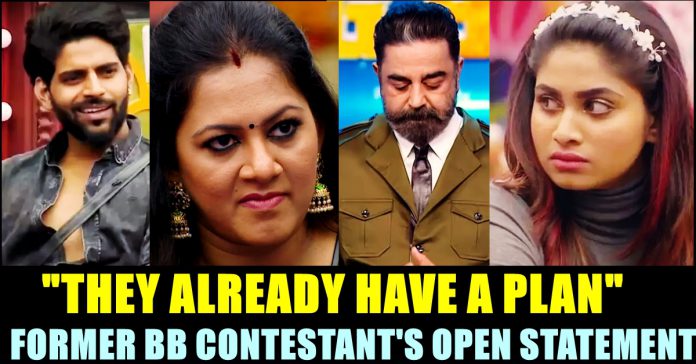 Danny, Bigg Boss contestant of season 2 had participated in an interaction with Producer Ravindran for Behindwoods youtube channel and revealed that he lost movie opportunities due to his Bigg Boss stint. Daniel Annie Pope who is known among audience for acting in films such as “Itharku Thaane Aasaipattai Balakumara”, “Yaamirukka bayamey”, “Rangoon”, “Jarugandi” appeared in an interview and shared about his insights about the show.

Danny firmly believed that the Bigg Boss management already has a plan and are acting according to it instead of giving value to the votes of public. Danny who expected Kamal Haasan to condemn Balaji last week, said that he got disappointed on seeing him questioning Aari. “At that time, I confirmed that things are not happening according to the votes of the public inside the Bigg Boss house.” Daniel said.

“So for 60 days were gone. Still there are 14 contestants staying inside the house. At this time, half of the contestants got evicted during my season. They are trying to make content out of their favourite contestants such as Aajeedh and Nisha” Danny said. “If there is no content, they would remove the contestant immediately. That’s what happened in the first two seasons. The eviction process is the highlight of the Bigg Boss show. No one would watch the show, if there is no eviction” he said.

“Without proper reason, they made eviction free for three weeks so far. People got bored of it. We are losing interest due to the non-eviction” he added.

As far as the ongoing Bigg Boss season is concerned, Rekha, Vel Murugan, Suresh Chakravarty, Suchithra and Samyuktha got eliminated from the show due to the less votes they received from the audience. Ajeedh got evicted and saved himself by using a pass he won during a task.