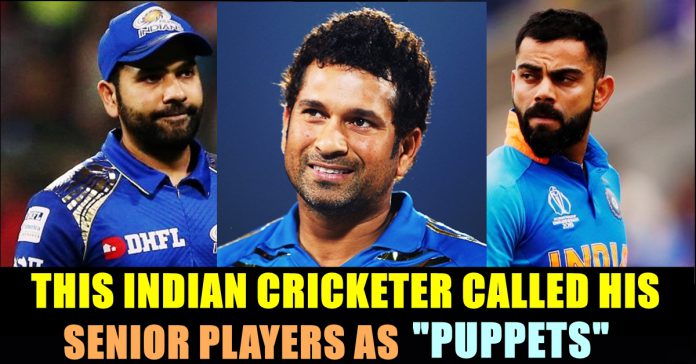 While senior cricketers and former legendary players of Indian cricket team uploading tweets against the protest being conducted by the farmers, emerging fast bowler Sandeep Sharma and Manoj Tiwari who played for team India for the past, uploaded tweets criticizing the government and people who doesn’t want foreigners to comment on Indian politics. Sandeep Sharma came up with a number of incidents that took place across the world to denote that what’s happening in India is not internal affair whereas Manoj Tiwari slammed his seniors by calling them as “Puppets”.

Since the evening of Wednesday, entire cricketing fraternity coming up with tweets opining about “India being together” and raised their voices against external forces involving in the politics of India. Starting from Sachin Tendulkar to current Indian captain Virat Kohli, almost all the top tier cricketers uploaded tweets advising their followers to be together.

As soon as these tweets grabbed the headlines across the world, Indian popular sports personalities starting from Sachin Tendulkar to former Indian all rounder Suresh Raina, many cricketers uploaded tweets indicating that Indians should decide for India. Some of the other big names such as Rohit Sharma, Ajinkya rahane, Hardik Pandya, Anil Kumble, Ravi Shahsthri came up with tweets advising their followers to be united.

Now, while netizens were slamming the entire Indian cricket, Sandeep sharma, a 27 year old pacer who debuted for India in 2015, came up with a tweet explaining logics. “Rihanna’s appeal to the world to support Indian
farmers. Many people, including the Indian External Affairs Ministry, have criticized the famous singer Rihanna for having supported the Indian farmers, saying it is the internal affair of India.” Sandeep started his post.

The cricketer concluded his post by writing “By this logic no one should care about each other because every situation is someone’s internal affair.” as his caption. Check out his post below :

The post of Sandeep seems to have deleted now and on the other side, Manoj Tiwary, former right hand batsman said that he saw a puppet show after 35 years in his life, referring to the tweets of the cricketers. “When I was a kid, I never saw a puppet show. It took me 35 years to see one” the caption of his post read.

When I was a kid, I never saw a puppet show. It took me 35 years to see one 😊 pic.twitter.com/AMCGIZMfGN

Users of Twitter are slamming those people who are responsible behind Sandeep Sharma deleting his tweet. They are also assuming that Manoj will delete his tweet sooner or later. Comment your views on these tweets of the duo !!