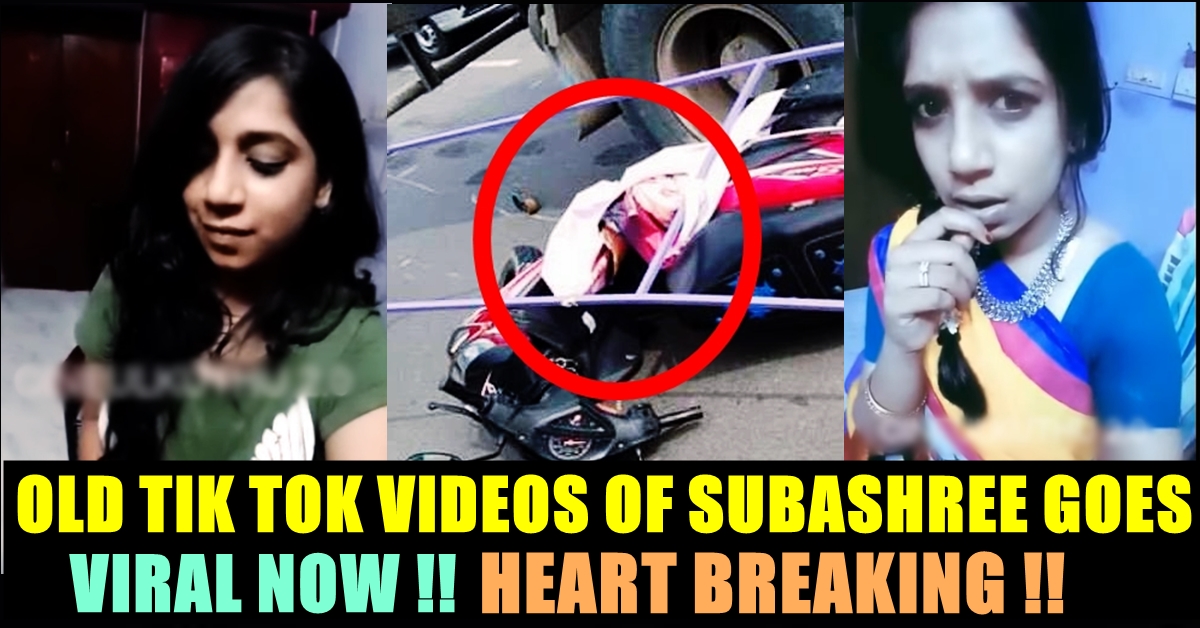 A massive outrage and a political blame-game broke out over the death of a 23-year-old girl who was run over by a tanker when she fell down as an illegal AIADMK hoarding collapsed on her on Thursday. Political parties rushed to condemn the incident. Despite the public outrage, no action was taken against the AIADMK leader whose publicity banner killed Subashree when she was returning home from her office.

“Subashree has died due to the negligence of government and inefficient police officers. Illegal banners have taken yet another life. How many more lives will be lost to power-hungry and anarchist rule?” asked DMK president MK Stalin.

Now, videos of her old tik tok recordings are creating waves in social media. When people are still questioning about the arrest on C. Jayagopal of ADMK, these videos keeps reminding people about her death and instigates them to seek for justice regarding the issue. In the videos, we can see the youngster happily syncing her lips for her favourite scenes and songs like every other college studying girls.

“The one who kept the banner has not come front to console us till instead they are making irrelevant statements which hurts us even more” said the mother. “I don’t want this to happen to another family” Father of Subashree said in an interview.

Does the @AIADMKOfficial have any plans of ensuring the arrest of S. Jayagopal whose banner was responsible for Subashri’s death? 9 days after her death, police claim he is still absconding. #whokilledsubhasree

This is indeed feels shame to live in a same world where people who are not feeling guilty of killing a young girl are living. What do you think on Police officers attitude towards the arrest of Jayagopal ?? Comment your views !!

Fans Praised Actor Vijay For Moving The Mic Stand By Himself !! Here’s How Anchor Ramya Reacted !!
Fans Asking BIGIL Producer Not To Praise Nayanthara !! Check Out The Reason !!