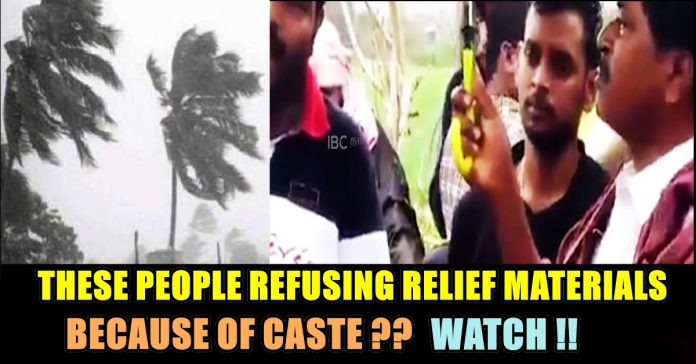 These Group Of People Refused Relief Materials Because Of Caste ?? SHOCKING VIDEO !!

Tamil Nadu’s Cauvery delta districts, still reeling from the onslaught of cyclone Gaja, faced more woes as relief and restoration works were hit by heavy rains which continued to pound the region on Tuesday. Even Chief Minister Edappadi K Palaniswami, who visited the affected places five days after the storm, had to cut short his programme. The chief minister, who landed in Pudukottai, visited a couple of places and arrived at Tiruvaru, only to cancel his engagements due to the incessant heavy downpour.

After distributing solatium and relief material to a few beneficiaries, Palaniswami told the media that an early appointment had been sought to meet Prime Minister Narendra Modi to apprise him of the grave situation prevailing in the cyclone-hit region and seek funds to speed up massive relief and restoration works.

“We are hopeful of getting an appointment to meet the PM by tomorrow or the day after. We have sought an early appointment,” he said while responding to a reporter’s query at Mappillaiyarkuppam. On declaring the calamity as a national disaster and securing adequate funds from the Union government, he said, “It will be taken up with the Centre. We will impress upon the Centre about the vast extent of the calamity and the grave situation prevailing here”.

Palaniswami also appealed to the people to extend assistance to those affected by the cyclone. He assured that no one who has been affected would be left out. “The process of assessment is yet to be completed and it will be a comprehensive one,” he added. The delayed visit of the CM and its cancellation midway, has not gone down well with the people in the affected areas. Already, people have started venting their anger at the ruling AIADMK for the poor facilities at the relief camps and the lack of food and medical aid.

The past few days witnessed state handloom minister OS Manian being attacked by angry protesters in his native Nagapattinam district, police vehicles getting torched and a deputy superintendent of police attacked by a mob near Pudukottai. Road blockades were also reported from many places. 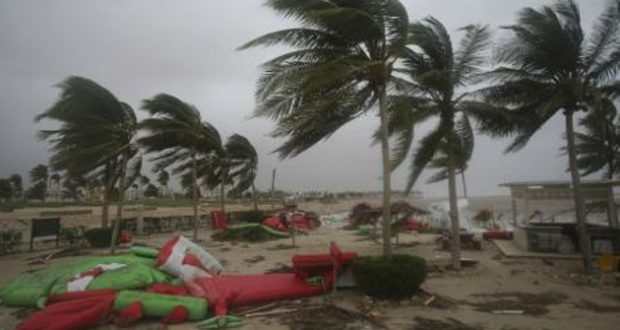 Reacting to the CM cutting short his visit, DMK president MK Stalin said, “It has been five days since the cyclone-ravaged the delta districts and the CM is visiting by a helicopter only now. When the people needed the government most, he was cutting ribbons, ignoring the sufferings of the cyclone victims. What is the use of the government announcing Rs 1000 crore for relief works without assessing the extent of the colossal damage.”

Meanwhile a shocking video surfaced on Internet where there were heavy argument between some people about receiving relief materials.

The video shows a man saying “You guys are separating from others just because your caste, there are 3 buildings, if they occupy 1 building, you guys stay in other two , atleast be united in that way” where the other man says “If you consider caste in this desperate situation, you may all die”

“We are doing all we can do. please utilize it. Now please go to school” the man pleads to a group of men it seems. Watch the video below :

The deadly storm, which claimed 45 lives, had damaged over one lakh houses and uprooted lakhs of trees and thousands of electric poles in Nagapattinam, Thanjavur, Tiruvarur, Pudukottai among other districts in the region. With power supply yet to be restored in many affected places and relief and restoration works yet to gain momentum, the heavy rains due to a low pressure area in the Bay of Bengal comes as another big blow.

What do you think on this video ?? Please do comment below !!

Previous articleMan Masturbated Infront Of 26 Y/O Woman In Bus !! Taken Into Police Custody !!
Next articleFans Called Aussies “CHEAT” After India Lost Against Them Yesterday !! CHeck Out Why !!