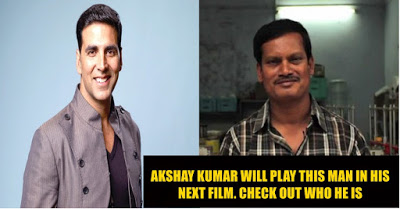 You’d Be Surprised About Akshay Kumar’s Role In This New Film. Worth Every Penny.

The story of real life (super)hero Arunachalam Muruganantham will soon be played out on the big screen by (in all likelihood) Akshay Kumar. For those who don’t know Muruganantham, he is the school drop-out from Coimbatore who made it his life’s mission to provide low-cost sanitary napkins to poor women across rural India. Ummm… would this provide enough fodder to make a mainstream Bollywood film, you wonder?

This upcoming movie would be produced by the new production house of Twinkle Khanna and in this, Akshay would be essaying the character of Arunachalam Muruganantham, the man who is responsible for the empowerment of rural women.

Here are some interesting elements from Muruganantham’s life:

Quirky, emotional, life-affirming, inspirational with a ‘true story’ tag – Muruganantham’s story has all the ingredients to make for an interesting Bollywood money-spinner. And with reports of Akshay Kumar fronting it, you can bet this off-beat real life saga will have enough mass-appeal.

For now, it’s over to Twinkle Khanna and director R Balki to make this film as extraordinary as the menstrual man who inspired it.

Indian captain Virat Kohli, seasoned off spinner Ravichandran Ashwin, KL Rahul and some other Indian players were not at all happy after a DRS...