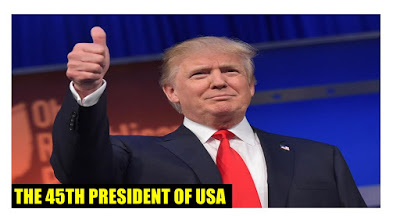 Donald Trump has claimed victory before a crowd of cheering supporters at his New York headquarters, calling on Americans to “come together as one united people” and congratulating Hillary Clinton on a hard-fought battle.

In what appeared to be an one sided battle right from the start Donald Trump successfully defeated his Democratic Counter part Hillary Clinton By securing 276 wins. Hillary Clinton ended up securing 218 wins.
Few of Trump’s election campaign promises got him the votes of die hard Americans. Here’s few of them.

1. ‘Build a wall’ — and make Mexico pay for it2. Temporarily ban Muslims from entering the United States3. ‘Bring manufacturing (jobs) back’4. Impose tariffs on goods made in China and Mexico5. Renegotiate or withdraw from the North American Free Trade Agreement and Trans-Pacific Partnership6. ‘Full repeal of Obamacare’ and replace it with a market-based alternative7. Renegotiate the Iran deal8. Leave Social Security as is9. Cut taxes10. ‘Bomb’ and/or ‘take the oil’ from ISIS