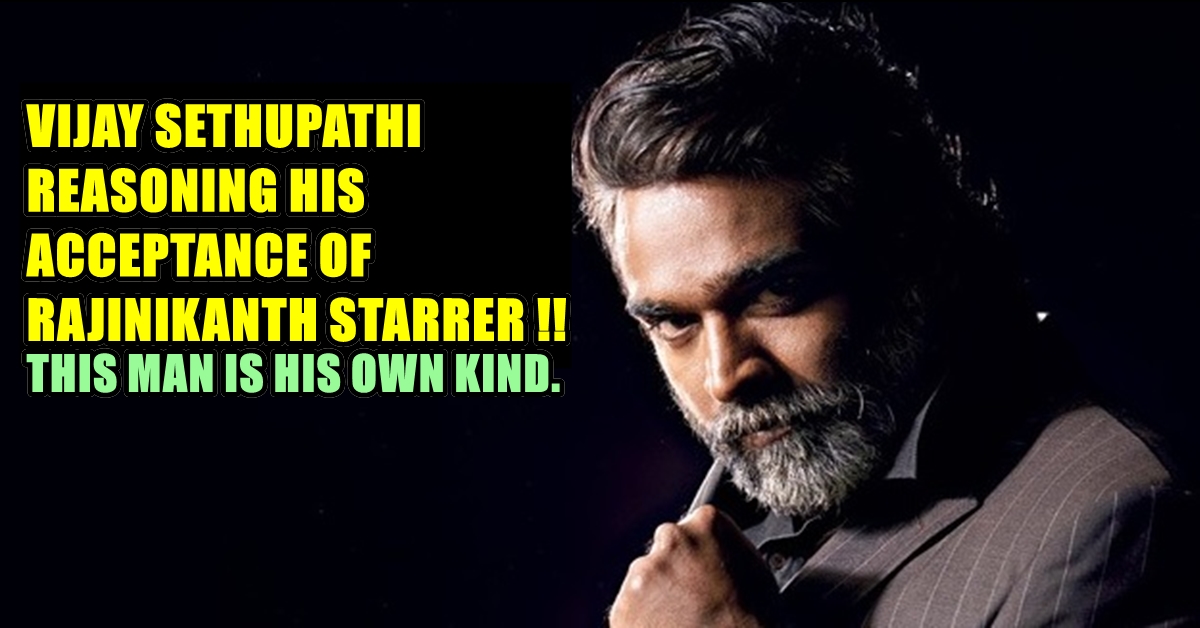 Actor Vijay Sethupathi is all set to star alongside Rajinikanth in Karthik Subbaraj’s next film. The untitled movie that will be produced by Sun Pictures is touted to be an action-drama flick. Rumour has it that Vijay Sethupathi might play the role of the villain in the film. This is Sethupathi’s first outing with Rajinikanth. Vijay Sethupathi is currently filming for Mani Ratnam’s Chekka Chevantha Vaanam. The actor, who has quite a few slated releases in 2018, is enjoying the fruits of his labour in the critically acclaimed Vikram Vedha. Interestingly, director Karthik Subbaraj revealed in a recent interview that he wanted to cast Rajinikanth in his 2014 film Jigarthanda . However, he was too scared to approach the superstar as he was a budding filmmaker at that time. But when Rajinikanth saw the film, he said he felt that he was watching himself on the screen.  “…He told me whenever you have any role for me just approach me… I did not know whether he will do a film with a director who is just one film old or not. When I saw that he worked with Pa Ranjith on Kabali, who is two-films-old, I became confident,” Subbaraj said. Talking about his project with Rajini, he added, “This is a realistic film but it will have elements of Rajini sir. It is a fictional story. He loved the script.”

The stars who added in the film crew lately are Bobby Simha , Sanath Reddy, Karunakaran and Yogi Babu. Vijay sethupathi in a recent press meet interaction revealed that he did not even listen to the script from Karthick Subbaraj and also has no clue about his character. He accepted the offer just because his personal relationship with the director and his confidence in his ability to make phenomenal films.

Finally The Executive Director Of Human Rights Bashed Indian Government For Sterlite Killings !!
OMG : These IPL Players Earned This Much For Every Run They Scored !!