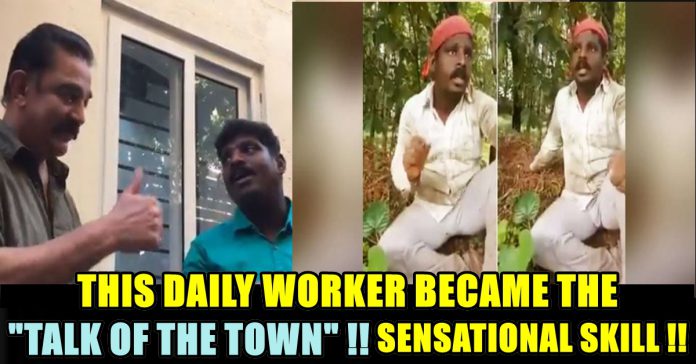 Only days ago, he was going about his job, cutting and loading rubber into trucks, in his hometown, Nooranad, Alappuzha. Today Rakesh Unni is singing before the people he adores, singer Shankar Mahadevan and actor Kamal Haasan. 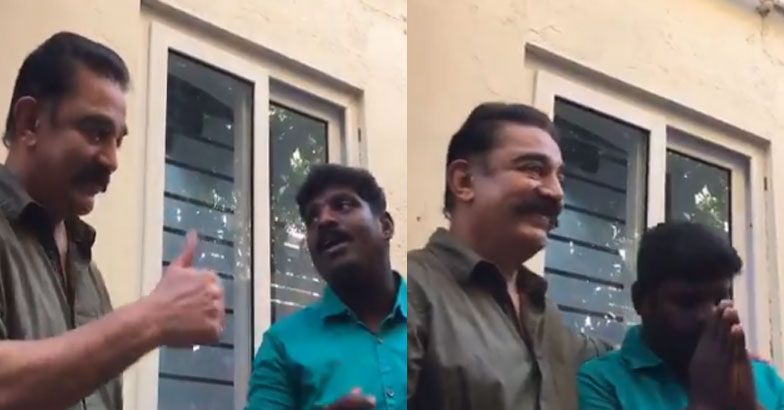 Posts on social media show Rakesh singing ‘Unnai Kaanadhu’ from Kamal’s Vishwaroopam, before the Tamil star, who goes on to put an arm around his shoulder and pat him on his back. 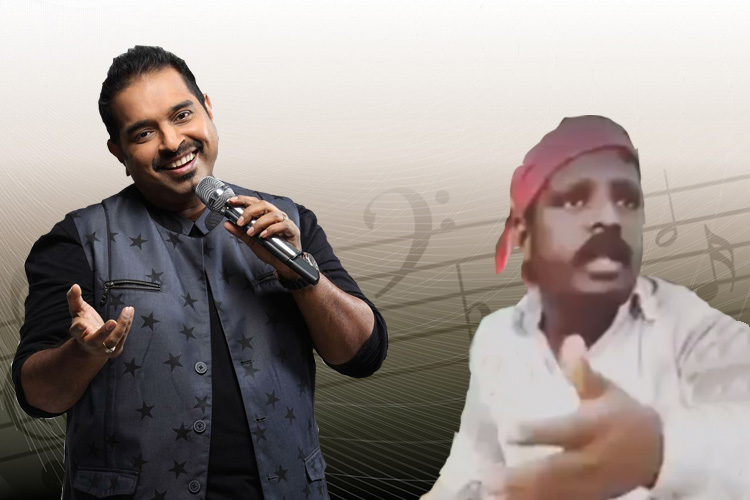 A video of Rakesh singing the song has been going viral on the internet for the past few days. Shankar Mahadevan picked it up and posted it on his Facebook, asking who this talented singer was that had sung his song so well. “This is called fruit of labour! ‪When we hear this, it just makes me feel so so proud of our country that produces so much talent and is so rich in culture,” he wrote. 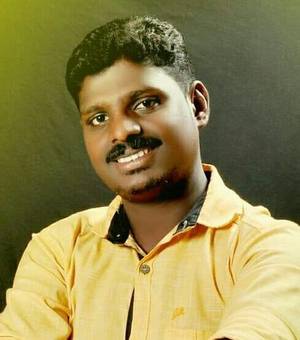 Musician Ghibran too had tweeted asking for the contact of the unknown singer. In Mollywood, he was sought by composer Gopi Sunder.

Rakesh had no idea that a song he sang, sitting among rubber trees, would fetch him so much attention. It was just another work day when he and his friend had sat down during break time and Rakesh had sung the song. The friend recorded him singing and the video was put online. Someone took notice and calls started coming from singers and musicians. Rakesh was happiest when the man he adored – Shankar Mahadevan – called and told him he has a good future and that they would meet and sing together. Looks like the dream is coming true already.