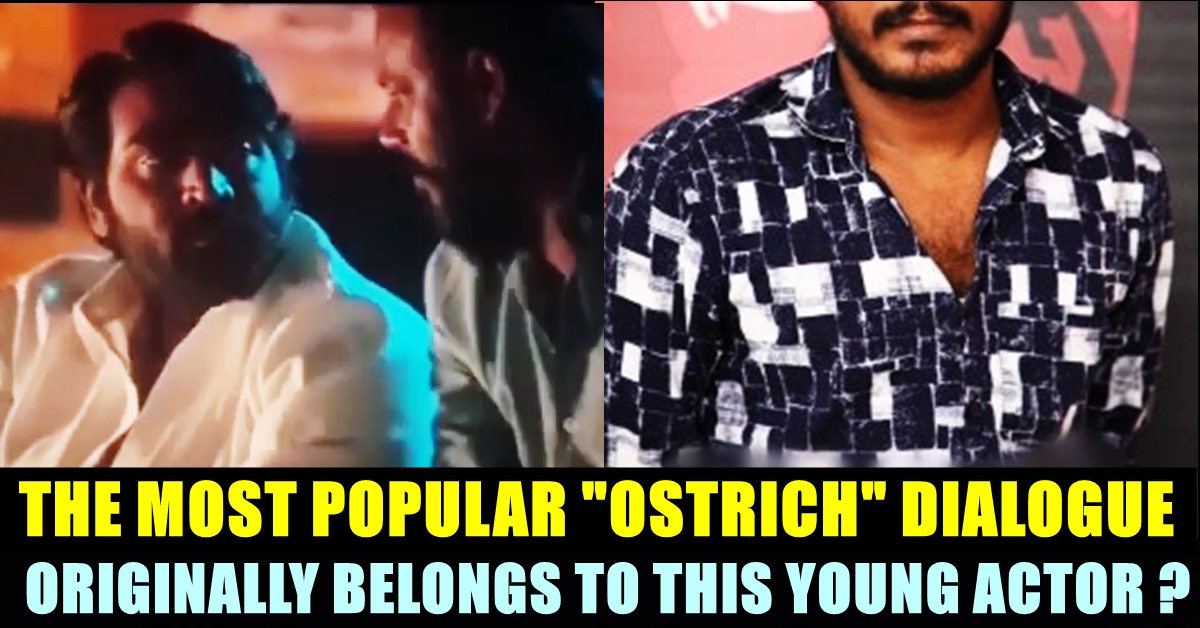 “Master” released on theatres and is running successfully in theatres. The film which received mixed reviews from the audience, became a box office hit due to the huge fan base of actor Vijay. The ensemble cast of the film included some of the notable names of Tamil cinema industry such as Vijay Sethupathy, Nasser, Shanthanu, Arjun Das, Andrea, Malavika Mohanan with many other upcoming actors.

The role of Vijay Sethupathi who played “Bhavani” also impressed the fans who watched the film in theatre. Especially, the philosophy he uttered about “Ostrich” bird cracked up the audience and left them in splits. It also caused memes, trolls, reactions in the Internet medium with many people uploading it as their whatsapp status. Now, it has been revealed that it is not Vijay Sethupathi who used the philosophy for the first time. A scene in “Vikram Vedha” contains similar dialogue and the video of the same is doing rounds in social media platforms. It is notable that the scene involves Sethu himself and he played antagonist in the Pushkar-Gayathri directorial as well.

“Master” film which shows Vijay as an alcoholic professor, contains Vijay Sethupathi, Arjun Das and Malavika Mohanan as a gangster, henchman and a college professor respectively. Locking horns with John Durairaj played by actor Vijay, Vijay Sethupathi who represented Bhavani, comes as a ruthless killer who uses juveniles as his pawns to establish his criminal enterprise.

During a scene, while talking with one of his accomplice, Vijay Sethupathi would say that he feels a bit of anxiety about the result of the upcoming election in which he is going to contest as a candidate. The assistant would reply that he would easily win the election as there is no one to oppose him. Replying to him Sethu would come up with the Ostrich philosophy.

“Have you ever heard of an Ostrich ? The egg it lays will be huge in size and that will look astonishing for us who are watching it but the pain will be felt only by the Ostrich” Sethu would reply. The particular scene went insanely viral in social media platforms.

My Friend :- Nee than da Life la Jolly ya irukka😌🔥

Several memes based on the scene keeps surfacing in the Internet. Meanwhile, a video of Kathir using a similar dialogue in “Vikram Vedha” to Vijay Sethupathi made the fans to realize that Bhavani is not the first one to discover the philosophy.

In the film when Vedha says that one should not regret breaking an egg but should make use of it by making an omelette out of it, his brother “Pulli” would reply saying “But the Chicken which laid the egg is the only one that knows the pain”

Mani kandan who acted in films such as “Kaala”, “Kaadhalum Kadanthu Pogum” wrote dialogues for “Vikram Vedha” starring Madhavan and Vijay Sethupathi. Movie reviewer Abishek believes that the “Ostrich” analogy belongs to him. Comment your views on these similarities between the two dialogues !!