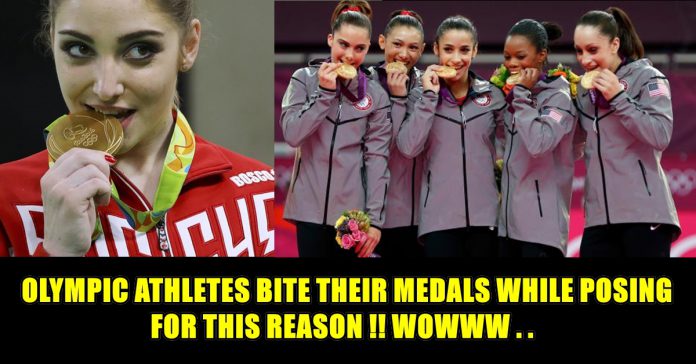 People who were fascinately watching the Olympics must have also noticed a very bizarre trend. That of Olympians biting their medals while posing for pictures.The act has a very interesting history behind it. It’s not a chocolate coin wrapped in gold foil.That’s actual metal that composes that Olympic medal, so why do athletes bite them?

“We have no idea why they do it, As far as I know, it is an old habit” says the Anthony Bijkerk, secretary-general of the International Scociety of Olympic Historians. 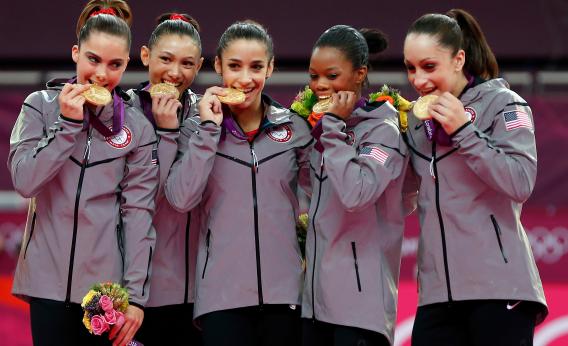 A common fact about the Olympics gold medals is that it is not made of pure solid gold. According to CNN, Olympic gold medals are actually made of 494g of silver and 6g of gold. The last time actual gold medals were given, was in 1912 during the Summer Olympics in Stockholm, Sweden.

There’s actually a few reasons, but the most obvious is that it’s a pose photographers really, really like to capture. 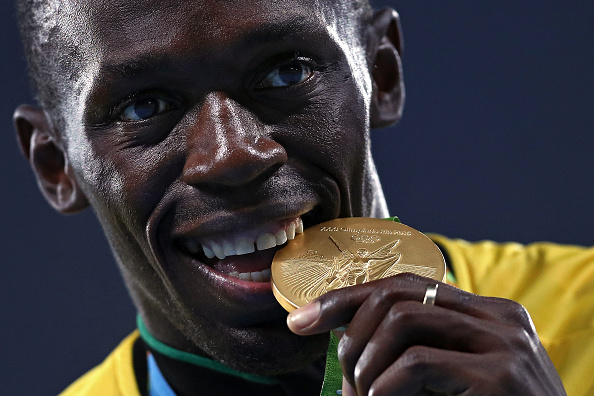 “It’s become an obsession with the photographers,” David Wallechinsky, the president of the International Society of Olympic Historians and co-author of “The Complete Book of the Olympics” told CNN in 2012. “I think they look at it as an iconic shot, as something that you can probably sell. I don’t think it’s something the athletes would probably do on their own.”

In a video shared by NBC in August 2016, former Olympic swimmer Natalie Coughlin and former Olympic hurdler Dawn Harper-Nelson said that, after winning their medals, they were faced by a mob of press photographers who demanded they bite their newly acquired hardware.

Video Source : Today I Found Out

There have been incidents of athletes chipping their tooth because of biting too hard as well. Like David Moeller from Germany, who bit into his silver medal with extra fervour on a photographer’s say so.