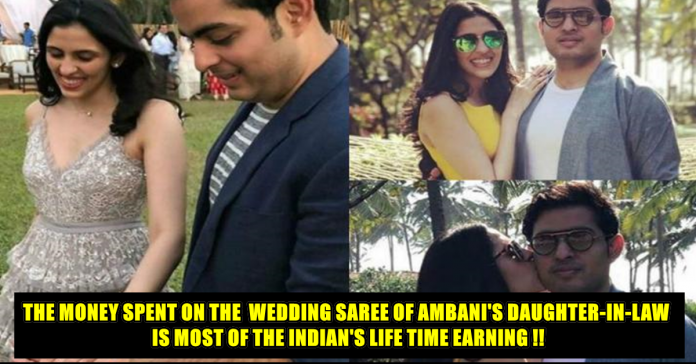 Though the two families have been talking to each other for the wedding for sometime now, the plans were formalised at the Goa event, which was planned before Holi. 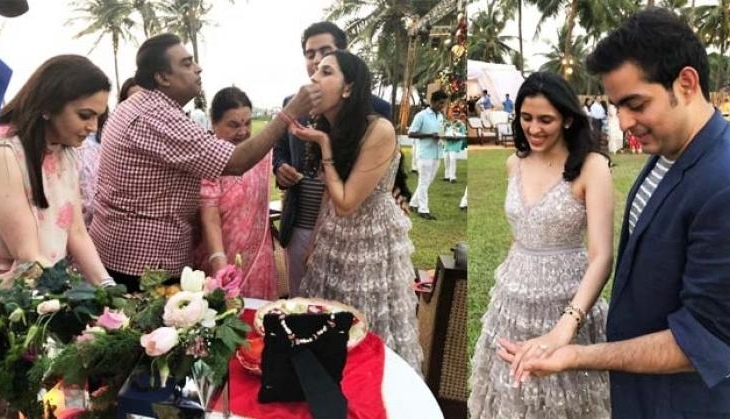 The marriage is planned for early December, with celebrations spread across 4-5 days, they said, adding the possible dates may be December 8-12 at the Oberoi, Mumbai.

Akash is the eldest son of India’s richest man Mukesh Ambani and Shloka Mehta is the daughter of Russell Mehta, who heads Rosy Blue Diamonds. 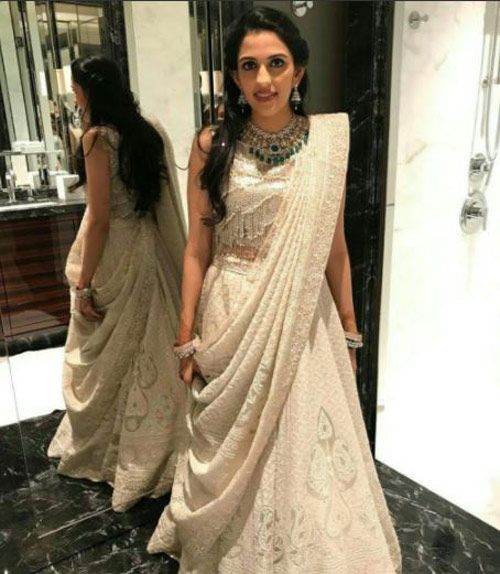 The Ambanis and Mehtas know each other well and Akash and Shloka studied together at the Dhirubhai Ambani International School. 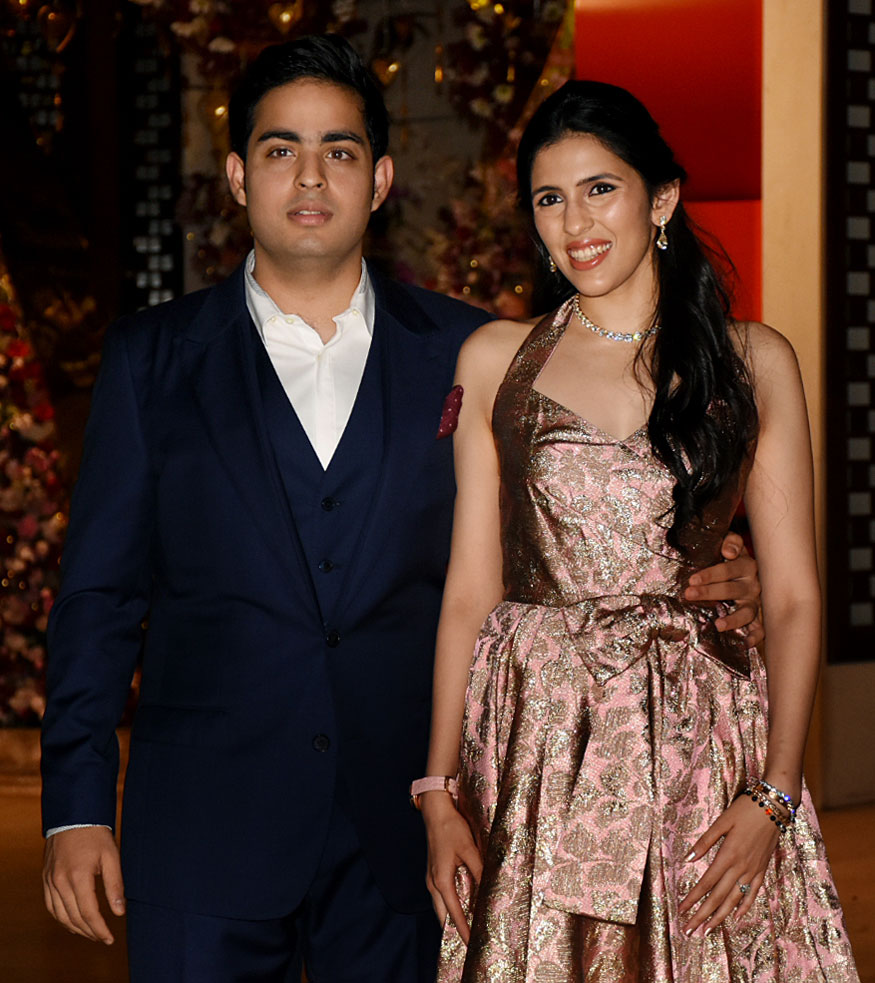 Now it is reported that the wedding saree for the bride is getting ready in Chennai. The saree allegedly contains pure gold and navaratna gold embroidered ornamental wedding saree for Shlokha has been in the works for the past one year with 36 weavers working on it. The double weaved Kancheepuran saree would weigh 8 kgs and blouse will have pure diamonds engraved on it. The cost is said to be Rupees 50 Lakhs. 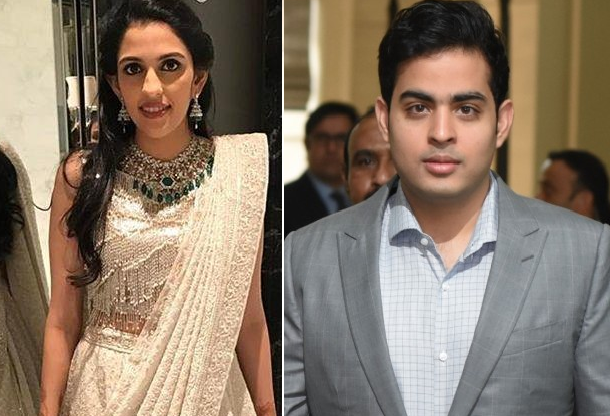