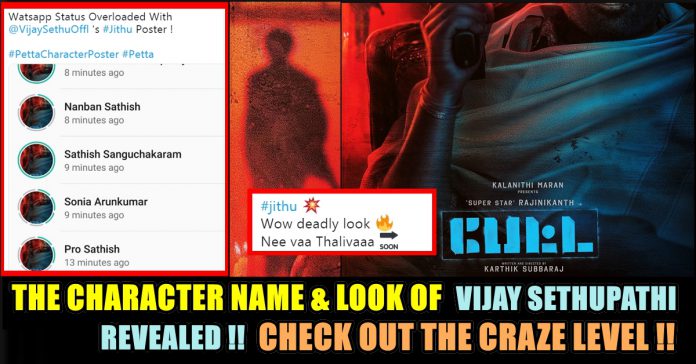 The Most Awaited Character Look Of Vijay Sethupathi In “PETTA” Revealed & It Goes Viral !!

Petta is directed by Karthik Subbaraj and is his first collaboration with the Superstar. The movie has an ensemble cast which includes stars like Simran, Trisha, Vijay Sethupathi, Bobby Simha among others. Bollywood actor Nawazuddin Siddiqui also plays an important role in the movie. 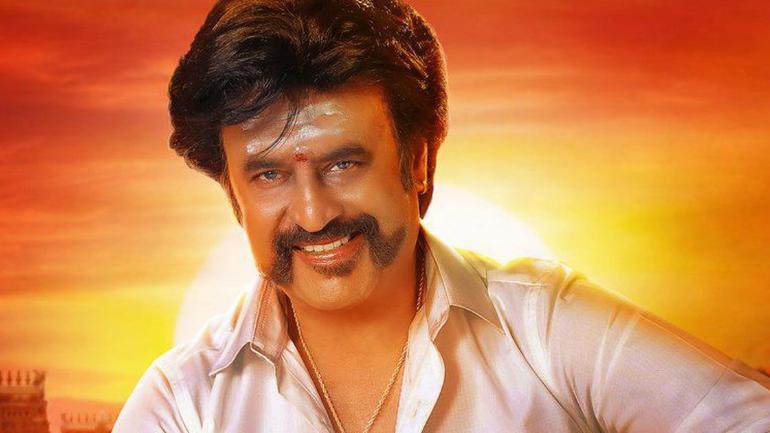 Anirudh Ravichander is the music director while Tirru, who won the National award for Suriya’s 24, is the cinematographer for Petta.

The movie which is produced by Sun Pictures is slated for a Pongal 2019 release. Yesterday the first single of the film which stormed the internet.“Marana Mass”, the first single from upcoming film Petta, was released on Monday bringing Christmas early for fans of Superstar Rajinikanth.  The ‘mass’ folk number composed by young musician Anirudh Ravichander is an absolute blast. It is sung by S P Balasubrahmanyam and Ravichander, with lyrics penned by Vivek. The song celebrated the ever-growing charisma of the Superstar, who has retained the number one position in the film industry for over four decades. The song opens with Rajinikanth’s signature smirk coupled with a punchline. The rough translation of the dialogue reads, “You will see this Kaali’s game from now on.” While this punchline may not be that significant, it still holds an important information pertaining to our hero. 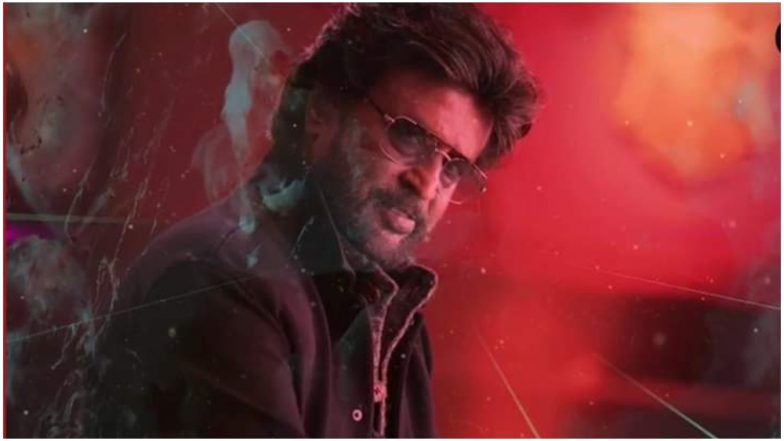 The most special thing about the poster is the person behind Sethupathi in silhouette. It looks exactly similar to the pose of Rajinikanth in the motion poster.

As soon as the look was revealed twitter went crazy. Check out who are all excited on the update :

Straight from the sets of #ccv?

@karthiksubbaraj would have definitely sketched a menacing villain for Thalaivar #SuperstarRajinikanth! Do big, #Jithu 🔥

Comment your views on the character of Vijay Sethupathi !!
Previous articleFinally Actor Prashanth Responds To “That Viral Picture” Which Involved Him And Actor Ajith !! Watch Video !!
Next articleThis World Cup Hero Announced His Retirement From All Forms Of Cricket !! Heart-Breaking !!

Vanitha Vijayakumar’s Official Statement On The Speculations Of Media !!

Vanitha Vijayakumar came up with a long Twitter post disclosing about her mind state after several media portals speculated that she chased her husband...

Director Seenu Ramasamy Cried On Stage Because Of Ilayaraaja !! WATCH

A Man With Indian Flag Found In A FIFA World Cup Football Match In Russia !! : Check Out His Story !!

Germany just crashed out of the World Cup after being defeated by South Korea, leaving us Indians shell-shocked yet, so, so excited about what's...

As we all know, Sandy is one of the mischievous contestant in the Bigg Boss house. Being one of the very few contestants...