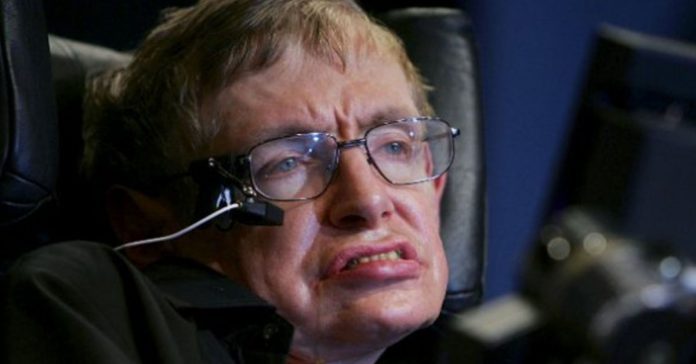 The Man Who Made The Doctors False For More Than 50 Years Died.

One of the world’s renowned physicist has died peacefully at his home in Cambridge in the early hours of Wednesday, his family said. The man from British wrote several books about the universe and our existence. Stephen has also published many scientific papers and lecture notes such as My Brief History, The Grand Design, A Brief History of Time, Black Holes: The Reith lectures and many other notable books which will show the intellectuality of this scientific phenomenon. Diagnosed at age 21 with amyotrophic lateral sclerosis, or ALS — also known as Lou Gehrig’s disease — Hawking proved every doctor wrong as he defied their grim prognoses decade after decade again. The illness left him in a wheelchair and largely unable to speak except through a voice synthesiser. Given just two years to live when he received his diagnosis, Hawking went on to have a lifetime of achievements, including his 1988 best-selling book, “A Brief History of Time,” which translated the complex fundamentals of physics into simple language and sold more than 10 million copies. As the world’s best-known physicist, he became a pop culture fixture, as well, with a 2012 cameo on “The Big Bang Theory” and a movie based on his improbable life and career, “The Theory of Everything” in 2014.

In his website it is evident that he wrote “I try to lead as normal a life as possible, and not think about my condition, or regret the things it prevents me from doing, which are not that many. I have been lucky that my condition has progressed more slowly than is often the case. But it shows that one need not lose hope.” In an exclusive interview to CNN in October 2008 Stephen Hawking said that if humans manage to survive until next 200 years, then they will definitely learn how to live in the space. He also added that the future of the humans will be bright if that happens. Hawking was born in Oxford, England, on what turned out to be an auspicious date: January 8, 1942 — the 300th anniversary of the death of astronomer and physicist Galileo Galilei. At Cambridge, he held the position of Lucasian Professor of Mathematics — the prestigious post held from 1669 to 1702 by Sir Isaac Newton, widely considered one of the greatest scientists in modern history. And he is honoured by the Presidential medal of freedom, the highest U.S civilian honour, in 2009.

For all his remarkable fame and success, Hawking joked in 1993 that he had only one complaint: that his voice synthesizer didn’t accurately reflect his British heritage. “The only trouble is it gives me an American accent,” Hawking said. People across the world loved his courage and humorous perception with brilliancy which is evident in his death today.

Previous articleShami’s Wife Again Comes Up With a New Allegation : Says That He Tried To Kill Her By Giving Sleeping Pills.
Next articleSHOCKING : HBO Confirms Your Favourite Characters In GOT Will Die In Season 8

The official announcement on the Hindi remake of 2017 Tamil blockbuster "Vikram Vedha" has been announced by the makers of it on Friday. The...